By Jameschisa (self media writer) | 2 years ago 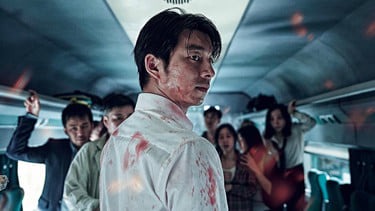 To help subscribers sift through Amazon’s vault of films, we’ve identified some of the best movies available on the service. Just keep in mind that some titles might not become available until later in the month.

This South Korean horror film follows a group of passengers aboard a high-speed train from Seoul to Busan as the outbreak of a deadly virus begins turning people into ferocious, flesh-hungry creatures, and those aboard the train must find a way to survive. One of the most tense, frantic zombie films ever made, director Yeon Sang-ho’s adventure focuses on a small group of people aboard the train as they’re forced to overcome their differences in order to keep themselves and their loved ones alive. The movie broke several box-office records both within South Korea and internationally, and it also spawned a 2020 sequel.

What happens when anti-authoritarian punk rock musicians become fathers? This documentary from filmmaker Andrea Blaugrund Nevins explores how entertainers who spent their lives and careers bucking the status quo and promoting an anti-establishment worldview juggle the responsibilities of fatherhood and being the supportive parents their children need them to be. A long list of musicians weigh in on the struggle to find balance in the contradicting lives they often lead on the stage and in their homes, including Art Alexakis of Everclear, Fat Mike of NOFX, Flea of Red Hot Chili Peppers, Lars Frederiksen and Matt Freeman of Rancid, and Brett Gurewitz of Bad Religion, among others.

Both Arnold Schwarzenegger and filmmaker James Cameron effectively launched their Hollywood careers with this sci-fi action film about a seemingly indestructible android assassin sent back in time to kill the mother of a man who will lead a revolt against humanity’s robotic overlords in the future. Schwarzenegger portrays the movie’s titular killer robot, while Michael Biehn and Linda Hamilton play the pair of humans desperately trying to save themselves and humanity’s future. A seminal film in the sci-fi genre that has inspired countless other projects in various media, the film is widely praised for its groundbreaking visual effects and was selected for preservation in the National Film Registry by the Library of Congress in 2008.

Mindy Kaling wrote and costarred in this dramatic comedy about a popular late-night TV host whose latest hire to the show’s writing team kicks off a chain of events that has a profound effect on her career. Emma Thompson was nominated for a Golden Globe Award for her performance as the veteran host looking to resuscitate her career by adding some much-needed diversity to the writers’ room, while Kaling portrays the Indian-American woman who’s forced to navigate the very white, very male world of late-night comedy.

This ensemble comedy puts a fresh spin on the mystery genre as it follows a colorful cast of characters who are brought together on a dark and stormy night by a mysterious host, only to realize that one — or more – of their fellow guests is a killer. Although the film is ostensibly based on the board game of the same name, Clue goes off in a variety of directions all its own and even features multiple endings that explore who could have committed the crime in the end. Eileen Brennan, Tim Curry, Madeline Kahn, Christopher Lloyd, Michael McKean, Martin Mull, and Lesley Ann Warren play the party’s eccentric guests, who each harbor a dangerous secret.