How Small Doctor Has Bonded Well With Fuji Stars, Osupa And Pasuma Despite The Two Being Arch Rivals

By SaheedOjubanire (self media writer) | 7 months ago 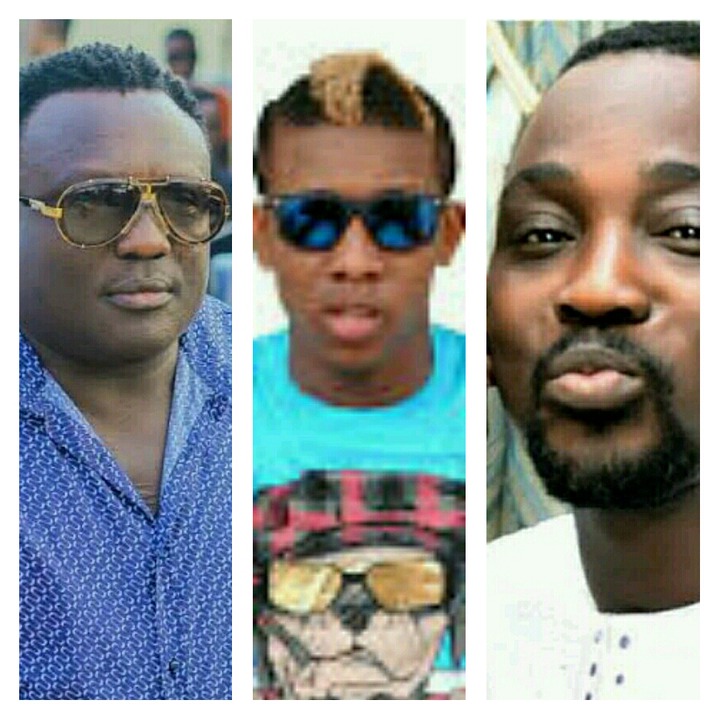 For every discerning mind following developments in the Fuji music industry Nigeria, it would be agreed without any fear of contradictiction that, two super stars from the industry, Alhaji Saheed Okunola who is better known as Saheed Osupa and Alhaji Wasiu Alabi Odetola who is popularly known as Pasuma, are arch rivals. As a matter of fact, apart from the agelong rivalry that once existed between the creator of Fuji music, late Sikiru Ayinde Barrister and his contemporary in the industry, Alhaji Kollington Ayinla, which dragged for many years until a short while before the demise of Barrister, there seemed to be no other rivalry in that industry stronger and deeper than the one that has existed between Saheed Osupa and Pasuma. 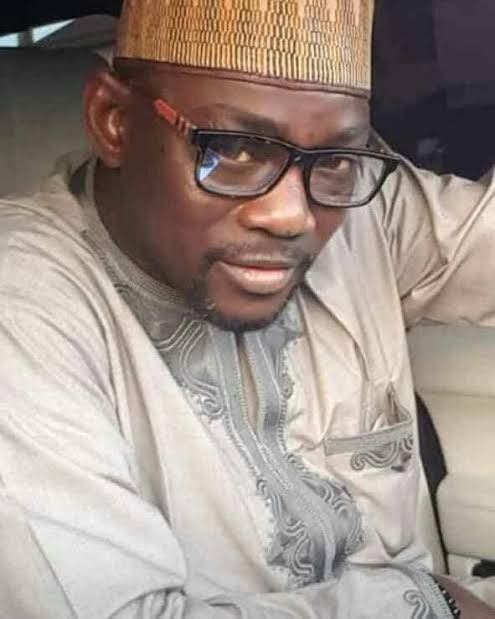 And interestingly, their rivalry is part of what has given Fuji music its assorted sauces that are making it a delicious musical meal to serve to the fans of the genre of music. Because if you check generally, most fans of Fuji music are either of Olufimo, a generic name created by Saheed Osupa to distinguish his fan base from others; or of Oga Nla family, which is the Pasuma's version of generic name created for his fans base. And other Fuji music fans are just the neutral ones who are in-between. That is how interesting the long time professional rivalry between Saheed Osupa and Pasuma has made Fuji musuc to be, over the years. 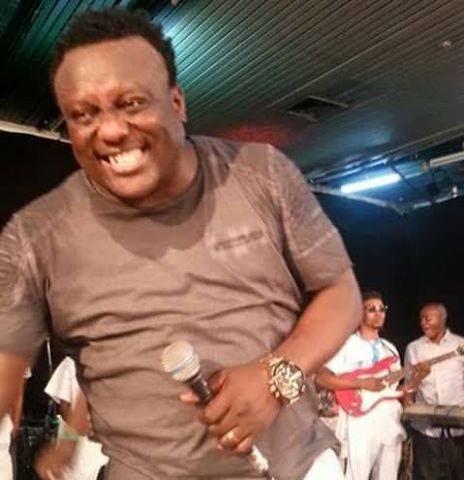 Meanwhile, something is quite peculiar to Pasuma as a leading Fuji artiste, and the way he relates with other entertainment industry people who want to be close to his circle. And that is the fact that, he does not condone you following him and also relating closely with Saheed Osupa at the same time. For him, it is usually either you decide to be with him 100% or you stick to Osupa fully. There is normaly, no room for you to have one leg here and the other leg there. Pasuma is a well known advocate of 100% loyalty. But for Temitope Adekunle, a Fuji/Afro-Pop recording artiste better known as Small Doctor, his is seemingly an exception that broke the rule as far as being loyal to Pasuma, and being close to Saheed Osupa at the same time is concerned. 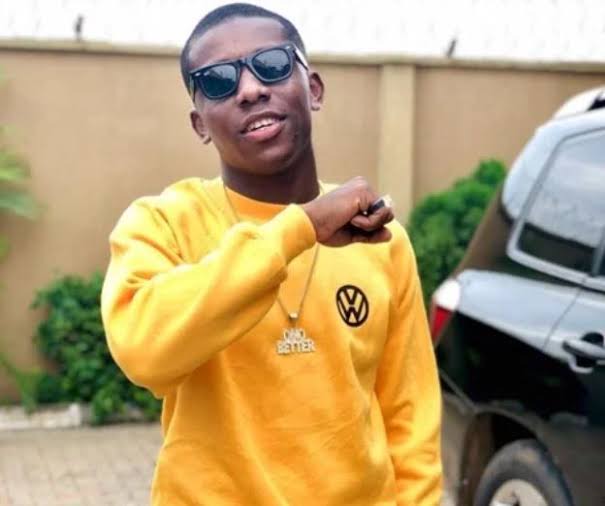 And in confirmation of his unusual but very cordial relationship with Pasuma and Saheed Osupa at the same time, the Fuji stars both celebrated him affectionately on their social media pages on his birthday which fell on Thursday, 27th May, 2021. Pasuma wrote: " HBD and HCD Son @iam_smalldoctor Omo Iya Teacher, Alaafin Agege, Akeweje Oganla. More power to your elbow. Continue to rise in good health and wealth Omo Ologo 5G, D street Ambassador. Iyanu tiii pada shele last last. LLNP Son." 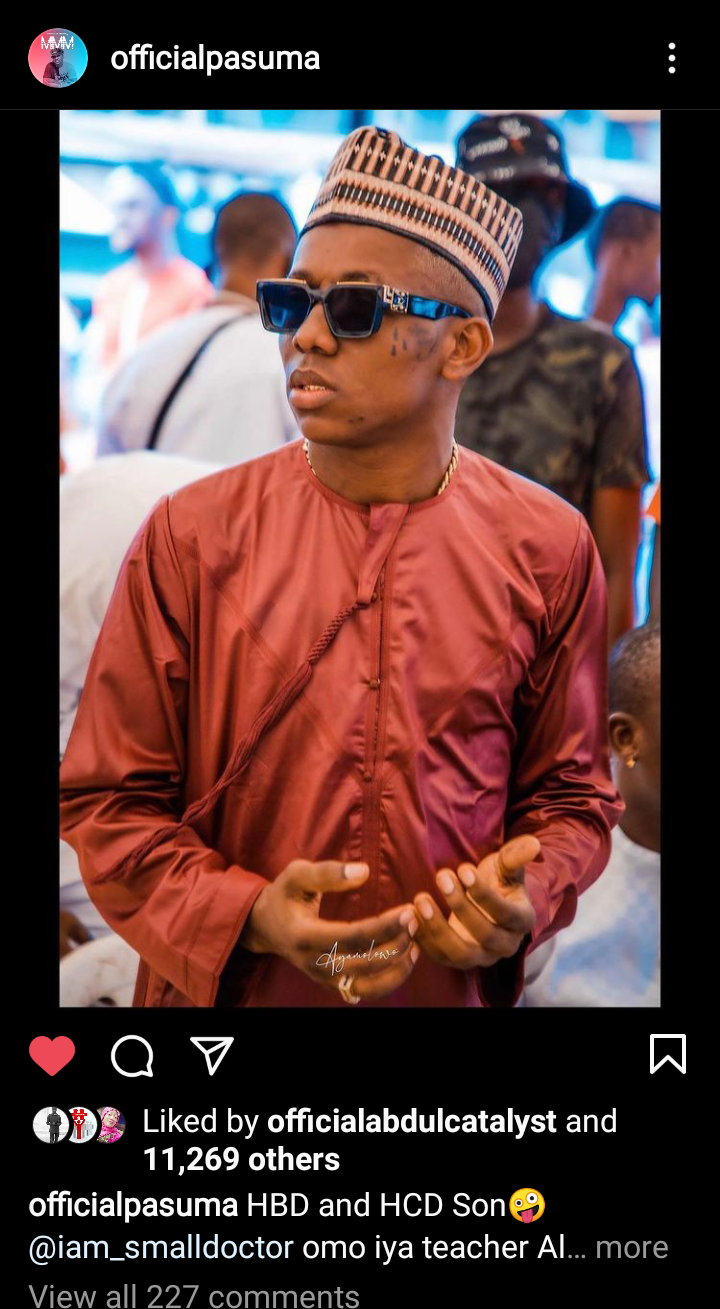 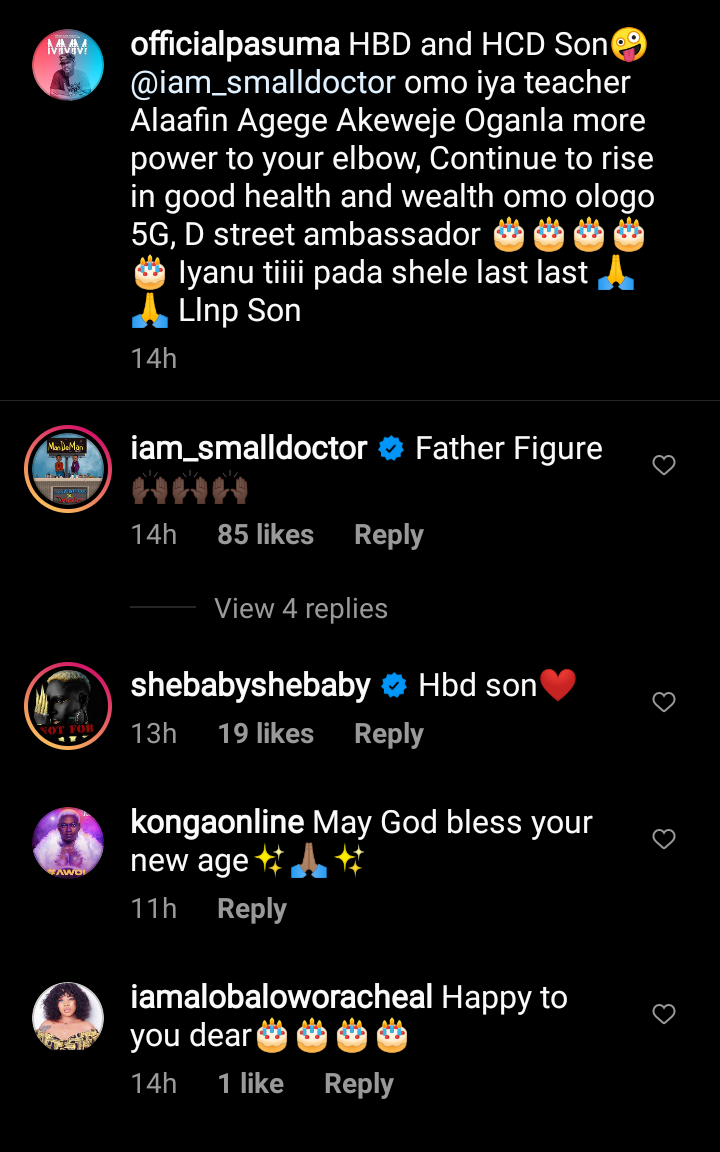 And for Pasuma to have shown so much attachment and affection to Small Doctor in his birthday message to him like that, means a lot for how close they are. Note the aspects of "Akeweje Oganla" and "LLNP Son"; hence, not many of the followers of events in Fuji music would have expected Saheed Osupa would still show lots of love to same personality, and identify with him not just with his post, but also with the tell-tale picture that followed the post. Saheed Osupa wrote: " Happy birthday to a very talented youngster @iam_smalldoctor. I wish you all the best in life. Long life and prosperity." 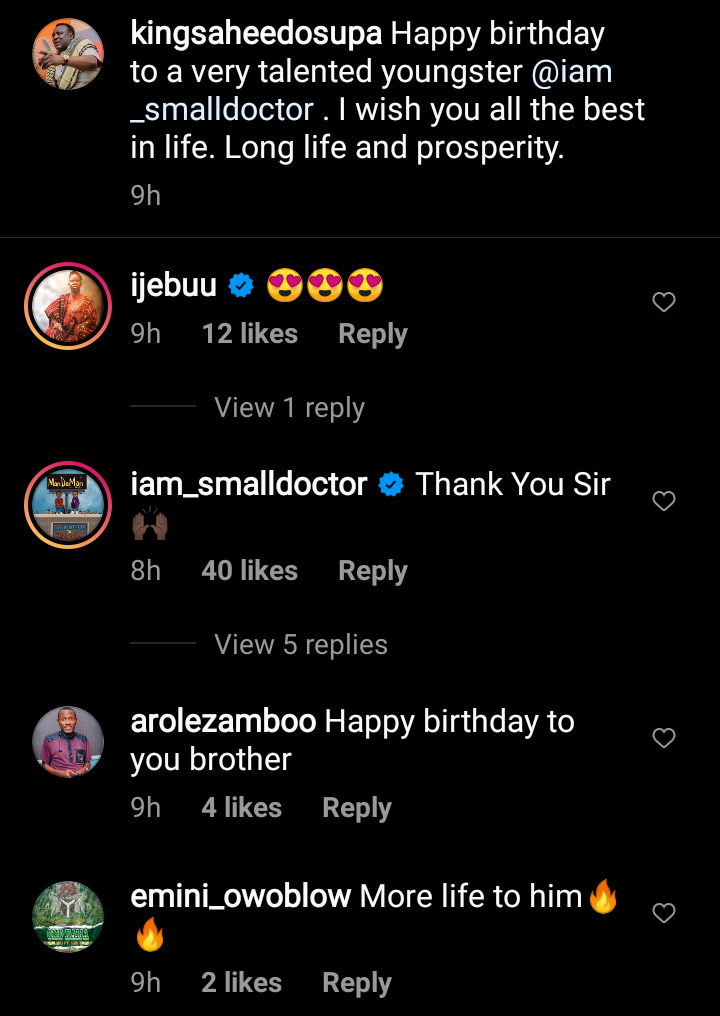 Quite interesting to see someone positioned by Pasuma as his very own being celebrated by Saheed Osupa too at the same time. Not something that usually happens. And that is what brings the recent experience of an Islamic music star, Ahmad Najimdeen better known as Ahmad Alawiye, who Pasuma disowned when he went to relate with Saheed Osupa into question. Few weeks ago, it was in the news that Pasuma's band men had confrontation with Ahmad Alawiye at a public funtion when he wanted to perform on Pasuma's stage, but not many knew the basis of how Pasuma fell out with Ahmad Alawiye who was about the closest Islamic artiste to him until recently.

But here is a summary of what reportedly happened. Ahmad Alawiye wronged Pasuma when he was said to have fallen out with a mutual friend between him and Pasuma, Dr. Wale Badmos better known as Wale Ticket, a travel agency operator. At some point in time, Wale Ticket and Ahmad Alawiye were so close that no one could see between them. But there was a particular year when Wale Ticket was said to be indisposed, and had asked Ahmad Alawiye to help lead a contingent of people who had booked with him to travel to Hajj of that year on the platform of his Al-Hatyq Travel and Tours agency. 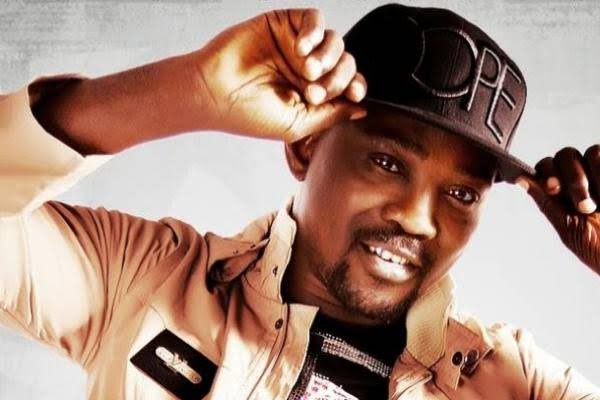 Meanwhile, on his return from leading the contingent to Hajj, Ahmad Alawiye reportedly did the unexpected as he went on to start his own travel agency to rival that of his friend Wale Ticket, since they were exposed to same set of clients already. And he did not even stop there, he also gave his own travel agency a name similar to that of his friend which is "Al-Hatyku" Travel and Tours. And that caused the two of them, Ahmad Alawiye and Wale Ticket going their separate ways. So, when Pasuma heard of the matter, according to reports, he decided to side with Wale Ticket and started avoiding Ahmad Alawiye.

However, Ahmad Alawiye was said to have still tried all he could to get Pasuma back to his side which consistently failed. And even at point, he was said to have approached Pasuma to help him promote his "Al-Hatyku" Travel Agency which Pasuma declined. And having tried his best without success, he thereafter went to Saheed Osupa and asked him to help promote his Travel Agency which Saheed Osupa did gladly. And the consequence of that was the said harassment Ahmad Alawiye got on stage when he wanted to perform as a guest artiste at an event where Pasuma was the main artiste of the day. 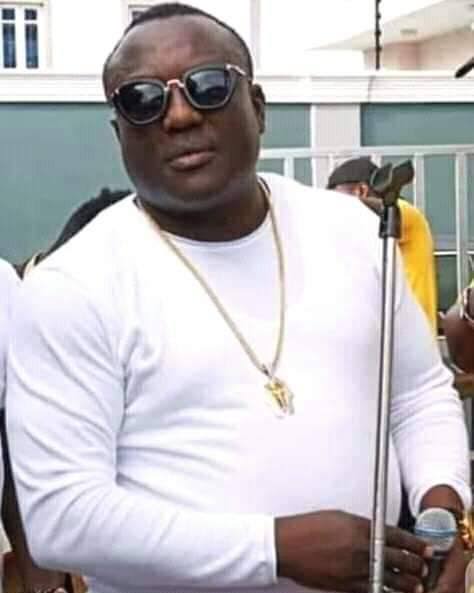 You can read the full story here...

The bottomline here is that, Pasuma would condone anything until you try to share the loyalty you claim to have with him with Saheed Osupa. But, apparently, Small Doctor's case has been different as he is as free with Saheed Osupa as he is also free with Pasuma, despite his background of being helped greatly by Pasuma to hit the limelight from obscurity back then. His days of climbing and jumping from speakers to speakers at Pasuma's shows are still fresh in the memories of those who followed his trajectory to stardom. 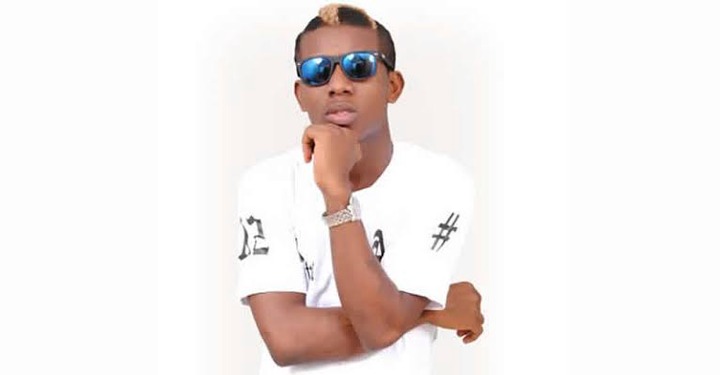 Though, people in the know once squeeled that Pasuma's men wanted to take his relating with Saheed Osupa against him at a point in his rise to stardom, but they gave up when they saw the diplomacy he was using to balance his relationship with the 2 Fuji music stars without actually having to sacrifice relating with one for the other. And Small Doctor certainly deserves a lot of kudos for that diplomacy and maturity he uses between them.