By Brown-Conteur (self meida writer) | 1 months

Former Big Brother Naija Housemate and actress, Erica Nweledim, has sparked reactions online after she made a post on Twitter.

According to the Former Big Brother Naija housemate, her goal is to become a renowned actress and not an Instagram model.

She narrated how she acted 3 movies while sick, did 3 commercials, Photoshoot, Appearances, filming other projects.

She said these happened all in a period of 2 months. She also recounted how she would go ahead and act on stage after receiving an injection. 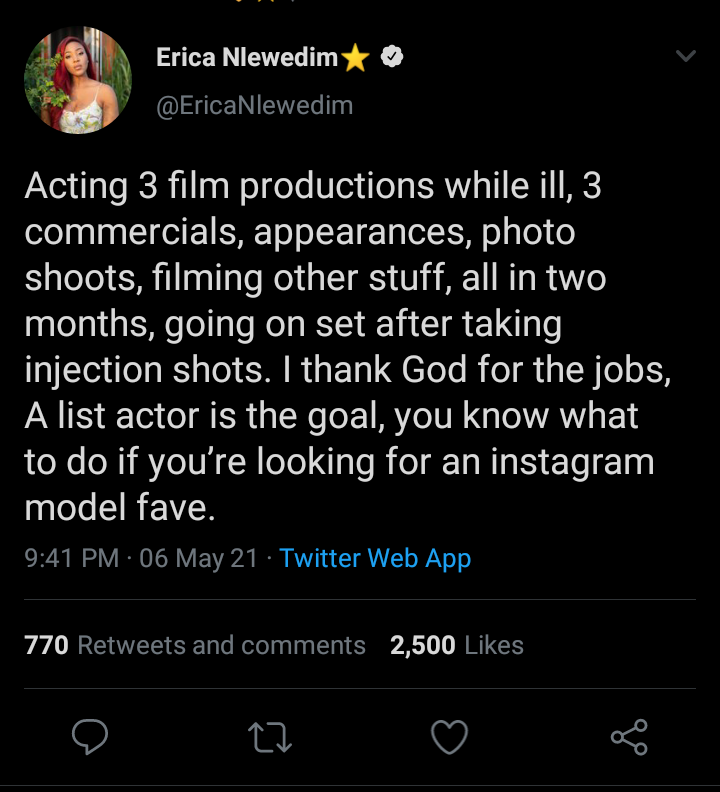 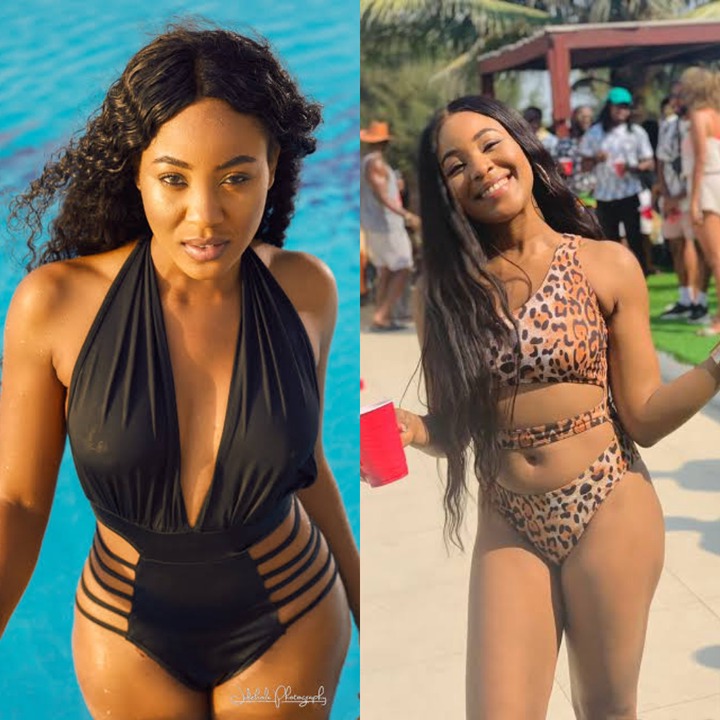 From the comments on the post, I discovered that the reason she made that post was because someone complained about her dressing and appearance. 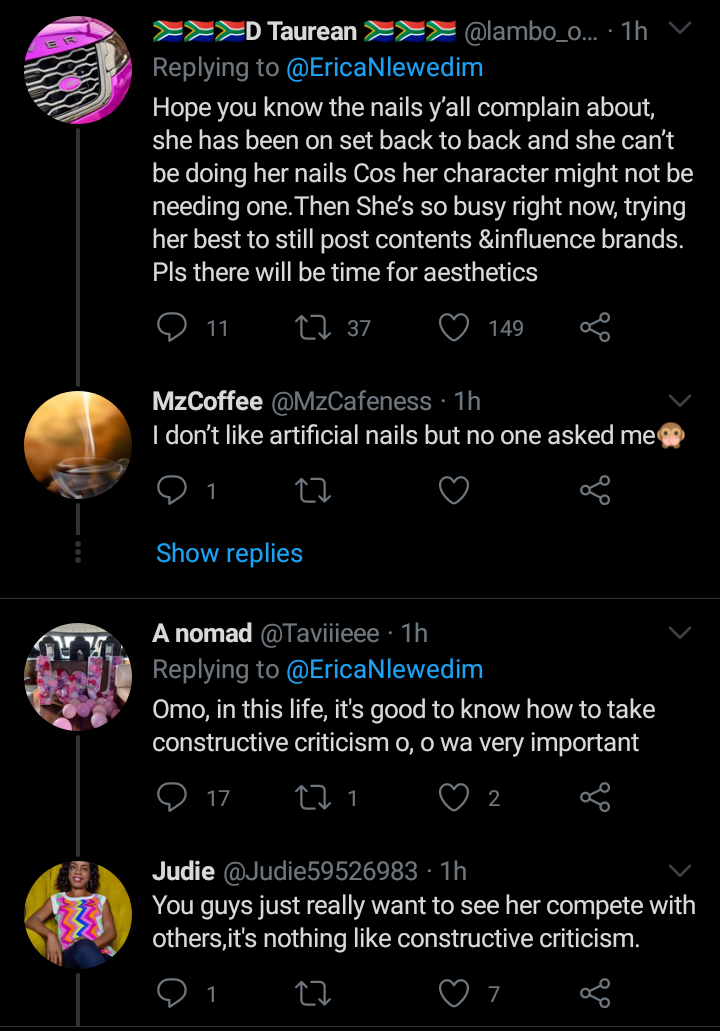 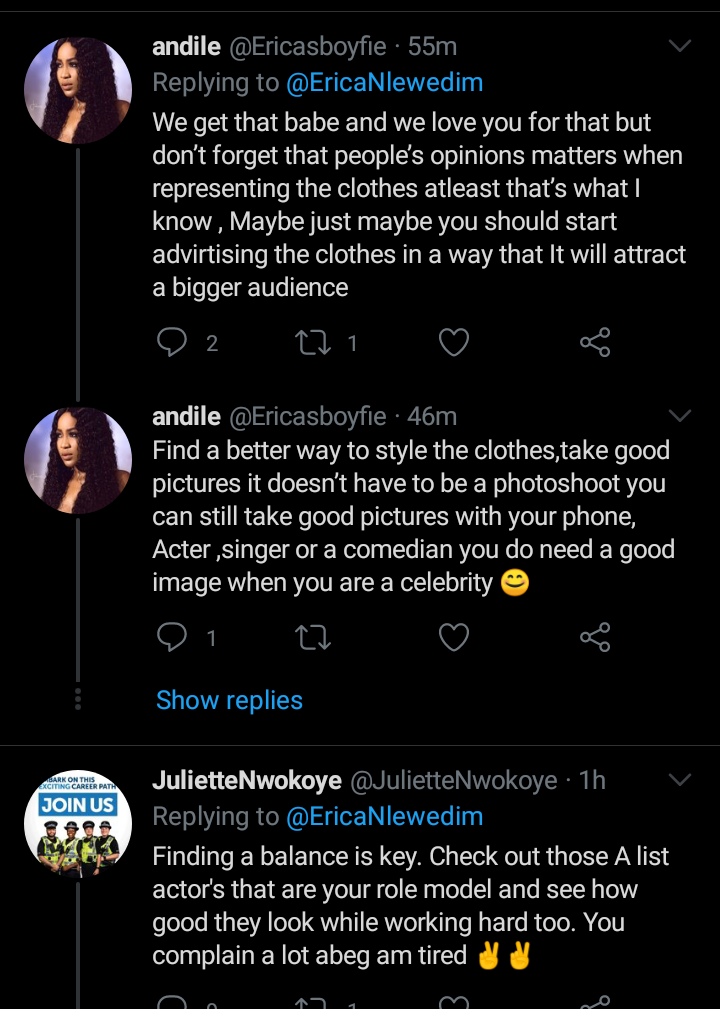 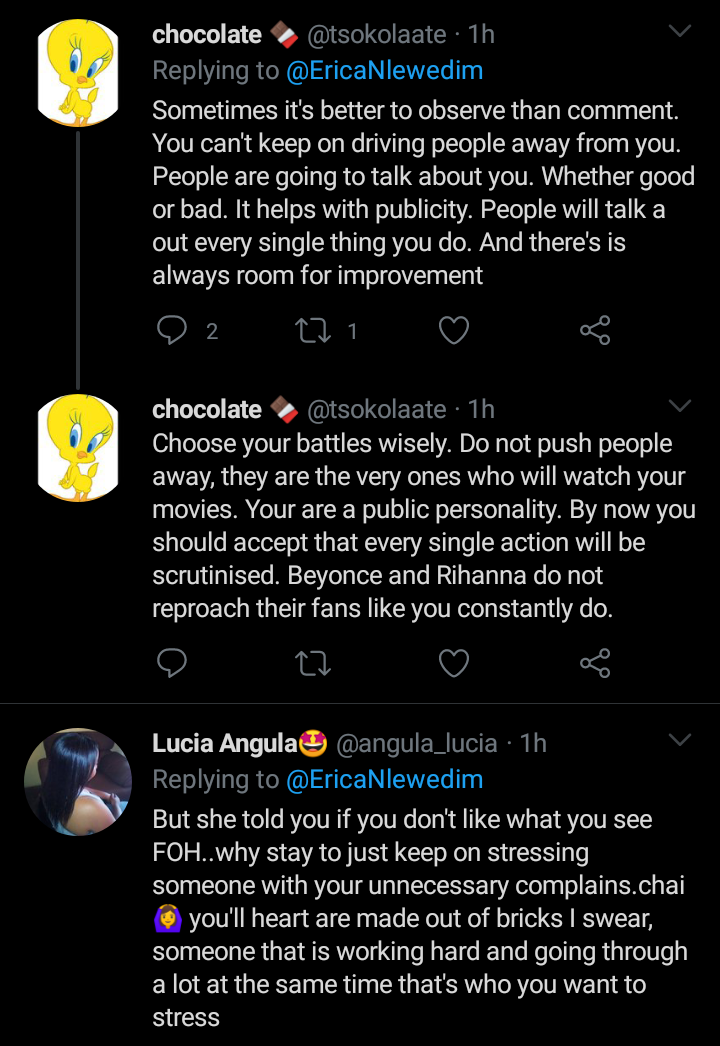 From the screenshots above you can see that Erica's post was directed as a response to those criticizing her mode of dressing.

Her fans were advising her to take people's advise sometimes because peoples opinion matters.

Some people reacted by saying that some of the A list actors she's looking up to knows how to dress properly, so Erica shouldn't be any different.

Take a look at Lilo’s makeup last night that got people talking.