By Femfirst (self media writer) | 2 years ago

Super star artiste, 'OBO' crooner, record label executive and award winning singer and performer David Adeleke better knowm as Davido has done it once again, his popular lines "We Rise By Lifting Others" which he said some years ago when he won the Artist of the year at the Headies Award that year, has proven not just to be a line, but a line he doesn't only say, but he act act on it. Just about 3 days ago, the news broke out that Davido has signed out of favour artiste 'Ije Ijo' and Get Down crooner Akinmayokun Awodumila popularly known as May D to his DMW record label, The Nigerian singer, songwriter, and dancer who was formally signed to R&B duo P-Square's record label Square Records, share the good news as Davido also confirmed the news.

Reacting to the laest development the 36 years old excited May D who hasn't gotten a lot of attention he craved for in the music scene posted on his social media saying “My New Family, I’m So Excited! PROBLEM #DMW #30BG #CONFAMENT @davidoofficial 🙏🏿” the talented artist has to his credit some hit songs back then such as 'Ile Ijo, Gat me high' which was from his 2013 "Chapter One Album" and also a feature on 'Chop My Money' Remix, also featuring Akon. 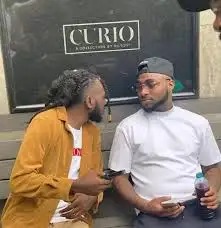 Oooh I almost forgot 'Get Down' which was the most hit of his songs, which beat alone was the soundtrack and underlay song for some radio stations during their evening drive time show, MayD is a talented artist no doubt as his recent songs have proofen he's got potentials. But Davido should be ready for a difficult and uphill task ahead of him, bringing back his career back to limelight. And the way and manner in which he's going to do that is left to be seen.

But looking at the bundle of talents Davido has at his custody with the likes of Peruzzi, Mayorkun, Dremo, and the rest who have all harnessed and made good use of the opportunity they got from been signed to Davido's music label. And the Assurance crooner have done his bit to help and take them to where they are presently today. As they've all gotten recognition through their massive hits especially for Davido and Mayorkun, with series of collaborations and awards to their credit. 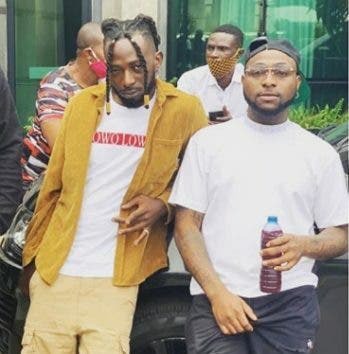 Although MayD shouldn't have a problem of him easily getting back to limelight he has once been before, he's got the talent, voice, charisma and all to get him there, but he needs to weary of this young boys in town like Joeboy, Fireboy, Rema and the rest. Time will tell how Davido and MayD's new found marriage would turn out to be.

Do you think Davido will bring MayD, back to limelight in the much competitive music industry right now? Let me have your say in the comment box.