Erica reacts after a lady said this about Davido on Twitter

By Nwanyisunday (self media writer) | 14 days ago

Nigerian celebirty influencer, Erica has reacted on Twitter after a random tweep made a statement about Davido. 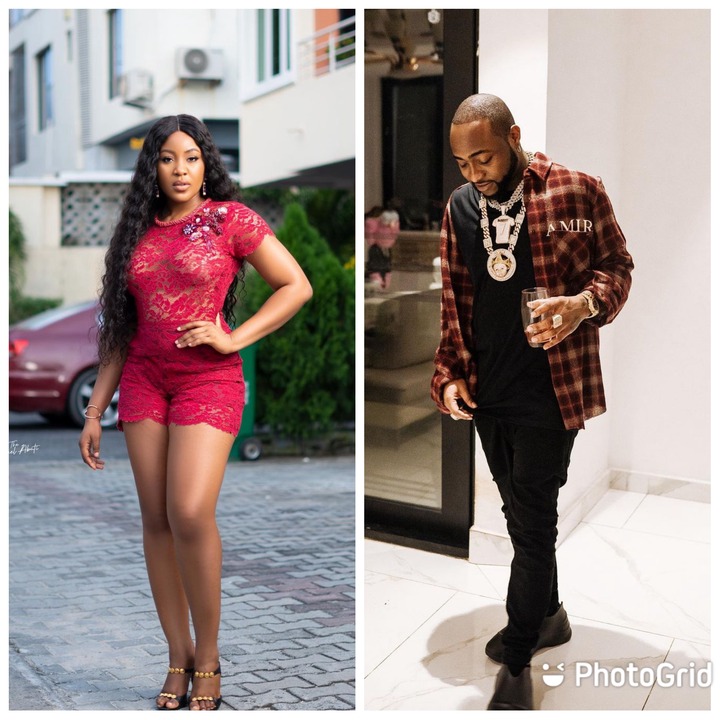 Erica Nlewedim Erica Ugomma Ngozi known professionally as Erica or Star girl is a Nigerian actress, model, Entrepreneur, and TV presenter who was born March 13, 1994 to Oby Nwokolo and Eric Nlewedim Christian in Lagos State, Nigeria. She rose to fame after participating in the Big Brother Naija Reality Show season 5 in 2020.

A Twitter user whose name is Ozzy made a clever statement about Davido and Erica agreed with the motion by commenting on the post.

"Davido actually has too many hits. Some respek on the man's name."

Due to unnecessary trolls and disrespect rendered on davido on the internet, Ozzy proclaimed that people should respect him because he has released so many hit songs since he came into the limelight.

David Adeleke Adedeji professionally known as Davido is a Nigerian singer and songwriter who was born November 21, 1992 in Atlanta, Georgia, United States of America. He rose to fame after releasing "dami duro" in 2012.

Erica agreed to the fact that he is a hit maker in Nigerian music industry.