By Newslove (self media writer) | 13 days ago

While presenting the shoe to Boma, White Money said: "Do you remember what I promised you when you won the fashion show in the House? This is the gift right here Bomzy".

Boma was clearly surprised that White Money managed to keep a promise made in the House. He wrote on Instagram: "fulfilling his promise @White Money". Check the screenshot of the video below:

During his time in the House, most Housemates and fans accused White Money of being a fake individual. In fact, Angel went as far as calling White Money a devil in a sheep's clothing. According to her, White Money is nothing close to what he is presenting himself to be in the House.

Angel's perception about White Money is clearly wrong. White Money has proved to everyone that he is indeed a generous personality. 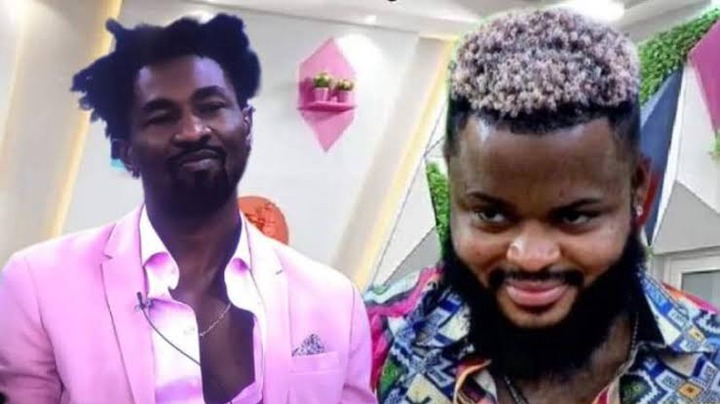 If White Money's generosity in the House was a mere strategy, I don't see any reason why he needs to continue the same act after winning the Show.

You would recall that Boma won the fashion show organised by White Money, Angel, and Pere during their time in the Big Brother's House. Boma's win gave him the tag as the most influential model in the House.

After winning the mini fashion show, White Money promised to buy a valuable Luis Vuiton shoe for Boma outside the House. That was exactly what White Money did today as he presented the lovely gift to Boma at the hotel.