Remember The Boy In Terminator 2 Arnold Schwarzenegger Saved From That Heartless Boss Then And Now.

By Ugochukwus (self media writer) | 1 year ago 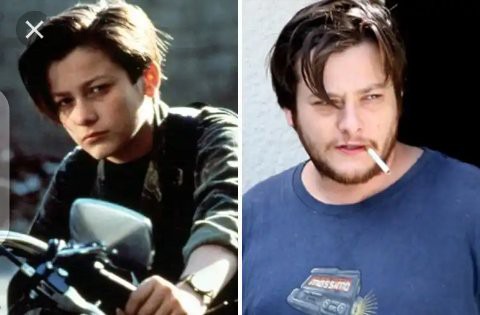 Then: Edward Furlong made his acting debut as John Connor, Sarah's son whom she heavily trained to survive the coming war. John was taken away and given to foster parents when Sarah was institutionalized.

Now: Furlong had a nice little career in the '90s, appearing in 'Pet Sematary II,' 'Brainscan' and 'Before and After,' before landing more acclaimed roles in 'American History X' and 'Detroit Rock City.' The '00s weren't as kind, and he fell into B-movies, like 'The Crow: Wicked Prayer' and 'Night of the Demons.' He did have a small role with Seth Rogen in 'The Green Hornet' in 2011, but his recent roles include stuff like 'The Zombie King' and 'Assault on Wall Street.' In 2013, Furlong was arrested on domestic violence charges and entered rehab for substance abuse problems to avoid jail time

Time doesn't pass in vain, especially for some Hollywood actors. It's been more than 30 years since one of this actor.

A terminator is set on a mission to kill Sarah's son, John Connor. However, another cyborg, who was once after Sarah's life, has now been assigned to protect him.

Content created and supplied by: Ugochukwus (via Opera News )

2 major causes of fibroids you should know about