I Caught My Son And My Housegirl Doing This Last Night, I Cried When I Was Told The Reason (Fiction)

By DaveNews (self media writer) | 1 year ago

This story is a work of fiction.

Hi, my name is Jane, and I want to use this medium to share my story with you. I was born into middle class family, I was the second born and the first girl on the family. My father died three weeks after the birth of our lastborn. My mother did her best to cater for us, despite the fact that her business was not as successful as it should. It got to a point that we could no longer fend for ourselves, so My mother had to send me to a lady's house where I worked as a housemaid, cleaning the house and taking care of her kids and I was paid the sum of 30,000 Naira monthly, which I always have my mother. The pay wasn't much, but it was enough to buy food and clothes for my siblings. My Madam's name was Cecelia, and she always maltreated me whenever she had the chance to, but I never reported to my mother, because I didn't want to loose the job.

When I was 22 years old, My Mother and my siblings relocated to the village, leaving me in the city, because I was still working for Madam Cecelia. Madam Cecelia's attitude towards me, in fact, her attitude towards me grew worse, although she increased my salary from 30,000 Naira to 55,000 Naira. Three years later, after serving my madam for 10 years, I told Madam Cecelia that I wanted to resign and go to meet my family in the village, at first, she did not approve of it, but after much persistence, she let me go and I was off to the village. Let me not bore you with the tales of my experiences at the village, the most important thing that happened to me at the village was that I met the love of my life, Chike. He was well-to-do, he lived in the city, and he spends most of his vacations at the village. Chike and I had a splendid wedding and Madam Cecelia attended, She even gifted me a set of ceramic plates which had the words "Happy Married Life" Inscribed on the back.

Soon after our marriage, I gave birth to a bouncing baby boy, whom we named Joseph. Unfortunately, seven years after the birth of Joseph, I could not conceive. Chike and I tried all that we could, but to no avail. Chike was really desperate to have a second child, and he was always there to comfort me whenever I cried hysterically about my inability to give birth to another child. Chike set up a huge shop for me and I became very busy, so I had to get a housemaid to assist me in taking care of the house and taking care of my son, Joseph. I was really depressed, whenever, Joseph sees a baby especially in movies he will turn and ask me with innocence all over his face, "Mummy, when will you give birth?". I developed serious anger issues and if my housemaid, Tope, made a mistake, for example, let's say there was too much salt in the rice that she cooked, I will throw my slippers at her and call her all sorts of names. I maltreated Tope almost everyday, because I easily got pissed off at the slightest error. Despite my harsh attitude towards her, Tope remained a faithful employee, She cooked, she cleaned, she plaited my hair sometimes, too. My depression grew worse as the thought that I could not conceive anymore was disturbing me and Chike had to take me to a therapist.

One night, Chike and I were trying to contemplate whether we should adopt a child or not. It was such a painful discussion, as tears were rolling down my face as my husband spoke about his decision to adopt a child. Just then, I heard a strange sound coming from my son's bedroom. Our house was designed was such a way that Joseph's room was upstairs, while the master's bedroom was downstairs. I excused myself and before I could get up from our King-sized bed and walk to my son's bedroom upstairs, the sound stopped and when I opened the door to Joseph's room, I saw him lying down on his bed trying to sleep, I asked him, if there was any problem and he shook his head, so I left. Several nights after that incident, I heard the same noises coming from my son's bedroom and before I would get up from my bed to go and check, the noise will stop.

So, last night, Chike was watching football on the television in our room, and I had just finished taking pills that will help regulate my high blood pressure (I had developed high blood pressure, because as a result of overthinking and stress.) I suddenly, heard voices coming from my son's bedroom, and I stood up, left the bedroom and hurried upstairs. I knew they were the voices of my housegirl and Joseph and I wanted to know what was going on. When I got to Joseph's bedroom, I leaned my ear in his door and sure enough I could hear voices, but I could not comprehend what they were saying. So I quickly pushed the door and shouted, "Tope, what do you and Joseph discuss every night?" , and then I saw them kneeling down at the side of the bed, praying. Tope did not even act as if I was talking to her. She just knelt there with her eyes closed, praying while, Joseph said "Amen" to each prayer point. After she was done, she stood up and greeted me, and I ignored her, and asked her what she was doing with Joseph in his bedroom. She then replied that, recently, whenever she was tucking Joseph in for bed, he tell her that he wanted the two of them to pray for me that God will open my womb, so I will conceive again, and that is what they have been doing for several nights. After hearing her explanation, I asked Joseph if it was true and he nodded. My eyes welled up with tears, despite my attitude towards Tope, she still cared for me and even prayed that I should give birth again. I was really touched, I simply just nodded and left. Right now, I am thinking of a way to apologize to Tope for the way I treated her previously, I'm planning on getting her a smartphone. What do you think, should I carry on with the plan? 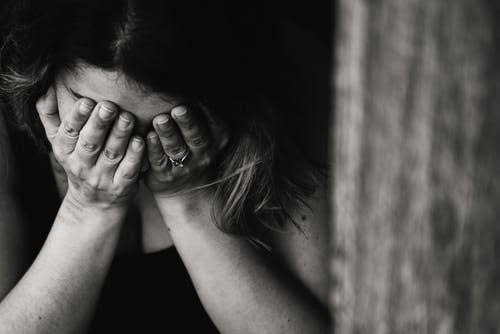