With the end of an era, some people wonder where the heroes and villains of the various Marvel universes started. The truth is, these prominent actors had lives before becoming superheroes; some of them are even known for things other than being part of the MCU.

Since we invested so many years watching these characters grow and mature, it’s only fair that we also see them in all of their awkward high school glory. Keep scrolling to see what some of the popular marvel heroes and villains looked like back in the day. Be forewarned: there are more than a few mullets involved. 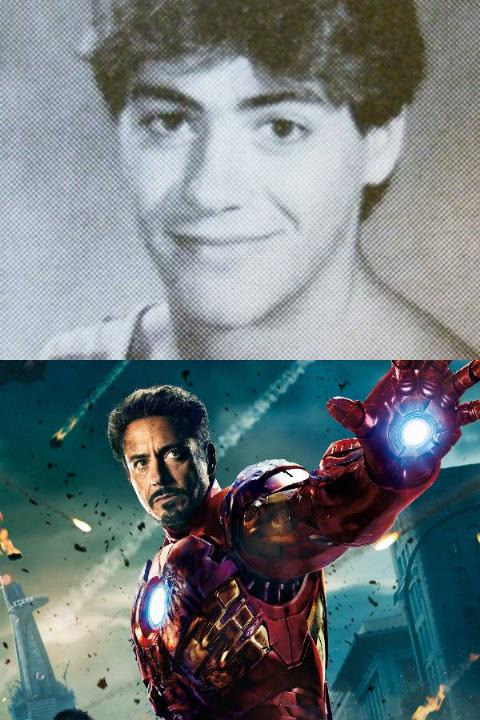 With actress Elsie Downey and director Robert Downey Sr. as parents, it seems as though Robert Downey Jr. was destined to follow in their footsteps. He made his acting debut at the young age of five when he played a sick puppy in his father’s comedy Pound. By the age of 10, he was living in England and studying classical ballet.

Downey Jr. moved to California, attending Santa Monica High School before he dropped out to pursue acting full-time. The actor is now known as being one of the most beloved heroes in the Marvel Cinematic Universe, Iron Man. 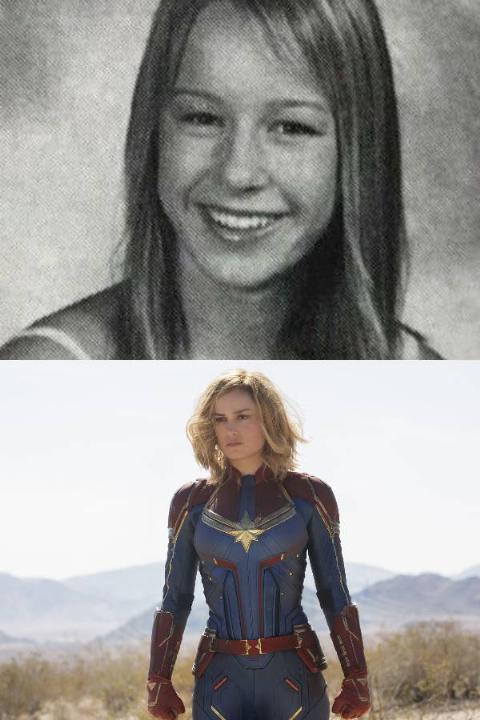 Born Brianne Sidonie Desaulniers, Brie Larson grew up “straight-laced and square.” Being homeschooled for most of her life, Larson was able to explore her creativity and have abstract experiences, something she doesn’t believe she would have been able to do in a public school environment.

Although she was shy and had social anxiety growing up, it didn’t stop young Larson from expressing her interest in acting at the age of six. Little did that young girl know, she was going to be an Oscar winner and become part of the biggest blockbuster to date as Captain Marvel, arguably the strongest hero in the MCU. 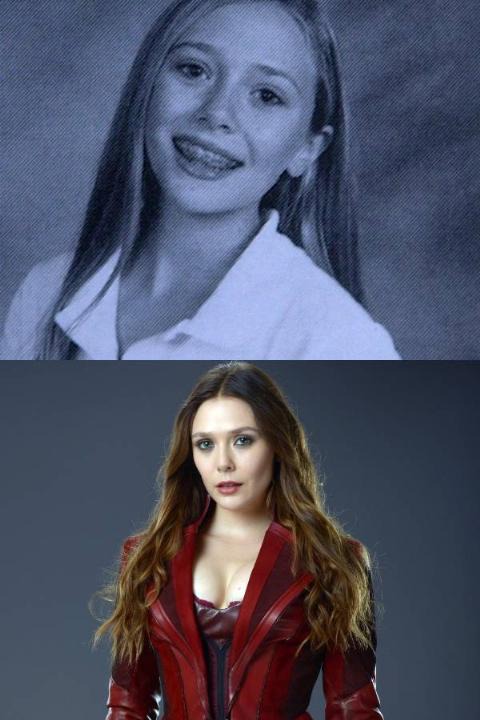 Elizabeth Olsen had a leg-up on the competition growing up, being the younger sister of super-stars Mary-Kate and Ashley Olsen. She began acting at a young age, often being included in small roles in her sisters’ films. Her major acting debut wasn’t in Hollywood, though, but rather an indie film called Martha Marcy May Marlene in 2011.

It took a few years for Olsen to breakthrough main-stream Hollywood, but in 2015 she joined the MCU as Wanda Maximoff, aka The Scarlet Witch. First appearing in Avengers: Age of Ultron, Olsen went on to reprise her role in three more films. She even landed her own Disney+ series, WandaVision. 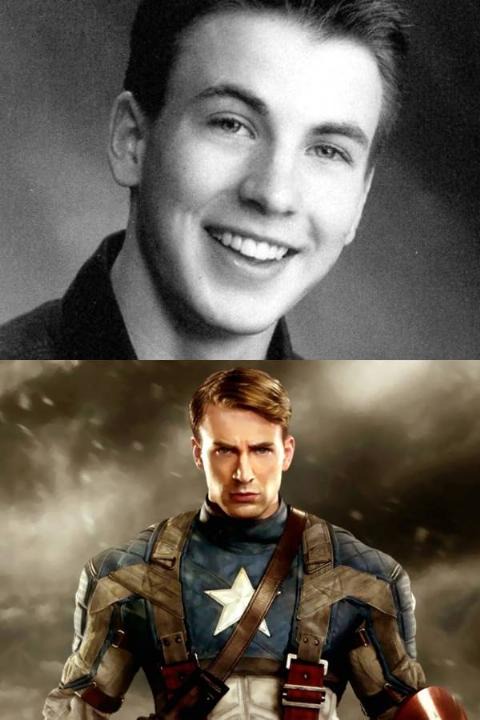 Chris Evans wasn’t always Captain America, wielding a shield and saving humankind from aliens and foes. Once, he was growing up in Boston, Massachusetts, with his two siblings and attending Lincoln-Sudbury Regional High School. After graduating from high school, he moved to New York to pursue acting, taking classes at the Lee Strasberg Theatre and Film Institute.