By Kikantnews (self meida writer) | 1 months

Spiderman was a great movie and like many other blockbusters was full of many movie mistakes. Have you seen the film? Have you ever noticed any? 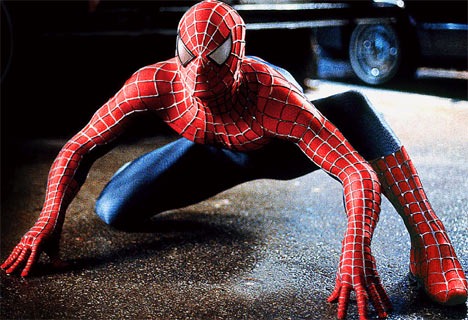 After some searching we have put together a top ten list of some of the worst mistakes that appeared in the blockbuster hit movie, so let’s start of with number ten.

When Norman is getting ready to test himself, he lies down on the bed, fastens himself in and the doctor goes to the computer. However, when it shows him being brought in to the chamber he has several electrodes connected to his chest and head. 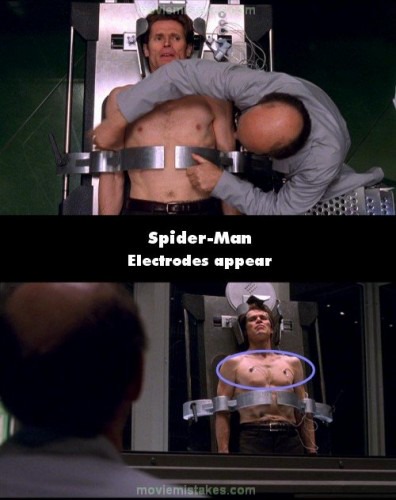 In the scene in which Peter and Flash are fighting in the hall, Harry runs up to Mary Jane to see what is happening, seconds later Peter jumps up to avoid Flash’s friend charging him from behind. In the shot of Peter flipping in the air, you can see that Harry is no longer standing next to Mary Jane, a girl in a blue sweater is. After Peter lands, the camera cuts back to Mary Jane and Harry is once again by her side. 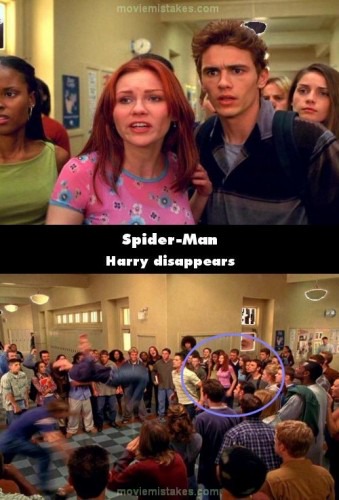 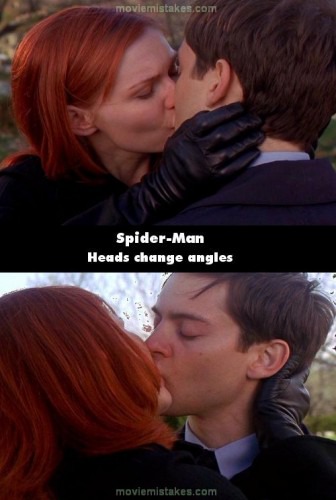 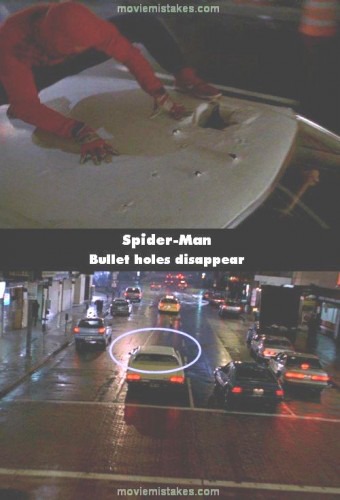 6. Truck Appears In Front Of Bus

When Peter Parker is chasing the school bus for the first time, the bus stops and it is entirely visible that there is nothing in front of the bus. When the camera is switched to the inside of the bus to show Peter stepping inside to apologize to the bus-driver, however, a tractor-trailer suddenly appears only yards from the front of the bus (visible through the windshield). Some road markings also appear. 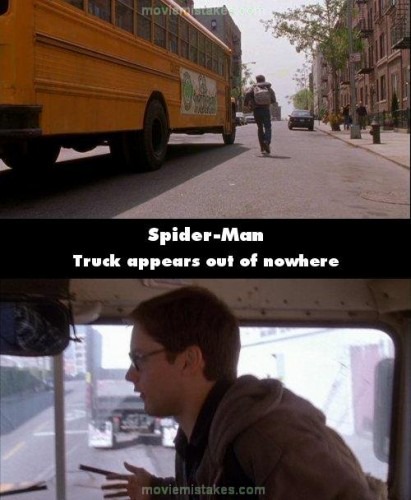 During the shots of newspapers with articles about Spider-Man, if you look closely at the shot of the newspaper article just before the shot of Spider-Man putting on his mask, the second column is repeated in the fourth column – easiest to spot is “NYPD spokesperson, Sean Young. 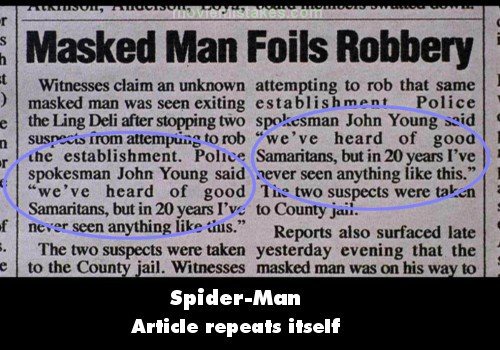 4. Food Jumps From Flash’s Left Side To Right Side

When Peter accidentally flings the tray of food on Flash it hits him on the left shoulder but when Flash stands up the stain temporarily jumps over to his right shoulder. 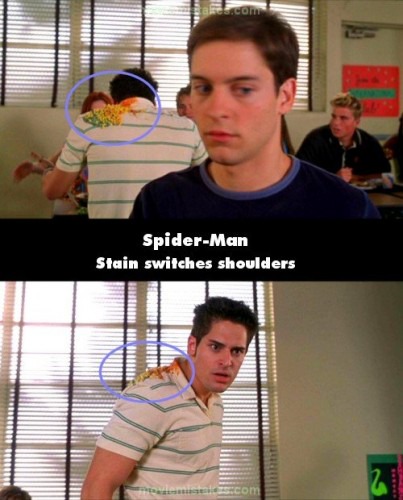 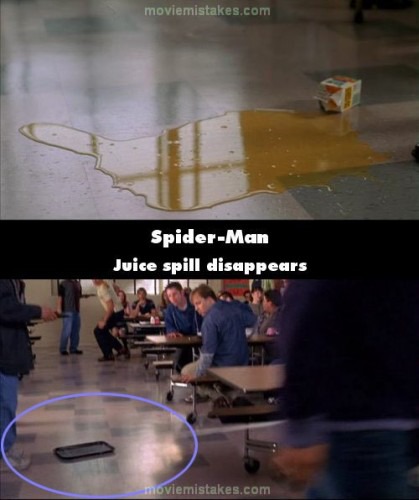 When Mary Jane is being mugged by four men, Spider-Man throws two of the men into two windows behind Mary Jane. The shot switches to Spider-Man beating up the other two guys. When it cuts back to Mary Jane the two windows are intact. 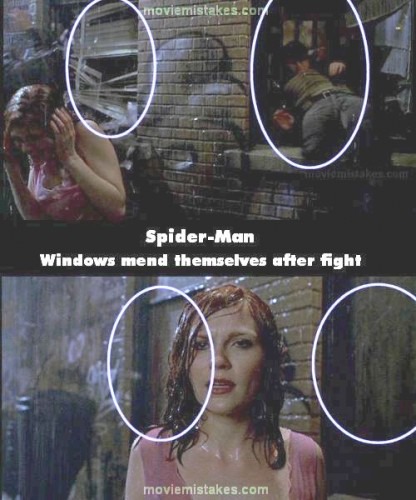 1. Lamp Reappears After Being Destroyed

When Peter shoots his web at his bedroom lamp and pulls it across the room, it smashes against the wall and breaks. But when Aunt May is talking to Peter from the door seconds later, the lamp is back on the dresser in one piece. 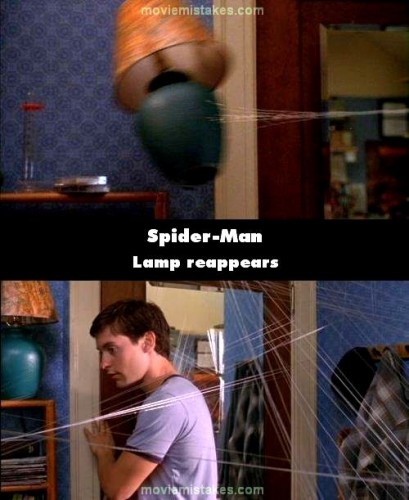 There were many other mistakes that we encountered during our search but these were our favorite. Disagree with the list? Then give us your comments below.

BBNaija Prince's Car Has Been Bashed Again. Check Out What He Said