Odunlade Adekola Biography, Did He Really Marry a Second Wife 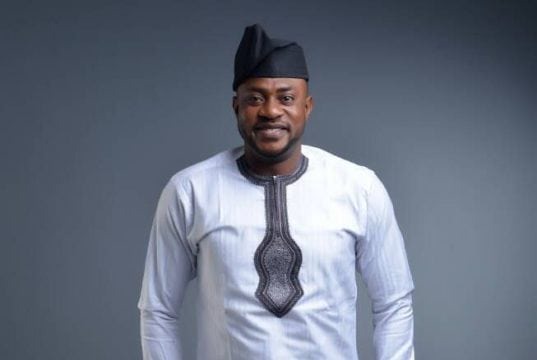 Odunlade Adekola is a Nigerian actor, singer, producer, and director who is regarded as the top pillar upholding the Yoruba movies in Nigeria. Recently, he starred and produced a new movie titled Adebayo Aremu Abere and has garnered a number of prestigious awards for his comic and dramatic performances.

Odunlade Adekola was born on December 31, 1978, in Abeokuta, Ogun State but is originally from Otun Ekiti, Ekiti State. He acquired his primary and secondary education at St John’s Primary School and St. Peter’s College in Abeokuta respectively. After he obtained the West African School Certificate Examination, Adekola gained admission into Moshood Abiola Polytechnic where he obtained a diploma certificate.

As a youth, Odunlade Adekola has always had the tint for entertainment. Speaking about it in an interview, the Abeokuta born actor said himself and a friend would often act as jesters whenever there was an anniversary in his local church. Such was the passion that propelled him into the entertainment world.

Adekola joined the Association of Nigeria Theatre Arts practitioners in 1996; the same year he began his career as an actor. Over the years, he became a household name majorly in Yoruba movies, winning the hearts of millions of Nigerians.

While, he was under the guidance of late Isola Durojaiye, a Nollywood actor, and producer, he featured in tons of Yoruba epic and urban movies. He does not only play roles in films, he has written scripts, directed and produced several Nigerian movies as well. With over a hundred films to his credit, Adekola has received more than half a dozen awards since 2009.

His recent awards include the Africa Movie Academy Award as Best Actor of the Year, 2014. He was among Nollywood stars nominated for the 2018 African Magic Viewers Choice Awards, AMVCA; alongside actress Rita Dominic, Toyin Abraham, Dakore Akande, and others. He has often been described, alongside fellow actors Femi Adebayo and Muyiwa Ademola, as the “Messi, Ronaldo, and Neymar” of the Yoruba movie scene as the trio are always at odds over awards – most recently being the City People Movie Awards 2017.

Adekola also ventured into the music industry in 2015 and has established his very own movie production company called Odunlade Adekola Film Production, OAFP. He is one of the Nigerian actors who reach out to fans, not just on social media. In a family photo contest he organised on Instagram, Adekola visited the family who earned the most like at Ketu Lagos, with his crew. It was a merry event and the entire neighbourhood were delighted to see the famous actor, first hand.

Shortly after the Adekola graduated from the University of Lagos with a degree in Business Administration, rumors were spread all over the media that the Yoruba movie star was an absentee student and allegedly bought his certificate.

However, he didn’t let the news slide without getting the fact straight. Speaking in an interview with the Spice, Adekola said despite his celebrity status, he attended lectures, did assignments and definitely did not buy his certificate.

He advised aspiring actors to acquire education first before fame comes knocking, otherwise it would be difficult to go back to school.

Did He Really Marry a Second Wife? As customary to being famous, scandalous rumors are bound to unfold in the media. Despite being a husband to his wife, Ruth Adekola and a father of four kids (all boys), the veteran actor has been linked to co-star, Eniola Ajao.

The rumor about their relationship sprang from a picture of their movie together titled New Wife, which surfaced on the internet. Fans starting speculating on whether the actor really married a second wife. It later became clear that the respectable family man and the actress were only co-workers launching a romantic comedy movie to their fans.

The actress also debunked the rumor in an interview, saying she has nothing more than an apprentice to a master relationship with her boss (Odunlade Adekola). For all we know, Adekola got married to his beloved wife Ruth in 2003 after dating shortly.