10 Of The Most Hilarious Naruto Memes On The Internet

Naruto is one of the most loved animes of all time and there's good reason why. The anime series might have it's plot, fight scenes and every other thing common to mist anime's but it also has a healthy dose of hilarity. From the attitude of the characters to the off-point description of some prefight strategy, it seems that at every turn there's a joke hiding somewhere and it's hard to make it through an episode without laughing at something stupid Naruto or some other character has either thought, said or done. 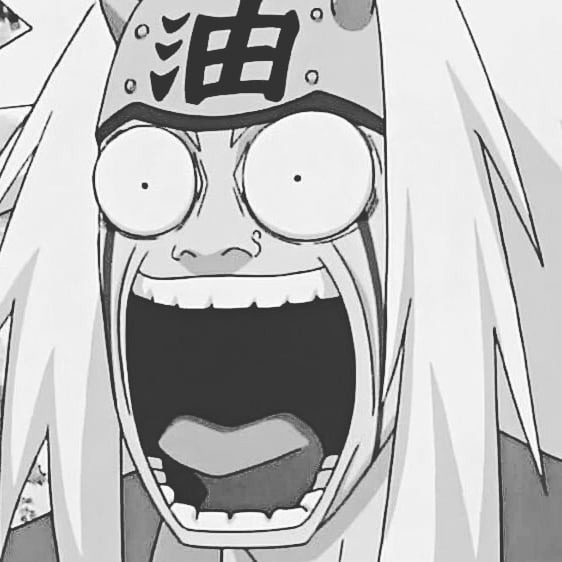 Naturally, this makes Naruto a perfect template for memes, as anyone familiar with the series would easily fund their antics relatable regardless of the joke. So for your viewing pleasure, here are some of the most hilarious Naruto memes anywhere on the internet (among the many available), they're funny, ridiculous and some are outright crazy but they're all hilarious and will provide you with a good reason to laugh. Enjoy. 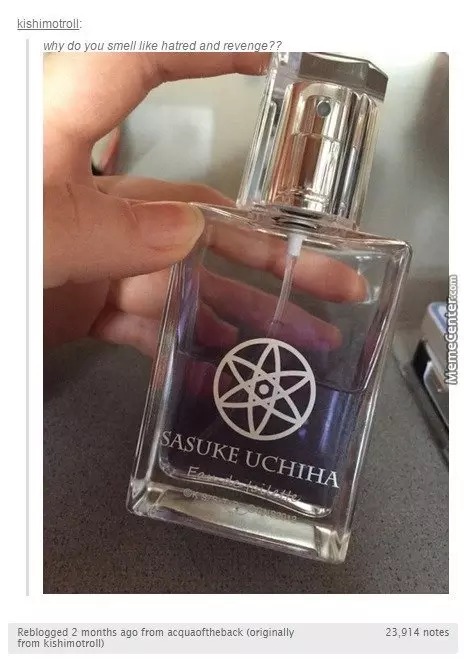 Sasuke fragrance is probably the best but any Uchiha spray will do. 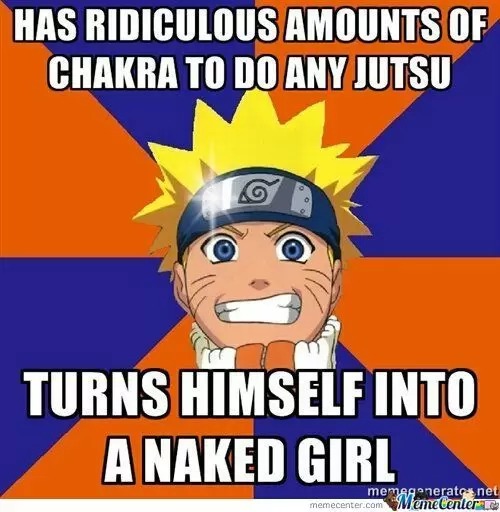 It says a lot about Naruto's dumbness that one of his favorite moves is to imitate a half clad woman. 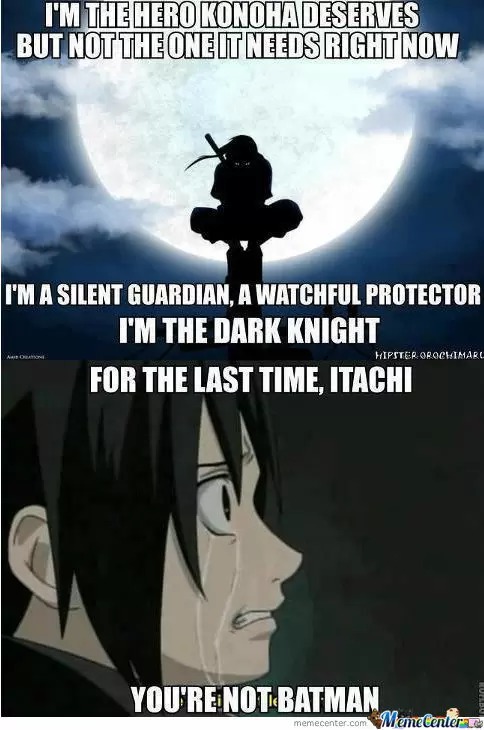 Like if you've ever had this feeling that Itachi and Batman act similarly. Itachi is more brutal though. 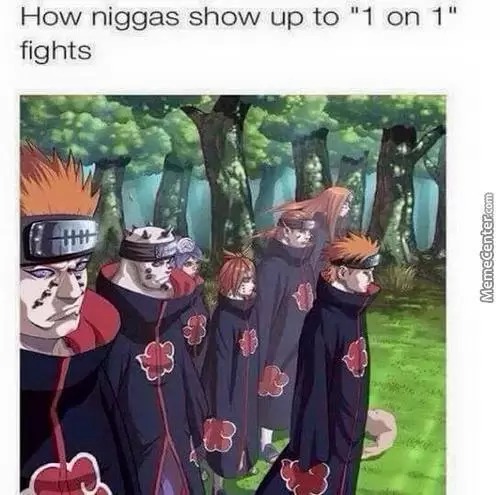 If you see your opponents turn up like this at a one on one fight, just know you're about to know pain... Only Naruto fans can understand. 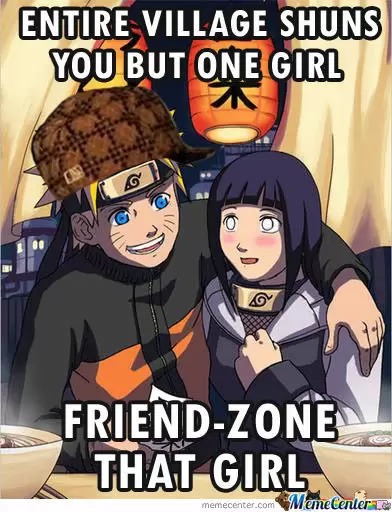 Naruto and Hinata's relationship at the start was quite hilarious honestly but you can't blame Naruto though, you've got to jeep your only friend safe... And where better to keep a precious friend than in the zone? Lol. 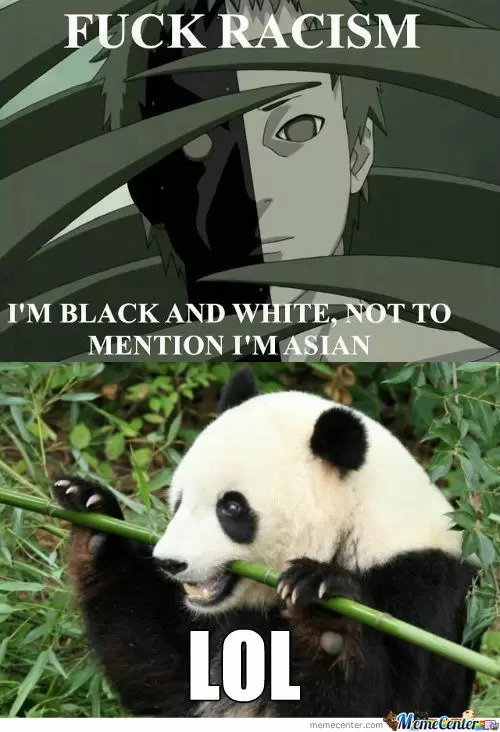 Raise your hand if you're a Naruto fan and you're just realizing Zetsu looks like a panda.

7. Girls Will Be Girls 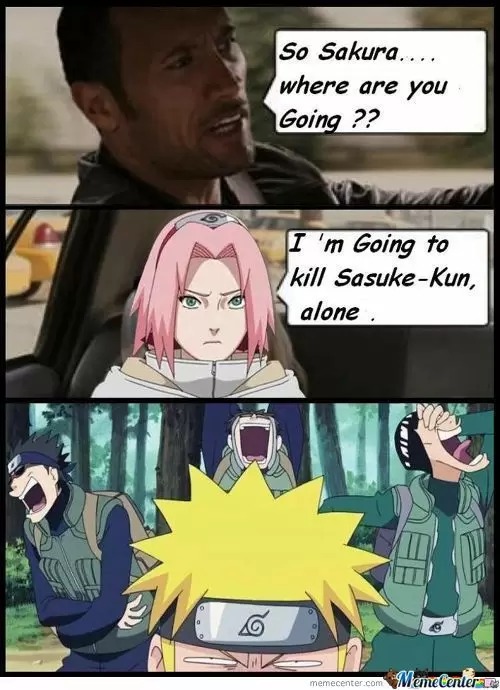 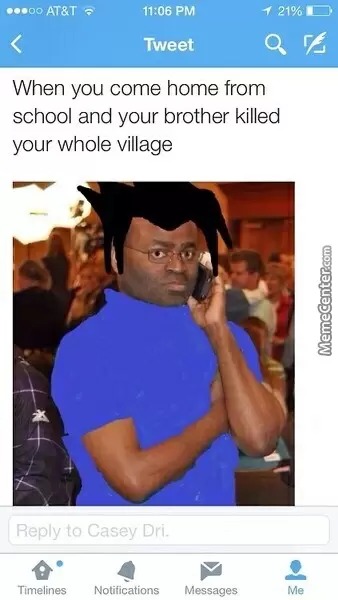 This is certainly one of the most hilarious memes about any Naruto character that you can find on the internet TBH. Madly funny how they got the expression, like you're sad but you just can't cry. 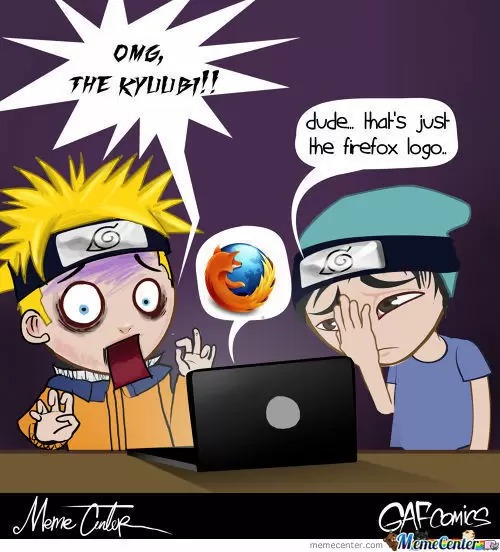 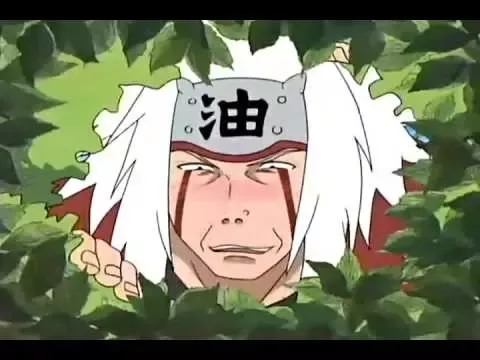 How Naruto fans be like when they hear free internet. Only "sannins" will understand.

Thanks for checking this out, more hilarious Naruto memes are on their way so follow to stay updated.