By De-yokel (self media writer) | 2 years ago

Popular Nollywood Actress Tonto Dikeh has through one of he social media handles slammed Access Bank over their recent organised My Covif-19 Hero Contest. The actress described the nomination process as Rigging and was never free and fare.

Tonto Dike is one of the celebrities and among the Nollywood stars who has contributed immensely to meet up with the need for most of the less privileged in the country. The actress has through her Personal organization called Tonto Dike Foundation reached out many poor Nigerians at the different parts of the country during the nationwide lockdown.

The Super Actress was nominated in the MyCovid19Hero contest which was organized by Access Bank to honour and appreciate some of the philantropist, a kind-hearted Nigerians who has contributed immensely to the helping others during the period of lockdown as the result of the outbreak of the deadly disease through their philanthropic gestures.

Tonto Dikeh has through her Foundation made several efforts to show off her kind-hearted to many Nigerians during the trying period when she shared several relief materials with worth more up millions of naira to help cushion the uncertinities the Coronavirus Pandemic has caused to the nation.

However, the bank has released a list of three winners for the contest with Tonto Dikeh not among the three.Tonto Dikeh who is obviously angered by the snub stated that she was rigged out of the contest while releasing the punchline “Myaccessbank, for the next time, rig better than our politicians".

Tonto Dikeh as well thanked her fans who has tried their best to nominate and voted for her as she maintained that she may not have won the money but, she has won God's heart. And she is sure that God has the record of her effort to help people during the period. 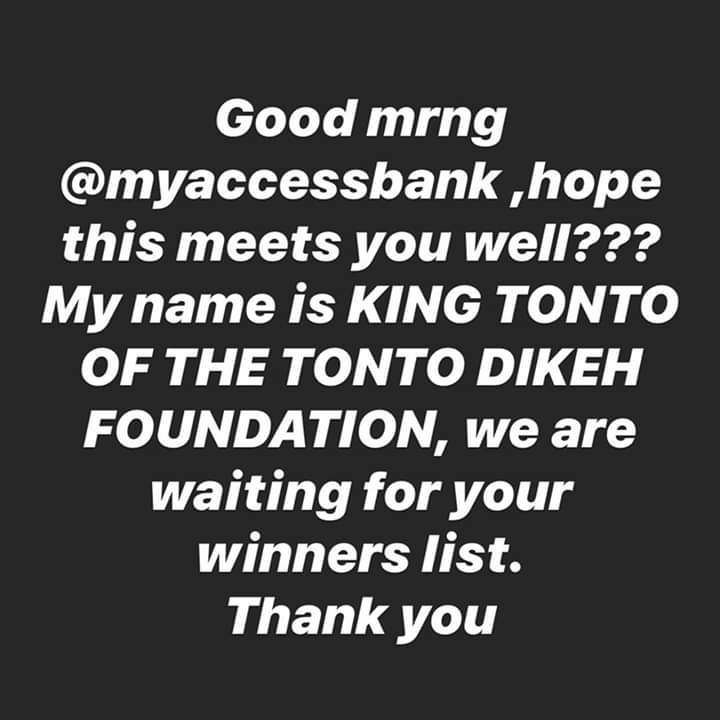 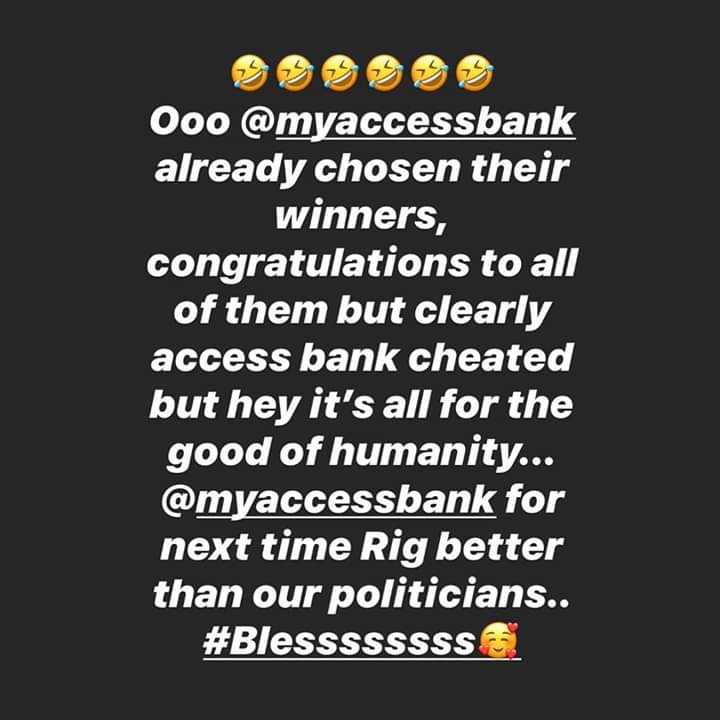 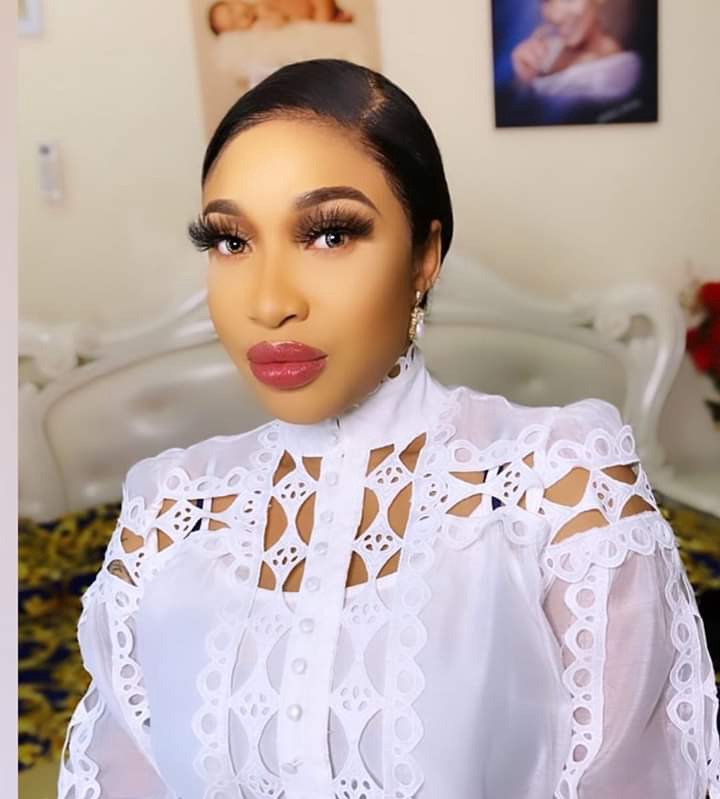 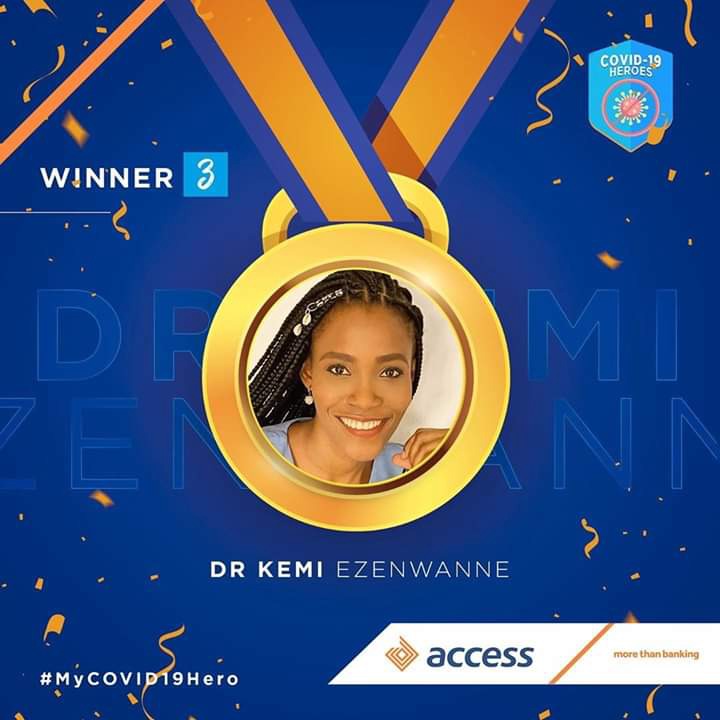 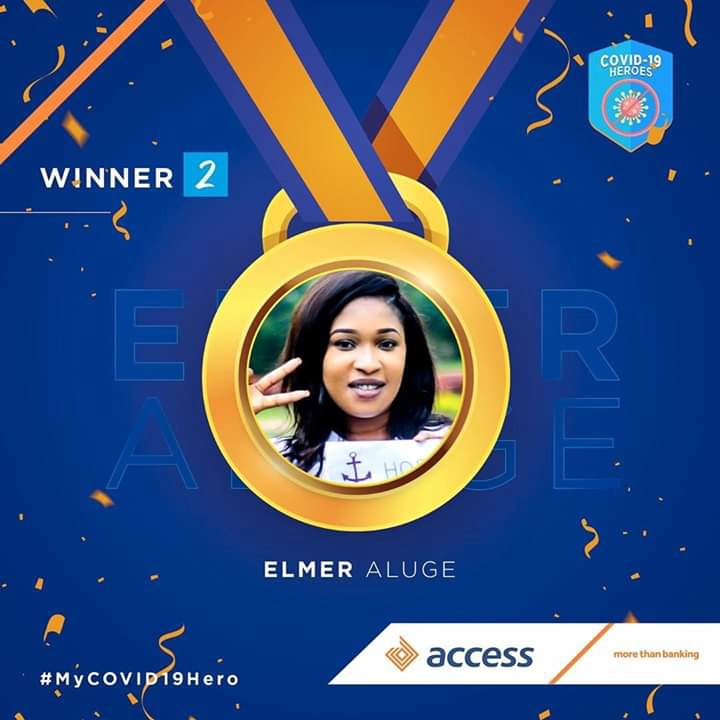 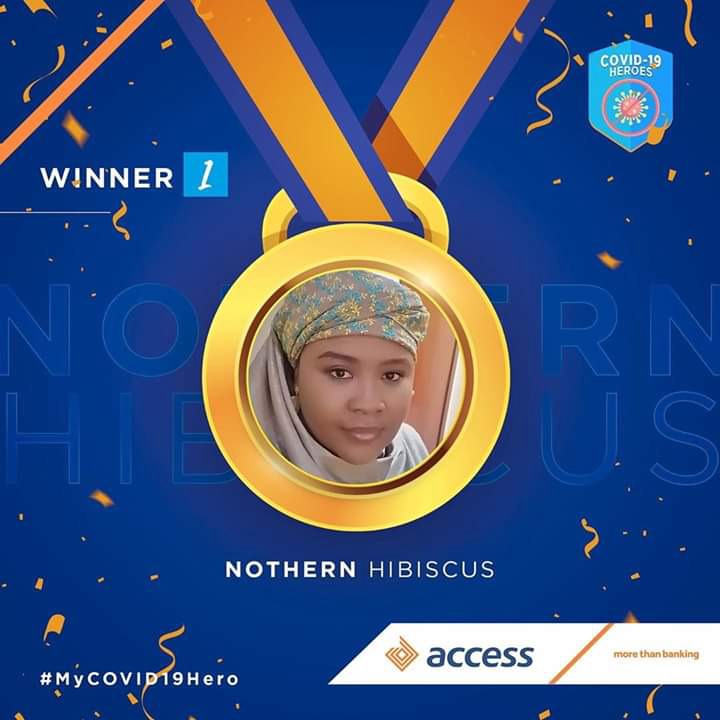 Content created and supplied by: De-yokel (via Opera News )