By Newsallround.com (self media writer) | 2 years ago

Musa I (c. 1280 – c. 1337), or Mansa Musa, was the tenth Mansa (which translates into the Mali Empire's "sultan," "conqueror" or "emperor," an Islamic Western African kingdom. He was described as the wealthiest Middle Age person. 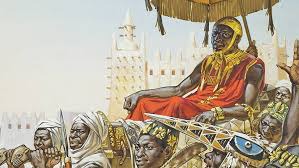 Mali consisted in wide part of the territory of the old Ghana Empire which Mali had defeated at the time of Musa's ascension to the throne. The Mali Empire comprised territory that is now part of Mauritania and Mali's modern state. During his rule, Musa held various titles, such as "Emir of Melle," "King of the Wangara Mines" and "Ghanata Conqueror".

Musa occupied 24 towns and neighboring areas. During the reign of Musa, Mali was possibly the world's biggest gold miner, and Musa was considered one of the wealthiest men in history. Recent analysts including Time magazine, however, have argued that there is no precise way to measure Musa 's property. 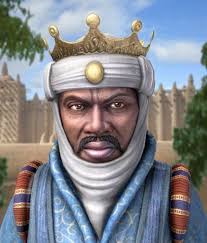 In Western manuscripts and literature Musa is commonly referred to as "Mansa Musa." His name also appears as "Kankou Musa" and "Kankan Musa" Many names used for Musa include "Mali-Koy Kankan Musa," "Gonga Musa" and "Mali's Lion. "Thanks to promoting the arts, literature and architecture, he made his kingdom expand tremendously.

Content created and supplied by: Newsallround.com (via Opera News )