By Frankmedia (self media writer) | 1 year ago

One of the major things that determine the success of comedians is their uniqueness. Most of them go to the extent of wearing special clothing as well as portraying a particular character. Chukwuemeka Amuzie known as Brain Jotter is one of the comedians with a different pattern. In his comedy skits, he always plays the role of getting angry and leaving the scene easily while carrying his shoes in his hand. This particular gesture has been very hilarious. 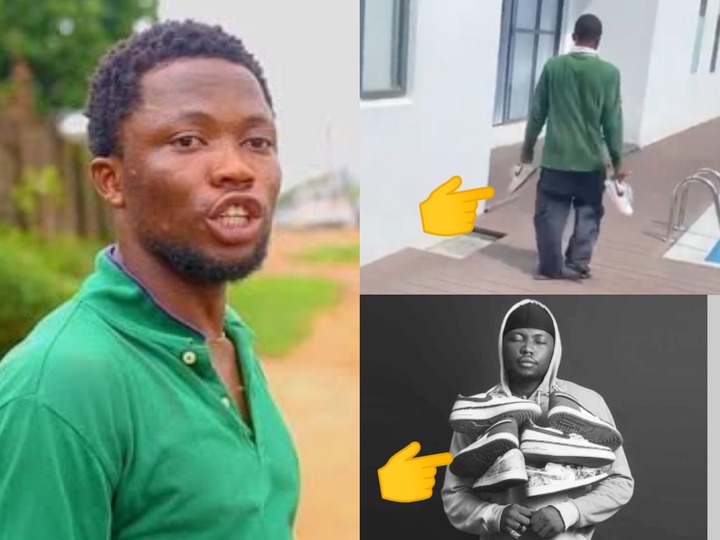 Many people believe that the purpose of carrying these shoes is to make their skits funny. Even though it was part of his plan, there is a major mystery that inspired him to carry them away. In one of his interviews, Brain Jotter disclosed that his early life was tough because he had to work hard before he could survive. He worked as a marketer and whenever he approaches a customer while wearing a shoe, he finds it very easy to convince them to buy his products. Apart from easily winning the hearts of people, his shoes are very tough too. No matter where he trekked to, the sole of the shoe didn't reduce in size. This became a motivation for me to hustle harder.

Luckily for him, he found favor in creating comedy skits. Even at that, he couldn't let go of the shoes. Instead, he uses them to create comic skits.

Other facts about the Brain Jotter include the following.

(1) The Comedian studied business administration at the University of Lagos (UNILAG).

(2) He started his career in school:

While at university, he started developing his career as a stand-up comedian. During this time, he was featured in a series of comedy shows.

(3) He has featured some of the best artists in Nigeria.

The Brain Jotter has worked alongside several Nigerian stars and comedians, including Don Jazzy, Ada Jesus, ThatMildRedGirl, Comedian Makana, and many others.