"The Evil Man Must Not Be Released Or Granted Bail", Tonto Dikeh Blows Hot On Baba Ijesha's Case

By Dbeloved (self meida writer) | 14 days

Child Abuse can come in many forms. Anything that is done to violate the right of a child is abuse. Children are precious gifts and should be protected and not violated.

Pedophiles are on the rampage, may God protect innocent children from the prying eyes of those people. No excuse will be enough for an adult to molest or violate a child. What is currently happening in society is an eye-opener for all parents.

Parents should watch and pray, and be careful who they leave their children with. After the arrest of the popular Yoruba actor Olarenwaju James fondly called Baba Ijesha, Tonto Dikeh has taken to her Instagram page to express how she felt about the news.

Tonto Dikeh is hurt and vows that she will do anything to ensure that the actor will not go scot-free if he is guilty of the allegations label against him. She pleaded with the Nigerian Police not to release or grant him bail else he is innocent.

Pain to one is a pain to all. So she is willing to speak up until justice is served on this matter. She encouraged other women to join her in the fight, to get justice for the little girl that was allegedly deviled for seven whole years.

The actress hopes that what she read on the news was just a dream and hopes that the popular Yoruba actor will not be proven guilty else, she said she is not going to take it lightly or allow him to escape justice.

She shared the actor's photos and tagged him as someone who pleasured himself with seven years old girl for seven years.

Read what she wrote below : 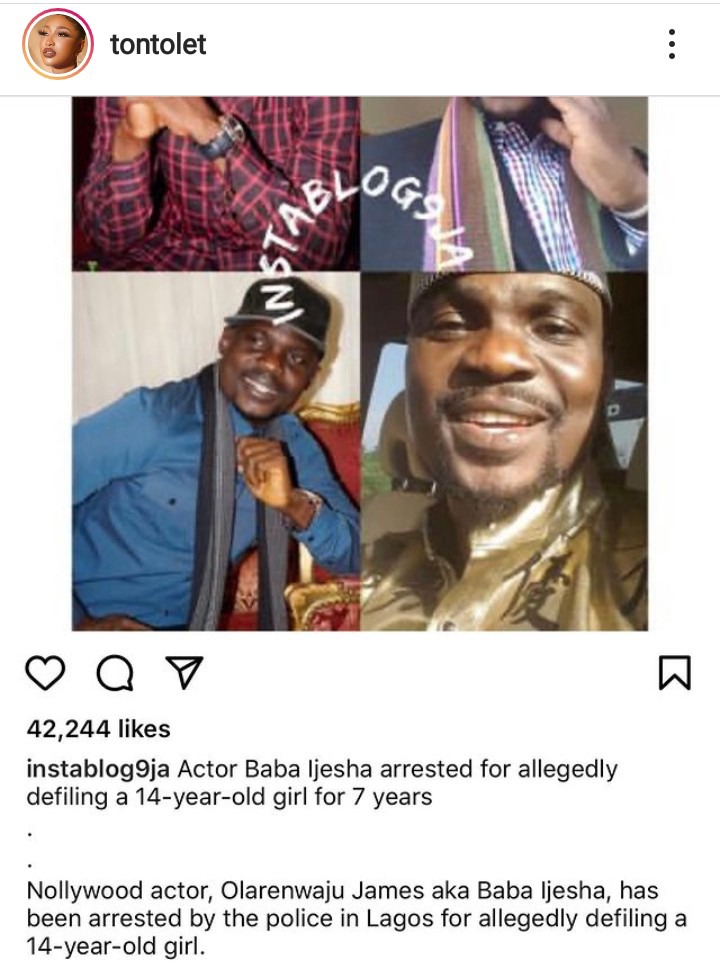 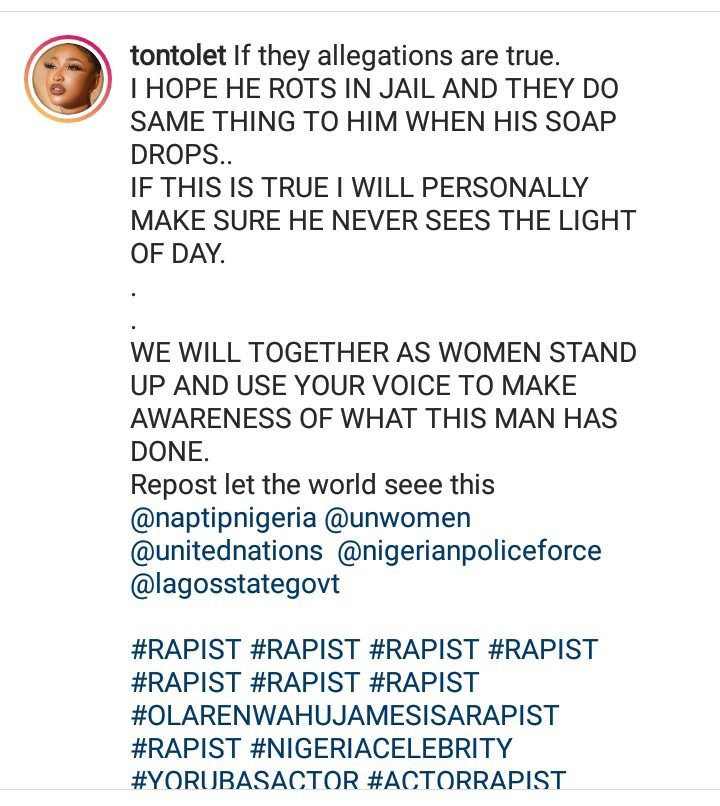 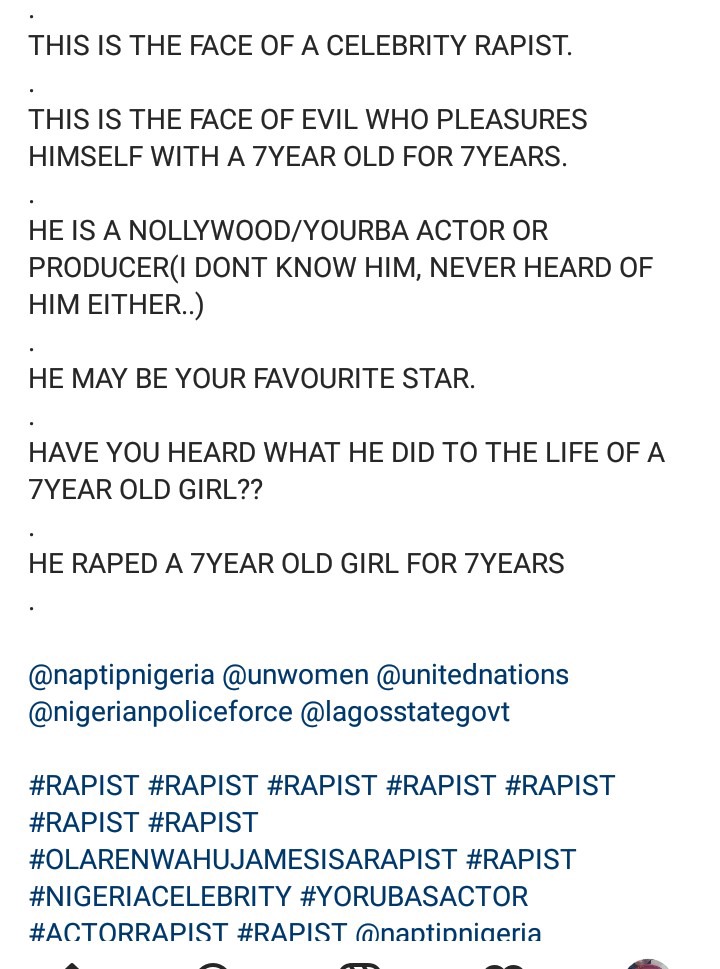 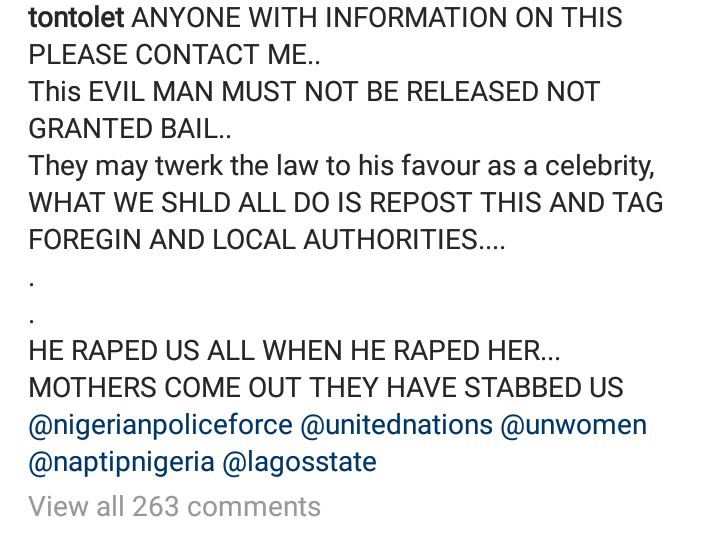 The actor was arrested on Thursday after he was captured on camera molesting a 14 years old girl in her mother's absence. According to the report, that was not his first time. He has engaged in the act since the girl was just 7 years old.

The victim's mother was able to catch the actor after she suspected that something is wrong with the girl. So, she installed CCTV cameras in the house which she monitored with her phone.

She saw her daughter being violated through her phone when she was not around. She heads back home and found the actor in the act in the kitchen. And he was later arrested by the police. He is currently cooling his head in the cell until further notice.

Tonto Dikeh is not only a celebrity, but she is also a philanthropist who fights for the right of women and vulnerable children, through her foundation. She cannot pretend in a situation like this.

She vows that she will petition the United Nations and others and will not allow the issue to be swept under carpet. 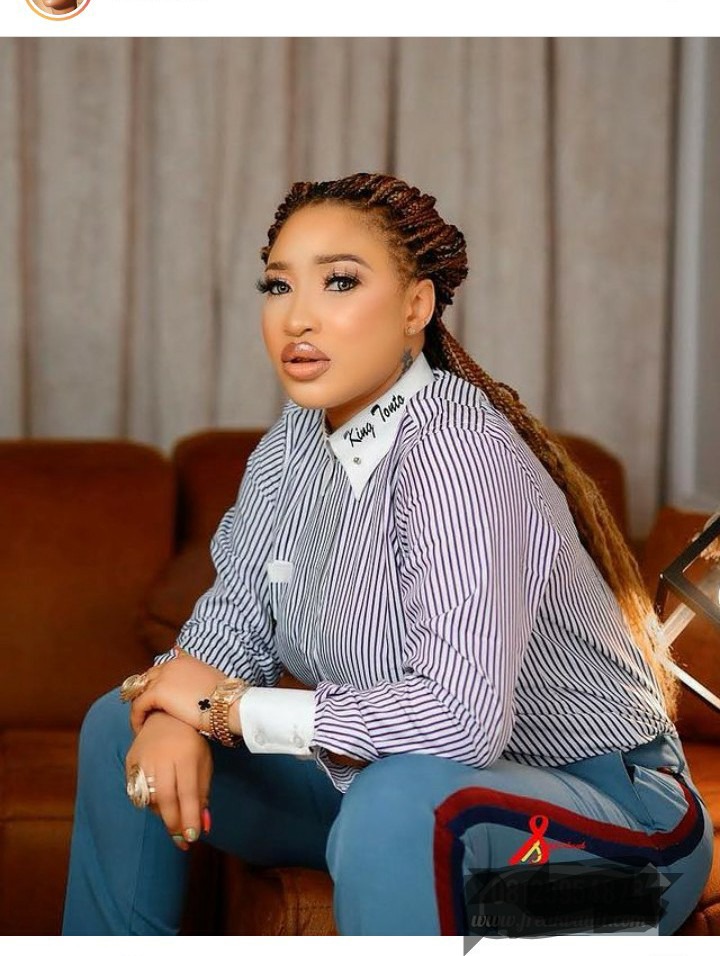 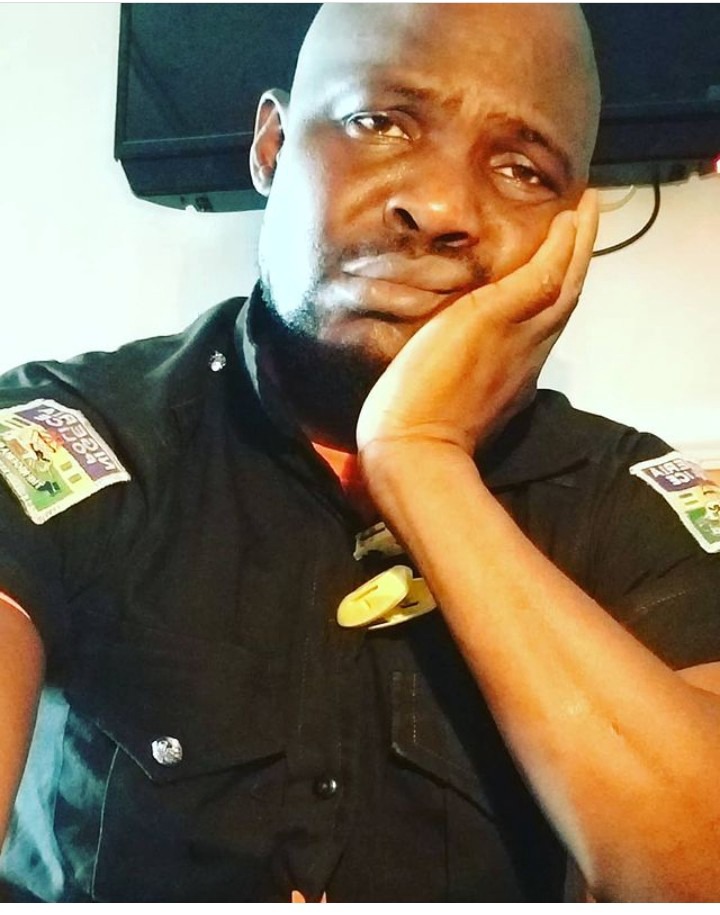 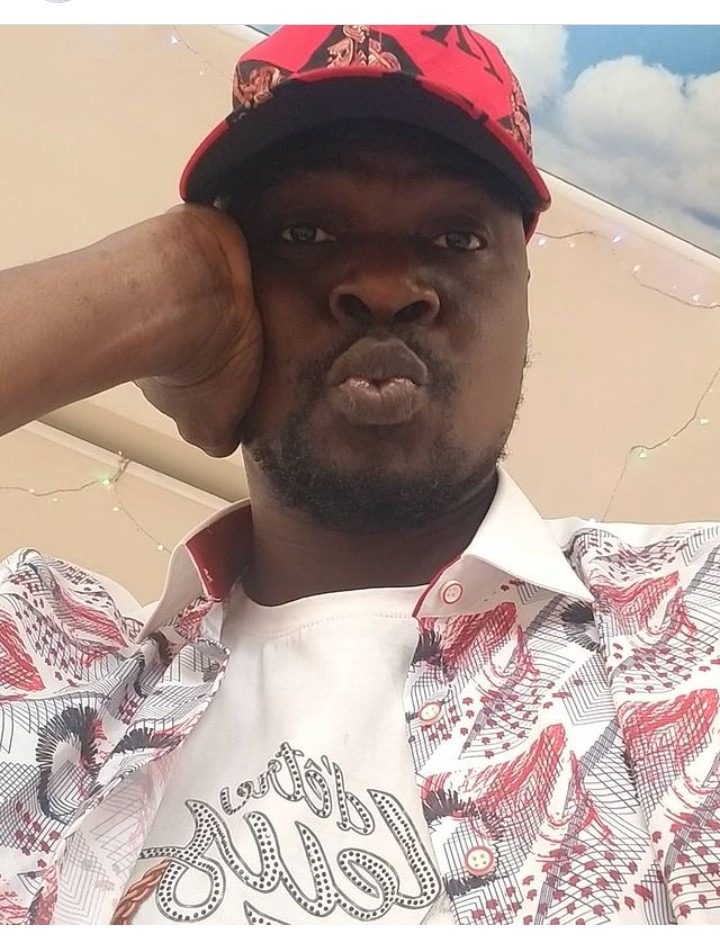