By OMOZEEUBOGU (self meida writer) | 26 days

In Greek mythology, Achilles was the greatest of all the Greek warriors who famously led a siege against the ancient historical city of Troy for ten years. According to historical accounts, Achilles is said to have had a relationship with a man named Patroclus, who was his close friend, wartime companion and assumed lover.

The relationship between the two men have inspired a lot of debate and speculation. The idea that Achilles and Patroclus were lovers is quite old. Greco-Roman authors read their relationship as romantic_ it was a common and accepted interpretation in the ancient world. Scholars of Greek mythology are of various opinions that Achilles and Patroclus' relationship could have been romantic or merely platonic. But what most scholars and students of classical literature agree on is that Achilles dearly loved Patroclus and flew into a rage when he was killed. Their tragic love story was the foundation on which Alexander the Great built his own close relationship with his long-life companion Hephaestion.

Many paintings, opera, ballet, theatre shows, films, books and television series have been inspired by the relationship between Achilles and Patroclus. This article introduces you to 3 popular films and books about them. Enjoy!

1. THE FURY OF ACHILLES 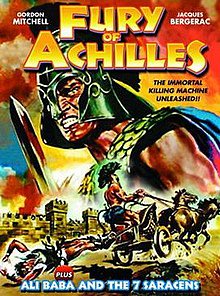 Film poster for The Fury of Achilles

The Fury of Achilles is a 1962 Italian historical drama set in the ninth year of the Trojan War. The film follows the rage of Achilles after Patroclus is killed by the Trojan prince Hector.

2. THE SONG OF ACHILLES 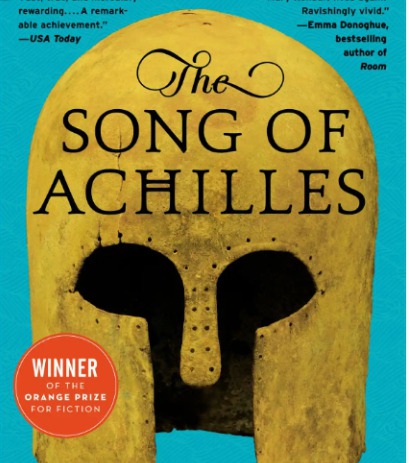 Book cover for The Song of Achilles

An absolute masterpiece, this novel tells the story of the love between the Greek mythological figures Achilles and Patroclus, while giving an historically accurate account of the men's involvement in the famous Trojan War. The novel explored who Patroclus was and what he meant to Achilles. Written by Madeline Miller, The Song of Achilles is one of my favourite novels. I literally cried when Patroclus died in the story! 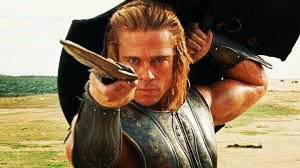 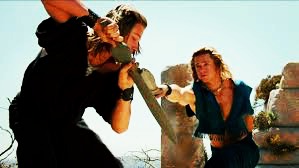 Photos of Achilles, Achilles in a mock fight with Patroclus from the film Troy

Troy is a 2004 epic historical war film. The film chronicles the sack of the ancient city of Troy by Achilles and his army of Myrmidons along with the Greek army. Although the film's producers opted to portray Patroclus as Achilles's cousin in the film, you can't help but notice the sexual tension between the two men as they mock fight in one of the first scenes of the film!