By NewsFusion (self media writer) | 1 year ago

Nigerian filmmaker, Biodun Stephen Oladigbo has accused Economic Financial Crime Commission (EFCC) of breaking into her hotel room in the middle of the night without any warrant. 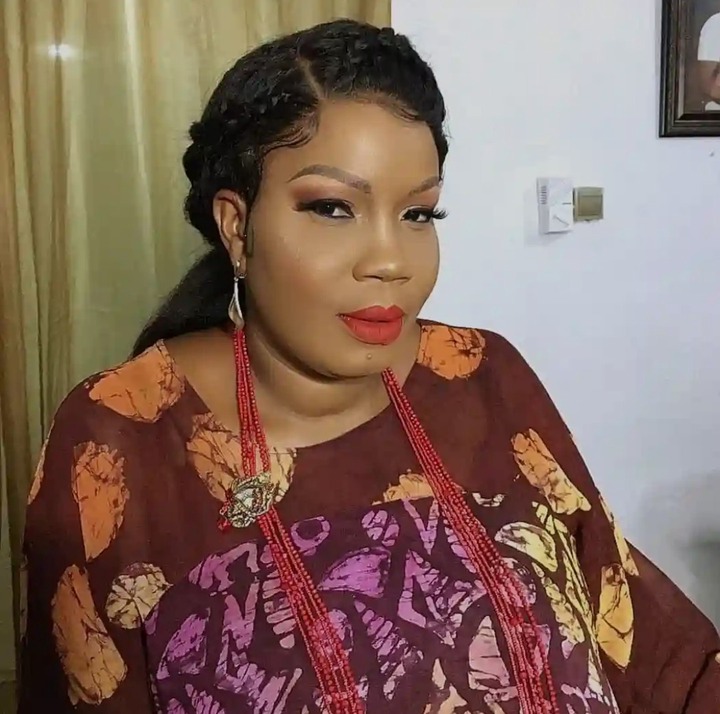 In a long post made on her official Instagram account, the movie director and producer said that in the middle of the night, she woke up and saw two heavily armed men in black dress in her hotel room.

According to the director, when she demanded to know why they entered her room unannounced, they told her that they knocked but nobody answered or responded to them.

Biodun later revealed that they asked her where the man of the room is, but eventually apologized and left after they realised they were in the wrong room.

She went on to say that the EFCC agents went ahead to interview other hotel guests in a rude manner and eventually made some arrests. 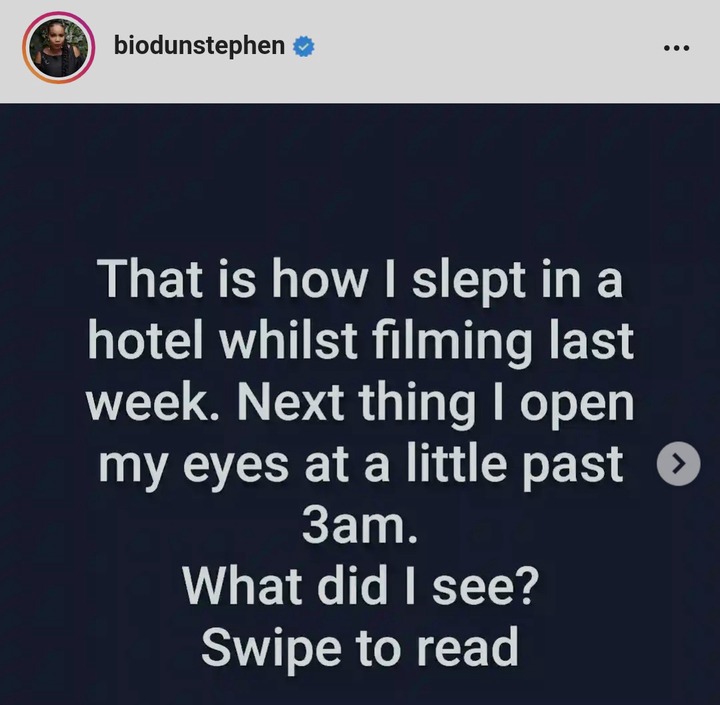 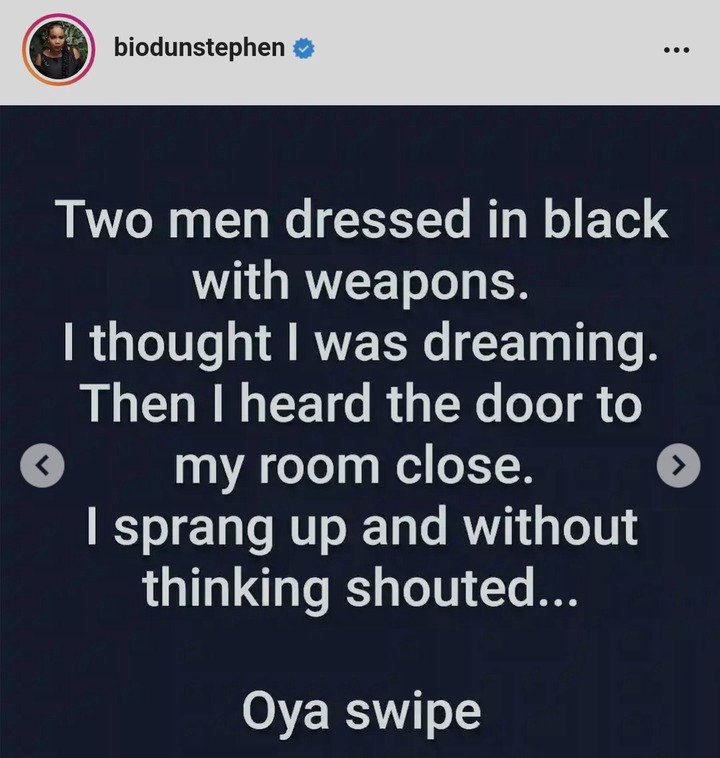 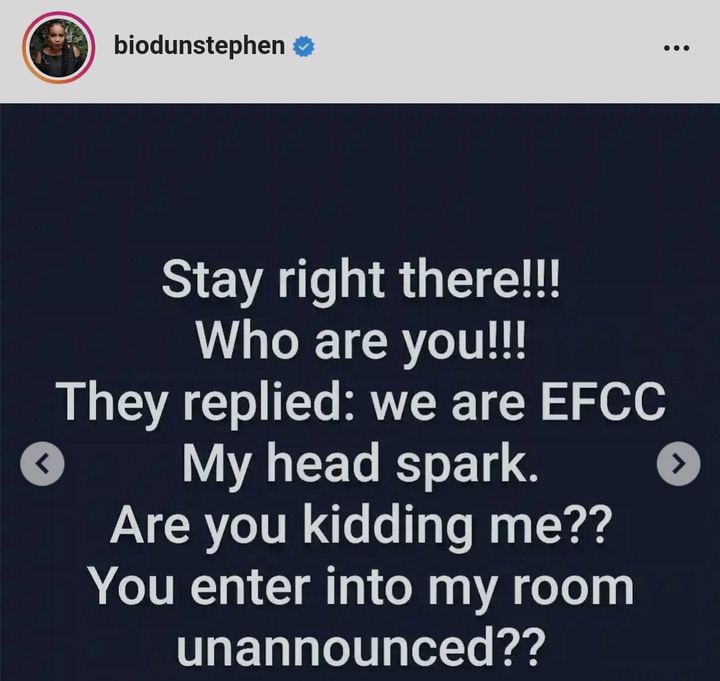 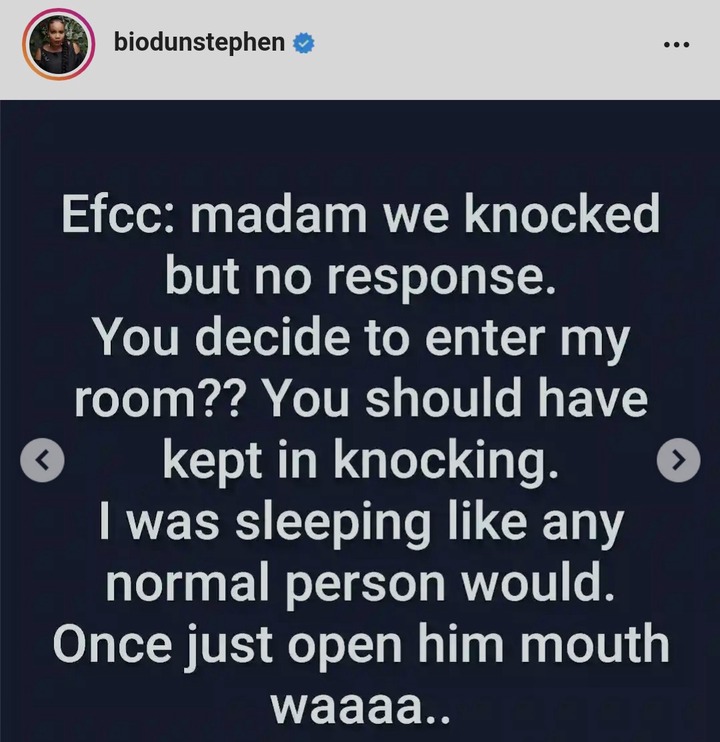 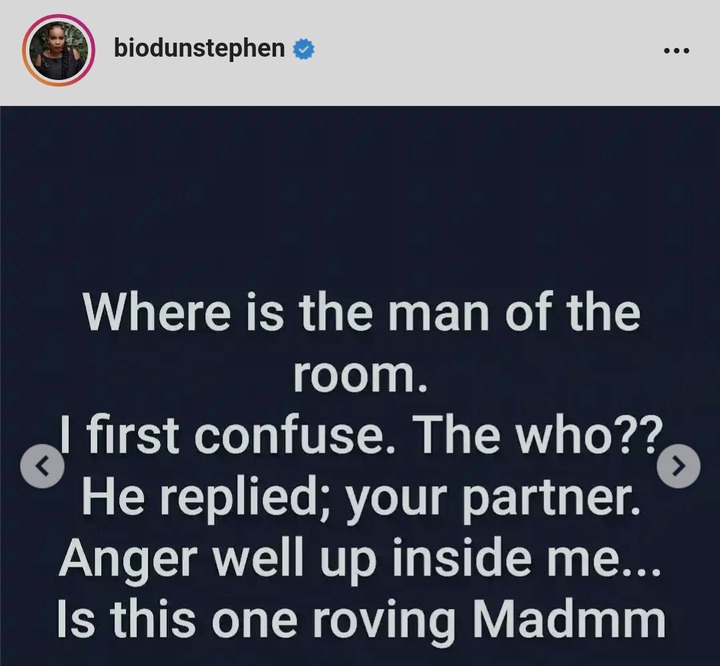 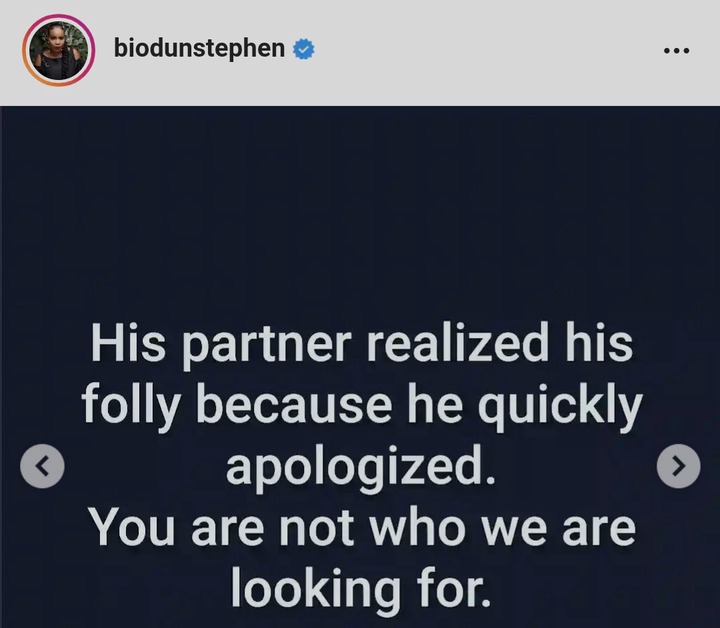 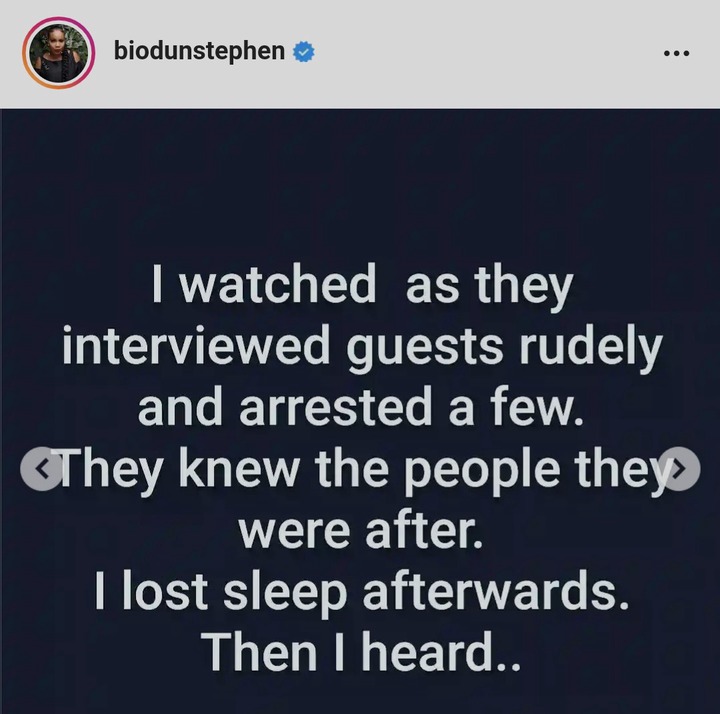 Biodun Stephen is a Nigerian film director, writer and producer, who specialize in romantic drama and comedy films. She has been noted for getting inspiration for the title of her films, from the main character names as depicted in the film with Tiwa's Baggage, Ovy's Voice, Ehi's Bitters and Sobi's Mystic as notable examples.