By Goodluckvlog (self media writer) | 1 year ago 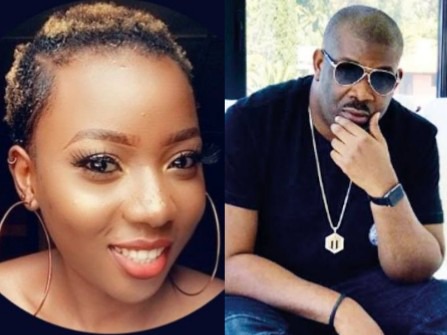 Don Jazzy broke the internet again after he gifted a fan N200k and we would show you the reason why he showed this kind gesture.

Don Jazzy posted a tweet today,he told his fans that today is the day BBN show would start.Here is the tweet

Fans reacted to the tweet,some where excited about the show while some said they couldn't watch it because of few problems they had.This particular lady I showed you in picture above replayed to Don Jazzy post and said that she had no TV to watch the show even though she wants to watch it. She jokingly replied and said that her TV isn't working again.Don Jazzy saw this tweet and did something unexpected.

Here is what the singer replied her with 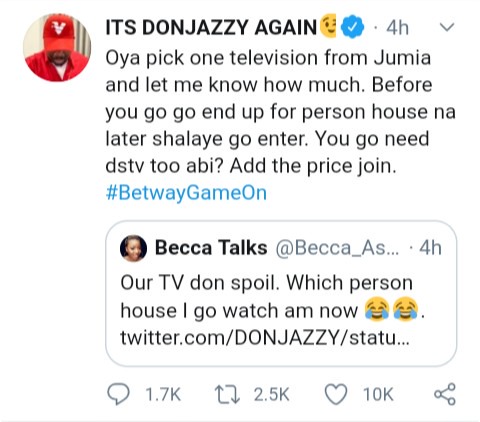 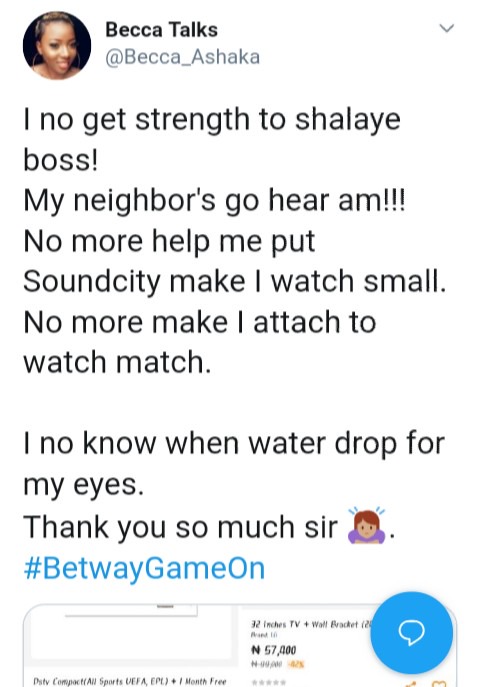 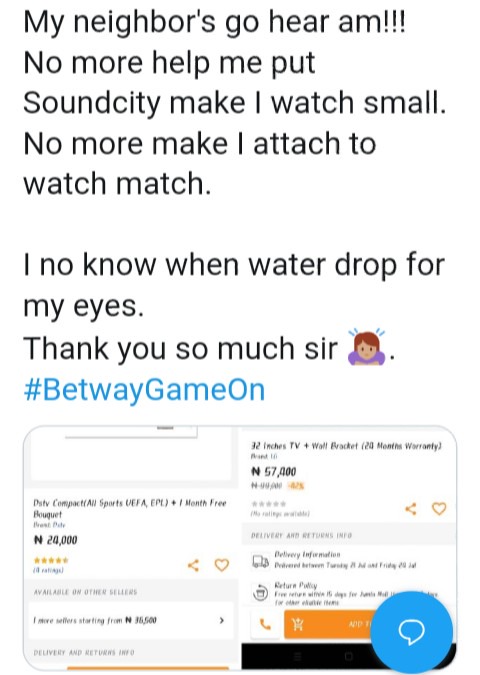 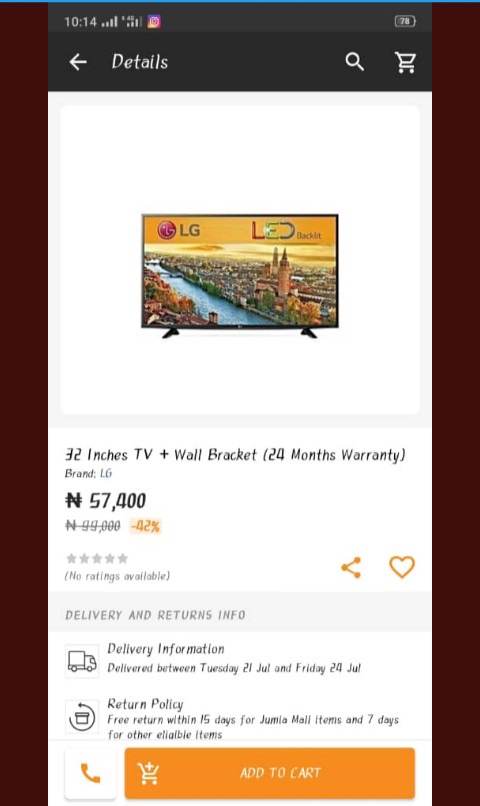 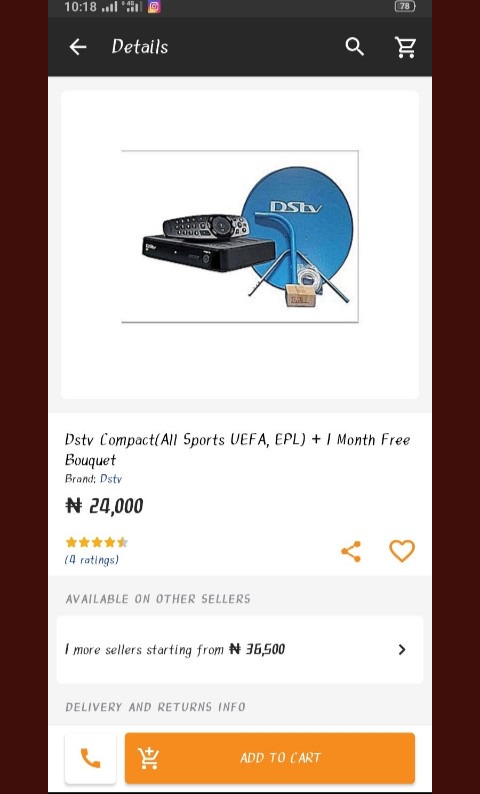 She sent Don Jazzy the screenshots of A TV and Satalite dish that was surprisingly low,it was below N100k

Don jazzy replied and sent her N200k instead. 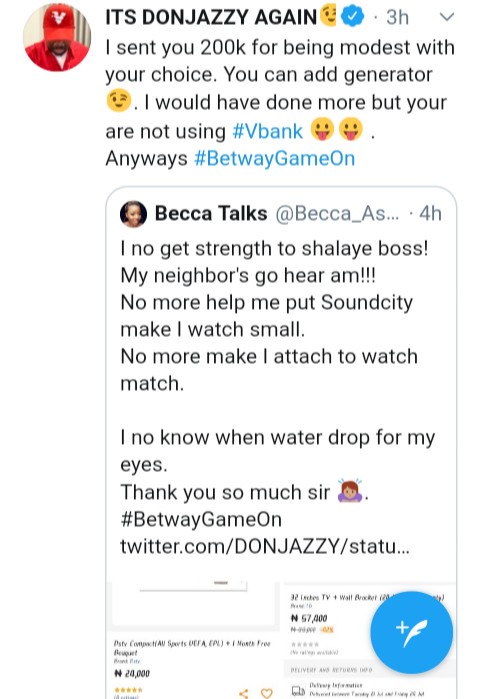 This action made many fans happy as they praised the singer for blessing the lady beyond expectations.