"Stop Telling Me I Need Surgery, My Husband Is Not Complaining" - Okezie Deborah Blasts Cyber Bullies

Deborah Okezie, as we all know, became an internet star and internet phenomenon after going viral on Facebook for speaking out against her son Don Davis's alleged molestation when he was in school.

Although the post about Deborah Okezie's son's molestation in school, which made her and her son famous, is still in court, it hasn't stopped Deborah Okezie from continuing to broadcast on Facebook, where she teaches people how to spice up their relationships and also gives advice and herbal remedies for various illnesses.

Deborah with her 4 wraps of swallow

Deborah Okezie, a public figure, is constantly at odds with cyberbullies and trolls who delight in humiliating her and hurling insults at her whenever she watches a live broadcast. She made a live broadcast yesterday morning slamming trolls in response to the relentless abuse she receives on her Facebook page.

According to her, she posted a picture of a newly married couple on Sunday, wishing them a long and happy marriage, but instead of wishing them well, trolls went to the comment section and said nasty things about the man. She said the couple begged her to take down the post after seeing the attacks on them.

Deborah was not convinced by the concept of removing the congratulatory post due to cyberbullies, so she insulted those who criticized the man and blocked more than 100 people who liked and posted negatively on the pair.

Not satisfied with that, Deborah claims that when she awoke yesterday morning to respond to some messages on her social media accounts, she received a message from a woman informing her that she needed stomach surgery. She said she was pitying her during her previous live broadcast.

Deborah, using the morning's scenario, warned those who harass and body shame others that she is not looking for a husband and does not want someone to educate her about her body. To prove her point to critics, she pulled out four swallow wraps and declared that they will be her morning breakfast, despite the fact that she has no need for a flat stomach. 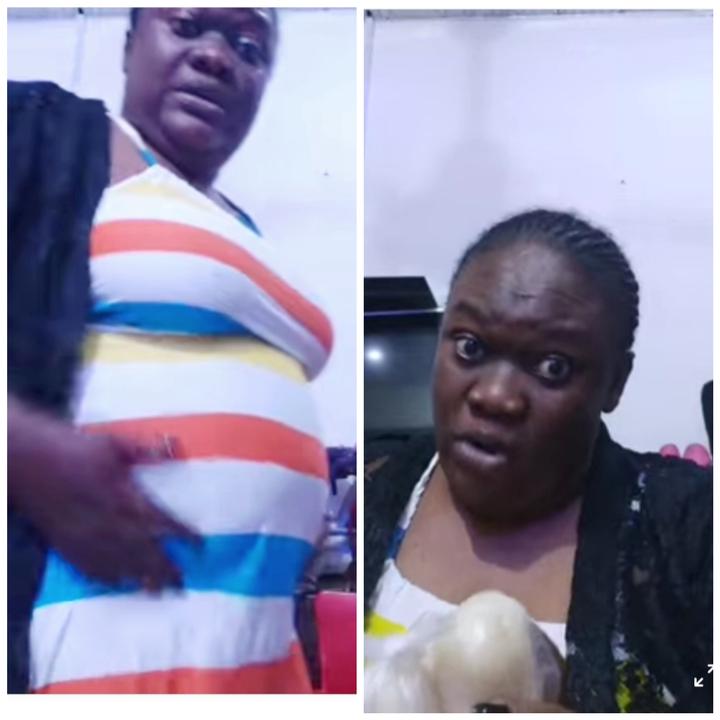 Don't come to my timeline and criticize the people I post because if you do, I'll condemn you as well. They should quit if the public doesn't like my bully. Deborah Okezie, amidst pains, said, "I can't because of them and avoid consuming foods that I enjoy."

We have no idea what people go through every day. People go through a lot, and the least we can do as human beings are dispassionate and speak kind words to them. From using derogatory language against others because you have a phone and a data plan.

Content created and supplied by: Kapoor01 (via Opera News )