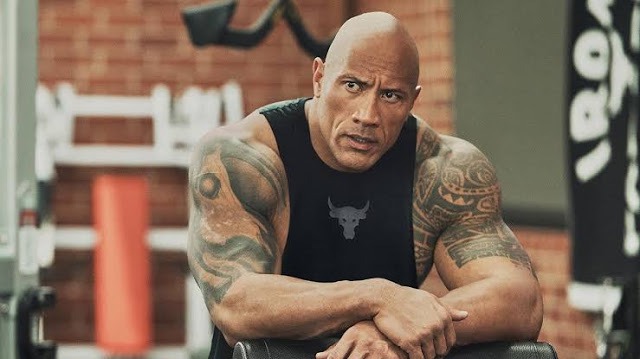 How much is Dwayne Johnson's net worth?

Today this name is such a big brand conquering several fields. He is known popularly by his WWE name The Rock and he's half Samoan and half African.

Dwayne had a successful career in WWE after his aspirations for American football fell short. He left the wrestling world for acting which became another successful venture of the superstar. He is one of the most celebrated and successful celebrities in the world.

The Rock has always been on Forbes highest paid actors list and being one of the highest grossing artists of all time. Worldwide, his movies have grossed over $10.5 billion leaving him with an enormous net worth of $320 million.

On May 2, 1972 Dwayne Douglas Johnson was born in Hayward, California. His father was a former professional wrestler Rocky Johnson who died in 2020. His teenage life was a rough one filled with lots of troubles and arrested multiple times for theft, fighting and check fraud before age 17.

Dwayne is half black and half Samoan. His family has a long association with wrestling even before he was born. His mother was a pro wrestler just like his father. Johnson's maternal granddad and grandmother were also into wrestling.

His aspired football career later turned down on him entering the NFL draft and going undrafted and being cut off from your team in the middle of the year first season. He began training as a professional wrestler after such incidents.

Dwayne rose to prominence in WWE with a charismatic persona of a trash talking wrestler known as The Rock. He contributed a lot after his WWF Championship win in 1998 like being the huge runner for a boom period of WWE "Attitude Era".

He returned full-time to WWE in 2013 after leaving for acting career pursuit in 2004. The Rock fully retired in 2019 and considered one of the greatest professional wrestlers.

Dwayne Johnson is constantly ranked among the world's highest paid actors and among the most influential people in the world.

His acting career is one of the biggest with his films grossing over $3.5 billion just in North America and over $10 billion in Box Office worldwide.

Dwayne is one of the highest grossing actors of all time with most notable films such as The Scorpion King, The Game Plan, Hercules, Central Intelligence, Rampage. He has also starred on the Fast & Furious and Jumanji franchise.

What is Dwayne Johnson's net worth?

As of 2020, Dwayne Johnson's net worth is estimated at $320 million making him one of the richest wrestlers in the world. The Rock owns a movie production company known as Seven Bucks Production. His endorsements includes Under Armour and Voss Water among others. For Johnson to maintain his physique, he eats more than 5,000 cabs a day, sometimes across up to seven meals. The former WWE star eats about 10 pounds of food a day. The Pancake is one of his favorites and most often shares its pictures on Instagram. The actor and former wrestler dropped a whooping sum of $35000 for his first Rolex watch. This was when he was still a wrestler and he eventually broke it later on. Dwayne owns a variety of cars that are custom-made. The most notable of them all is the Pagani which was made for his suiting and costs around $1 million. He owns a mansion in Miami which costs Johnson $5.5 million. The Miami house is the actor's main home with lots of outrageous features and excellent interior and exterior looks. He is one of the richest Hollywood stars and can sure afford himself the $65 million private jet. In the bid to make his flight much enjoyable he has two flight attendants that takes care of his needs.