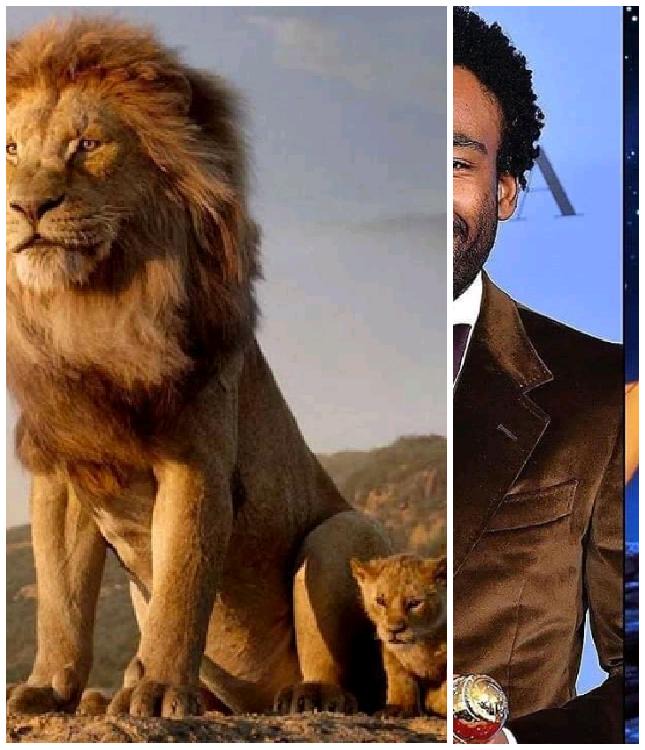 The Lion King is an American musical drama film directed and produced by Jon Favreau, written by Jeff Nathanson, and produced by Walt Disney pictures. It is a photorealistic computer-animated film. The voice of Simba was by Donald Glover. Simba is a Lion who is the crown Prince of the Pride Lands. Donald McKinley Glover Jr. is an American actor, musician, comedian, writer, screenwriter and DJ. He performs music under the stage name Childish Gambino and as a DJ under the name mcDJ. He was born on the 25 September, 1983. Donald McKinley Glover Jr. was born at Edwards Air force Base, California where his father was stationed, and was raised in stone mountain, Georgia. His mother, Beverly is a retired daycare provider, and his father, Donald Glover Snr., was a postal worker. His parents also served as foster parents for 14 years. Glover was raised as a Jehovah's Witness. Glover attended Lakeside High School and DeKalb School of the Arts, and was voted 'Most Likely To Write for The Simpsons' in his high school yearbook. He graduated from the New York University Tisch School of the Arts in 2006, with a degree in dramatic writing.