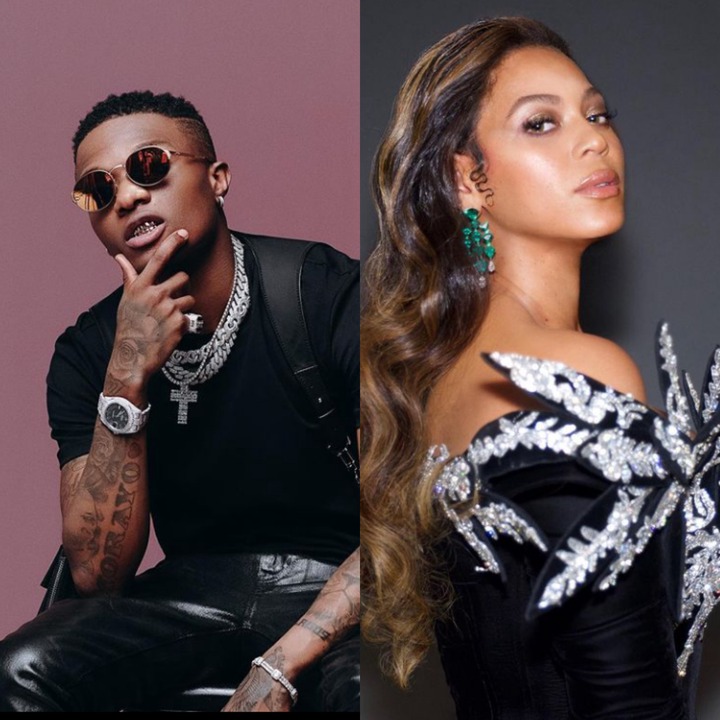 Nigerian controversial Journalist Kemi Olunloyo has come out to reveal that the major reason why Beyonce was able to win Grammy, Soul Train, and NAACP awards this year was because of the influence of Wizkid a Nigerian and International singer on the song. 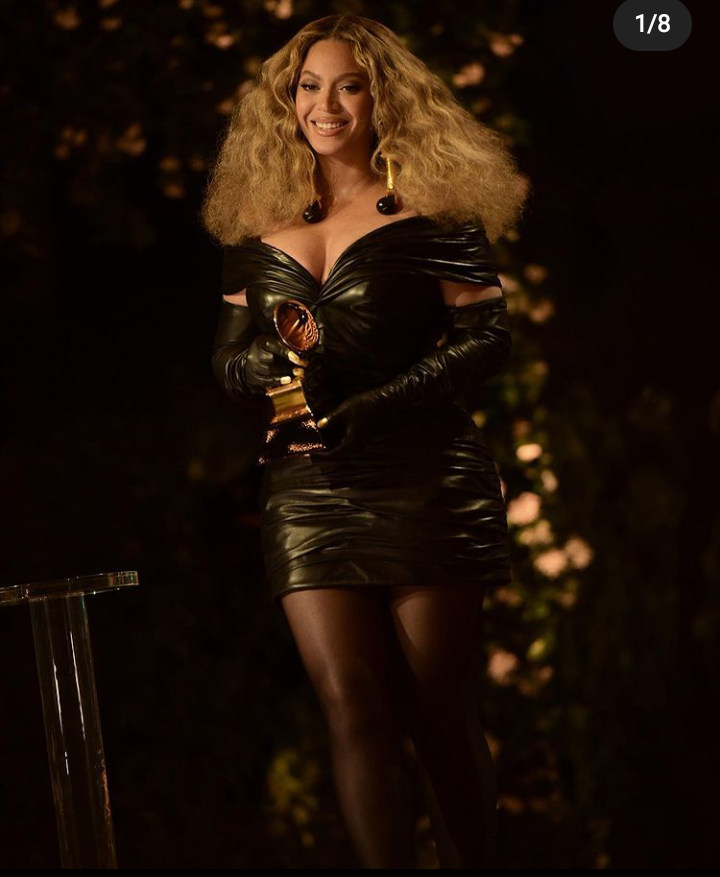 Kemi Olunloyo was with her usual tweet some minutes ago when she tweeted about the song, even though her claim can’t be outrightly accepted but the fact remains that Brown Skin Girl in which Wizkid featured on is the most successful track in Beyonce Lions King album. 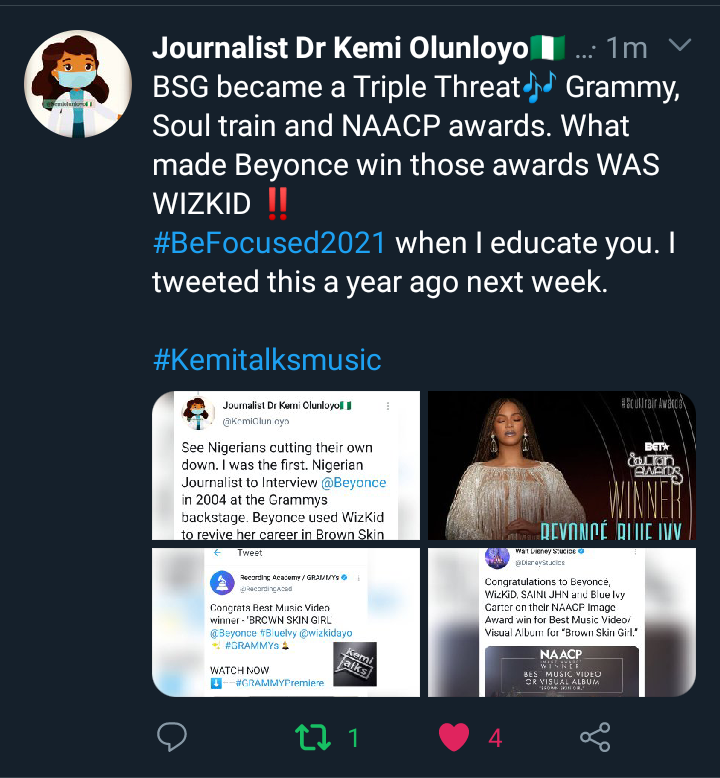 Out of all the songs in the Album, only Brown Skin Girl has more recognition than other songs, it was so massive that Beyonce had to release it as a single later on. 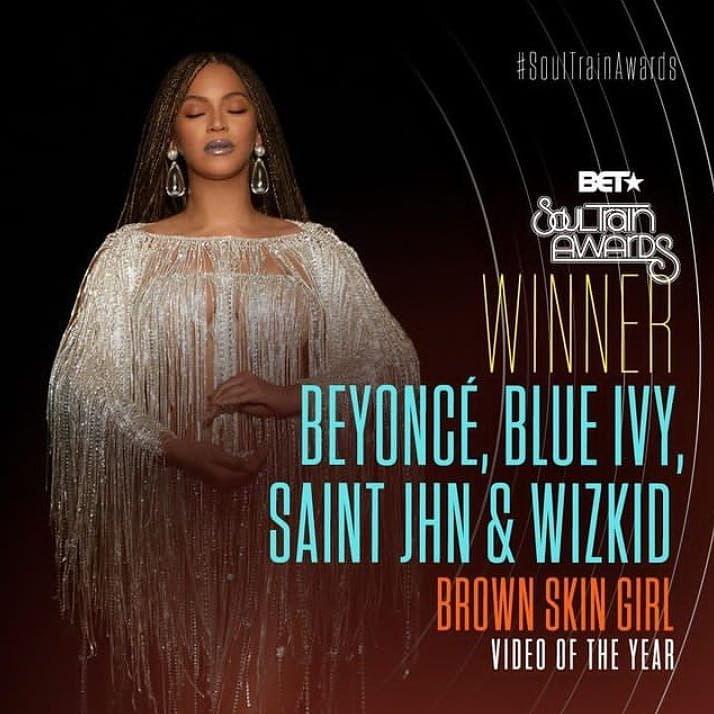 The song debut on Billboard 100 and it spent some weeks on the chart, and it’s the only song on the album that has the highest numbers of awards, the song has over four awards currently and three awards came in this year, so Kemi Olunloyo claim can’t be rejected and it can’t be 100% accepted.