Top Ten (10) Producers In The Country At The Moment.

By Coldie (self media writer) | 2 years ago

Music, as we all know is a great source of relieving tension for both the body and the mind. Music has been found to be so therapeutic, that's one of the reason it's used; while working out, at museums, at the ATM gallery, while reading and many many more occasions.

We can't talk music in general without mentioning Nigerian Music. Thanks to those like Davido, Wizkid, Burnaboy, Fireboy, Rema and alot more who have put in their dedication to make sure Nigeria is own of those leading countries in offering vibes to the airwaves.

No alot of people see music and music production as the "hardwork" of only the artist or musicians. Most times, we don't know that producers put more effort to make sure that each track recorded by an artist sounds new and fresh 🤷. They are the ones behind the vibes and notions we have about the music we listen to most times.

Let's take a few minutes to go on a journey, seeing the top 10 best producers in the Nigeria Music Scene at the moment... Let's go! 😋 If you've listened to songs like 'Case' by Teni, 'Daz how stars do' by Skiibii, 'Power rangers' by Teni and many more popular hit jams, then JAYSYNTHS vibe isn't new to you at all. His efforts in the music industry is highly significant and that's why he's presently one of the biggest in Niger at the moment. In the year 2018, Northboi came into the scene with his credible work on 'Soco' by Wizkid. Since then, he's done alot of work with other acts Beyonce especially in the 'LION KING' album, 'Joro' by Wizkid and alot more vibes. Have you heard that lit hit from Davido ft Chris Brown called 'Blow My Mind', then you're in acquaintance with SHIZZI 😁. He's known for many more works like 'Sweet In The Middle', Davido's song with Naira Marley, Zlatan and Wurld. He also worked on Davido's abulm titled 'A Good Time'. If you are a fan of the voiceless Zanku rythms tracks that have been known for lighting up parties and clubs, then you should have heard of Dj YK Beats. He has a lot of works ranging from 'Dance Instrumentals', 'Leg Work', and many more. You can't simply Gbese without Dj YK Beats. 😂 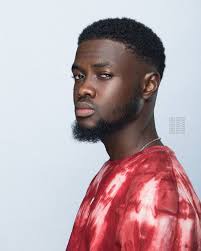 With his work on 'Jealous' by Fireboy, Cracker is a producer that always has something pleasant for the airwaves. He also worked on 'Mo Cover Eh' by D'banj, 'Otumba Lamba' by Slimcase, 'Pawon' by Olamide and many more hit laudable tracks. Sarz has been known for giving us great tunes right from way back. He produced 'Oja' and 'Instagram' for Reminisce. He's also known for his numberous works with Wizkid and Niniola. One of his songs with Niniola is 'Desiigner'. Killertunes also known as 'Shabalistical', has worked with alot of artist in the Nigeria Music Scene. Some of these artist are Joeboy (in the production of 'Beginning' and 'Don't call me back'), Lyta (in 'Monalisa'), Wizkid (in 'Ghetto Love'). He also worked with Naira Marley on 'Tingasa' and he has alot of Beat tapes in his name. If you've heard "Riddimacoolayhor", then you know who he is already. He's a strong member of the YBNL family and he's known for his unique flavor in all the songs he's produced. He did 'Scatter' for Fireboy, 'Billionaire' for Teni, '49-99' for Tiwa Savage' and alot more artists. He's also acknowledged for his work on Fireboy's 'Laughter, Tears and Goosebumps' debut album. 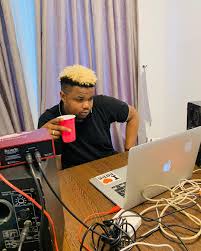 When you hear 'Yo, Rexxie pon this one', you know it's Rexxie. He produced 'Able God' for Chinko Ekun, 'Mafo' for Naira Marley, 'Leg Work' for Zlatan. He's been known for so so many of Naira Marley's hit tracks even till today. 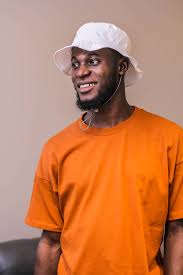 If you are a fan of Burnaboy, then Kel P is no stranger to you. He produced 'Dangote', 'Killin Dem', 'Gbona', 'On the low' and many more for Burnaboy. He's also behind the track ' Ease your Mind' for Wizkid, 'Broda Sodiq' for Niniola and many other artists. He's known to his unique afro feel style to each and every of his tracks.

There are a whole lot of rising and significant producers in the country with goods vibes and sounds, apart from the ones listed above.

Please, like this article 🙏 and also comment your best producer (let's see if you know music at all 😂). Follow me if you wish to hear more from me. 🙏😁

Content created and supplied by: Coldie (via Opera News )