By Kossy (self media writer) | 4 months ago 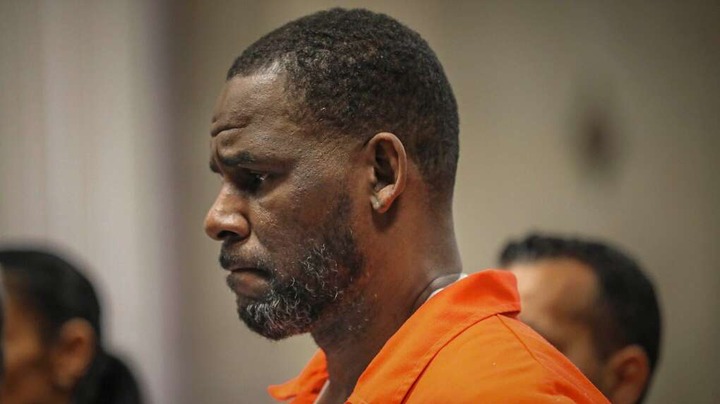 We know R. Kelly has faced accusations of sexual misconduct since the 1990s, but on Monday, the 27th of September, the popular R&B singer, R. Kelly, whose full name is Robert Sylvester Kelly was found guilty (by Jurors) of racketeering, including acts of bribery and sexual exploitation of a child, along with separate charges of sex trafficking. For five weeks, nearly a dozen of his victims, who were identified as “Jane Does”, took to the stand in a New York courtroom and provided disturbing accounts of the abuse and mistreatment they suffered at his hands. Many of these victims said they had sex with R. Kelly when they were underage.

The Jury, made up of seven men and five women found R. Kelly guilty of nine counts; one count of racketeering and eight counts of violating the Mann Act for allegedly coercing and transporting victims across state lines.  This verdict comes after 13 years after Kelly was acquitted of charges at an Illinois state trial. Prosecutors say this verdict could see R. Kelly spend a mandatory minimum of 10 years in prison and could get up to life in prison at his sentencing on May 4th.

“Today’s guilty verdict forever brands R. Kelly as a predator, who used his fame and fortune to prey on the young and vulnerable and the voiceless for his sexual gratification,” says Jacquelyn Kasulis, acting US attorney from the Eastern District of New York.

Content created and supplied by: Kossy (via Opera News )