As the US presidential election draws nearer, popular rapper, songwriter and Fashion designer commenced his campaign with a meandering speech and emotional outburst. 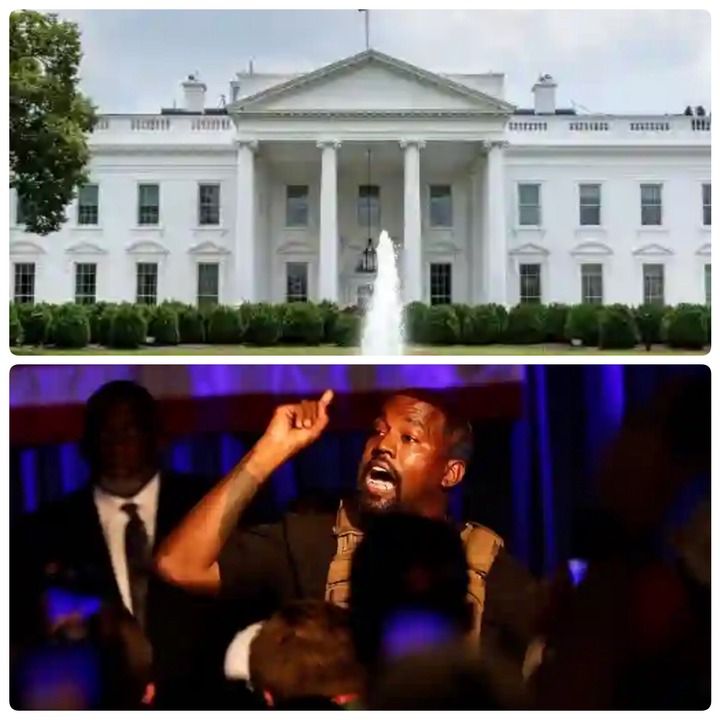 Born June 8, 1977(43), Kanye Omari West is a famous musician and fashion designer who hails from Chicago, Illinois, U.S. He is presently married to Kim Kardashian another popular figure in the U.S. The father of four and former supporter of President Donald Trump is now in the race for U.S. November presidential election. West made his intentions known at a rally yesterday, were he broke down in tears during his speech. According to Aljazeera, he wore a bullet proof jacket marked Security and with 2020 shaved onto the back of his head. In the rally, he spoke mainly on abortion, pornography and argued policy with the attendees.

He told the audience how he wanted his wife to abort their eldest daughter North. And how his father almost aborted him before his mother saved him. He also said abortion should be legal, but every struggling new mother's should be given Financial support. He went ahead to suggest that everybody that has a baby should get a million dollars. However, the details of his campaign is still yet unknown. He has also missed the stated deadline for his name to be listed on the Presidential ballot for many states. But he is listed on the ballot in Oklahoma.