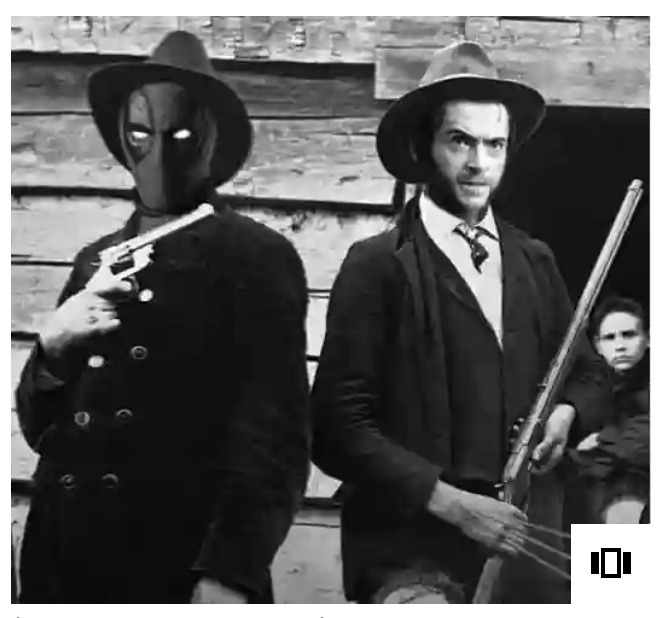 At the time, Ryan accompanied his now ex-wife Scarlett to the set of the 2009 movie X-Men Origins: Wolverine in which Scarlett was staring alongside Hugh Jackman. When Hugh and Ryan met, Hugh threatened Ryan to better be on his best behaviour on the set cos he is watching him. Then Ryan replied him jokingly and they both went back and forth and that was how their 'feud' started albeit a faux one as they began to make fun of each other.

While both continued their friendly feud in private it wasn't until year 2015 that the world got to know about it. Hugh posted on Twitter a video of Ryan in his Wade Wilson (Deadpool's name) burn prosthetics as he pretended to be Hugh and asked for the public to vote him as the People's Sexiest Man Alive in Australian accent (Hugh is Australian). 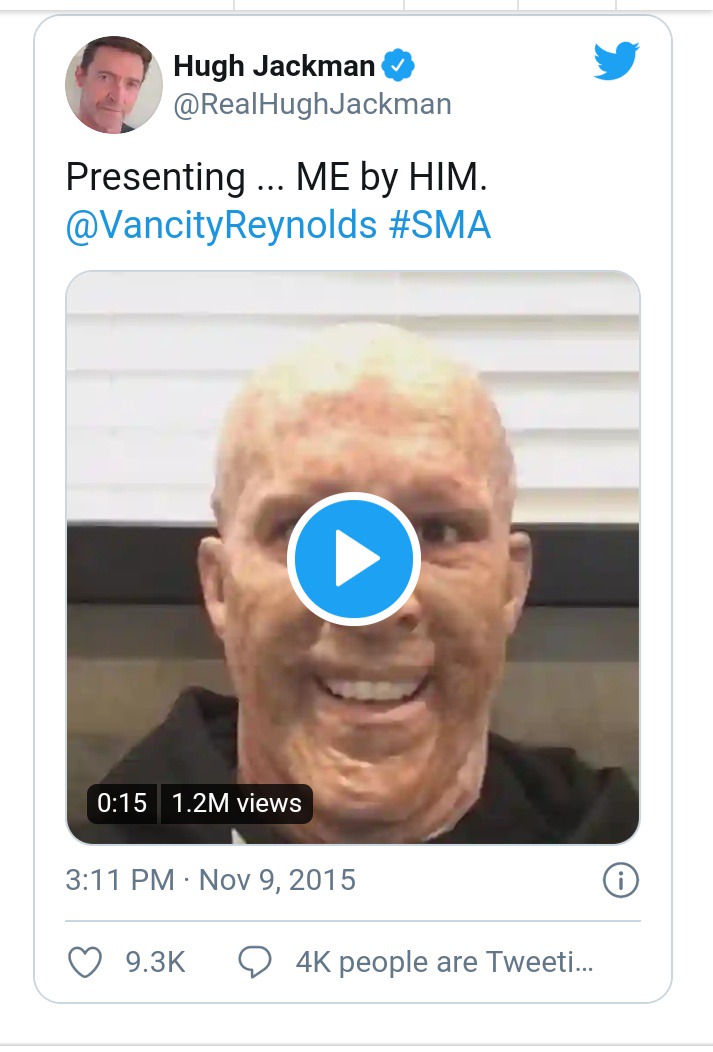 This drew a lot of media attention and both of them have never looked back since, trolling each other at every opportunity. Except on rear occasions when they agree on a truce for charity sake, they are always poking fun each other.

Trying to cover every of their feud may take forever so I will pick my top 5 of their media feud/trolling. Then add some honourable mentions.

Hugh Jackman presented Ryan Reynolds a birthday gift on his birthday- a 'privileged' hug on Twitter. He wrote, "Because I’m told that I AM THE NICEST GUY and you’re NOT... I will let you hug me. Just this once. On your birthday." And to this Ryan replied, "This man is a monster. He’s not even from Australia. He’s from Milwaukee." A city widely known for its breweries. 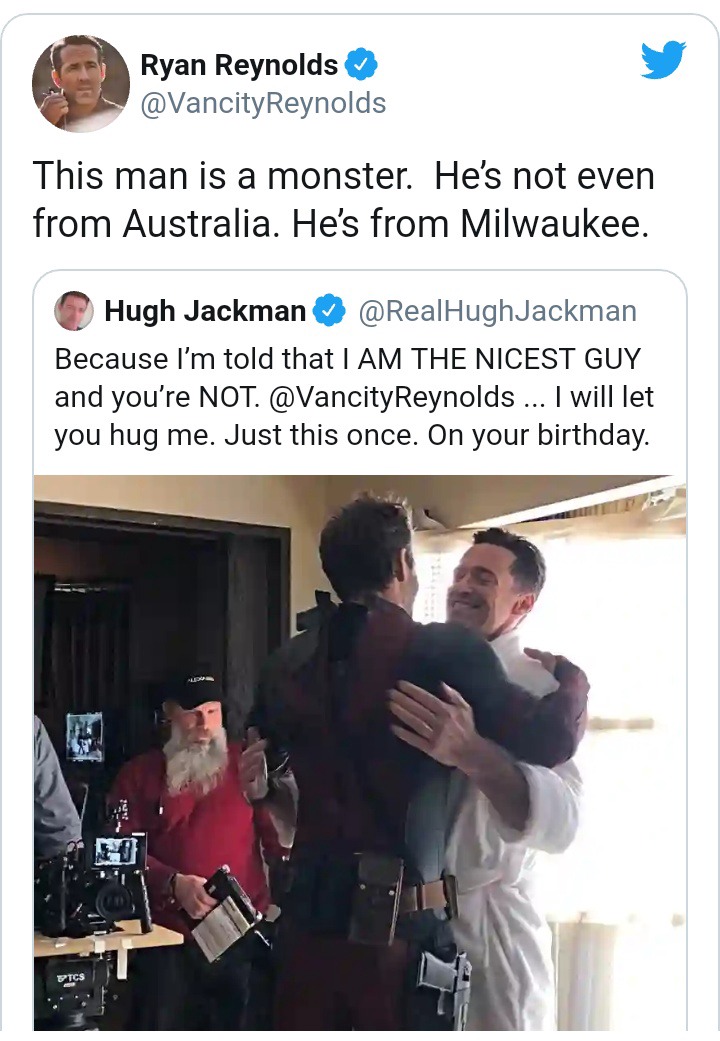 Hugh posted a throwback picture of himself and his wife celebrating their 24th wedding anniversary with the message: "These 24 years have been the best of my life! And, as far as I can see, we keep getting better. I love you Debs with every fibre of my soul. Happy anniversary. #24"

To which Ryan, insinuating that it was a torture being with Hugh for that long, replied, "Hang in there, Deb."

Hugh Jackman was honoured in his homeland Australia and Ryan congratulated him on Instagram by saying, "Receiving the Order of Australia is a huge deal. And despite what I tell anyone who'll listen, Hugh Jackman is one of the finest, kindest, hardest working, generous and most talented people I've had the privilege to call my friend. There's nobody better." Wow.

That was truly great and unexpected until he finished the message with, "none of this changes the unfortunate fact he's a complete b*stard." Hahaha... More like Ryan. 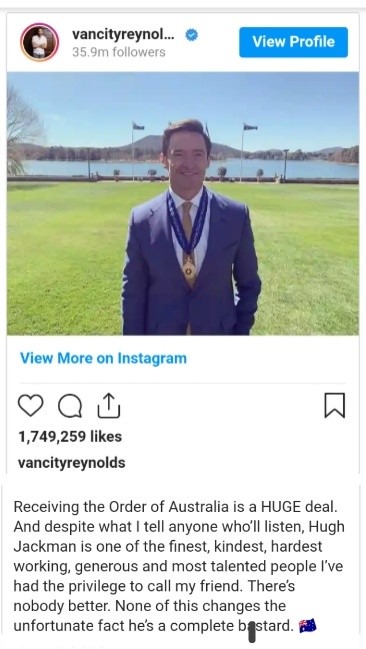 In March, Ryan announced that he and Hugh were putting their feud aside in order to support the "All in Challenge," an initiative to provide palliatives for people in need amidst the ongoing pandemic. 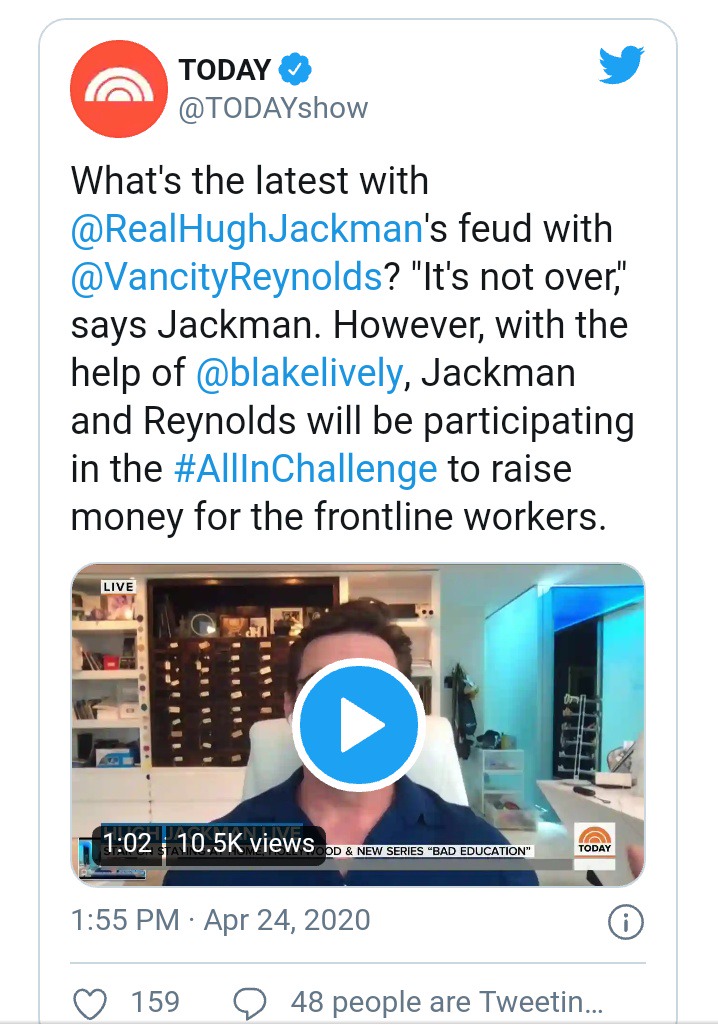 However, in an interview on NBC's Today show, Hugh said the ceasefire was only temporary. And that his wife and Ryan's wife Blake Lively were brokering their coming together for the charity acts but immediately used the opportunity to get at Ryan by saying himself and his wife have been reaching out to Ryan's wife cause they couldn't imagine being stuck in the house with Ryan. "It must be brutal for her," Hugh concluded. This one is self explanatory. Hugh was in Beijing with fans and Ryan being Ryan... 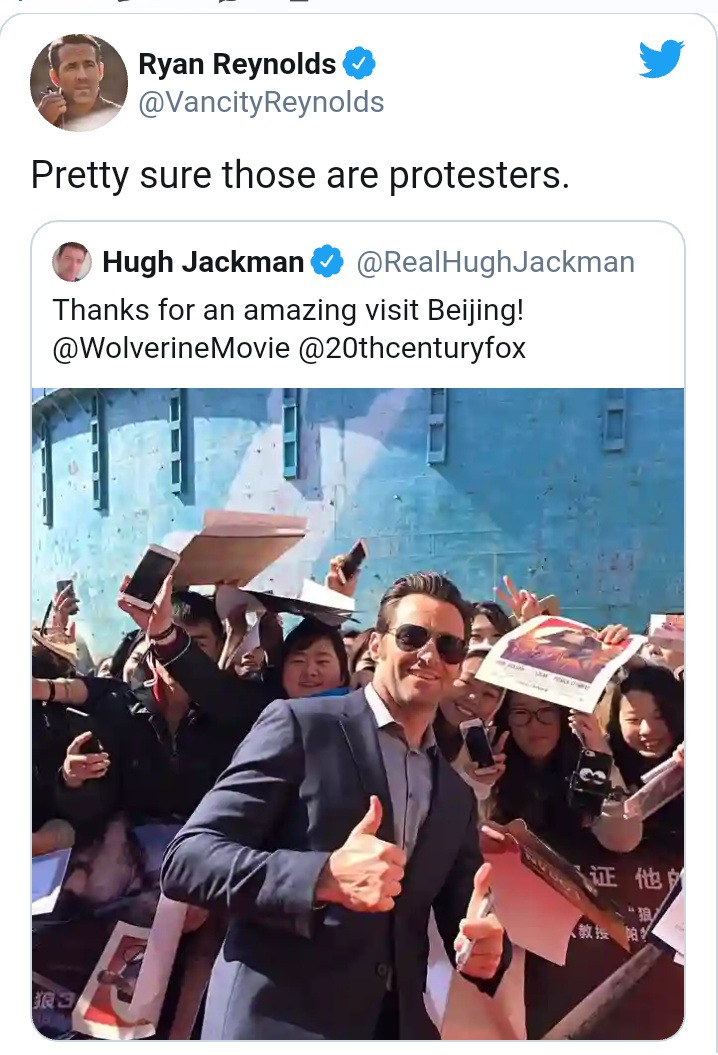 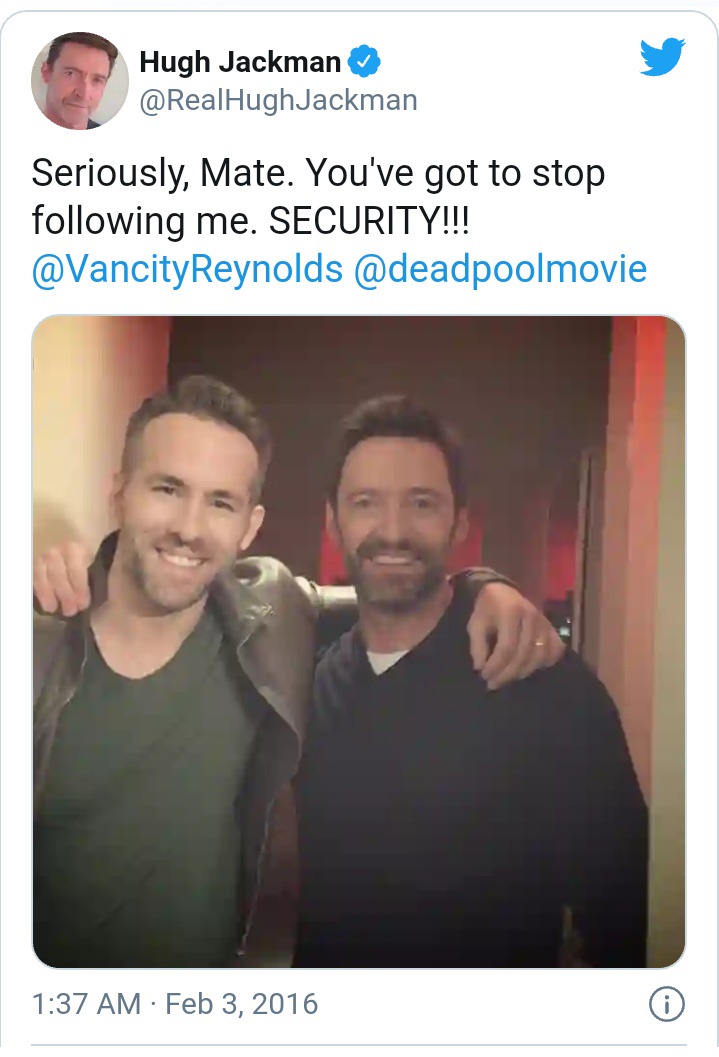 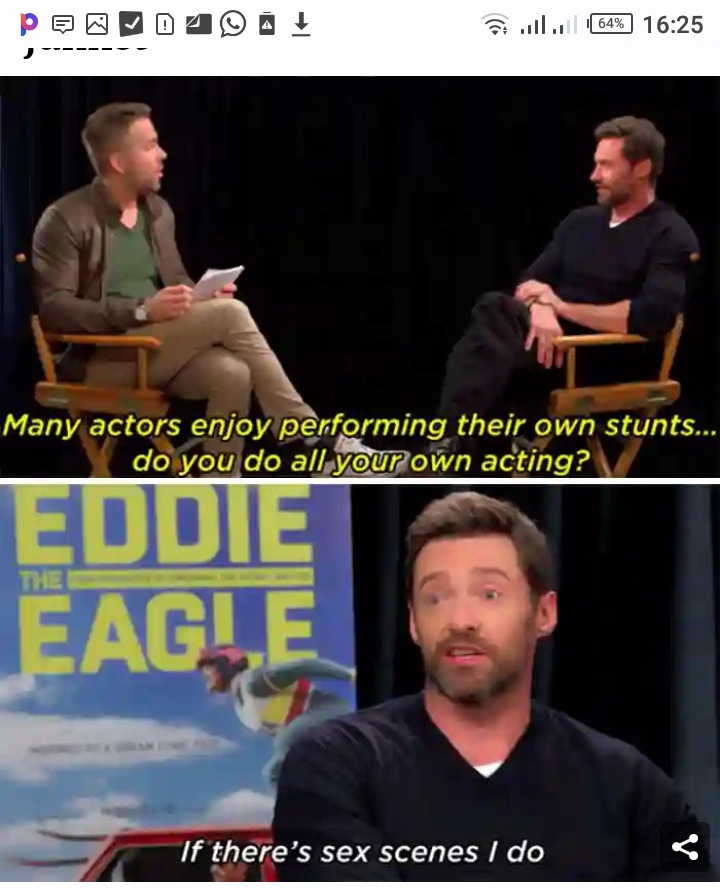 Share your top 3 pics at the comments section below. Whether discussed here or not.