By Crystalbella (self meida writer) | 2 months 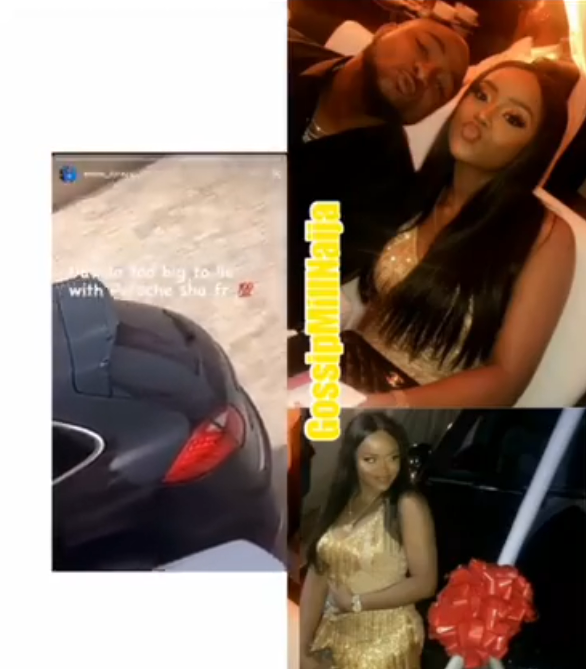 Kemi Olunloyo has been put shame by Chioma's neighbor who sent a video evidence of the Porsche Davido bought for Chioma. Kemi has gone viral making false accusations that Davido's assurance Porsche gift was fake. She took it to media to say he never gave Chioma a gift. That the fake birthday gift was to launch the track "Assurance" as a publicity boost. 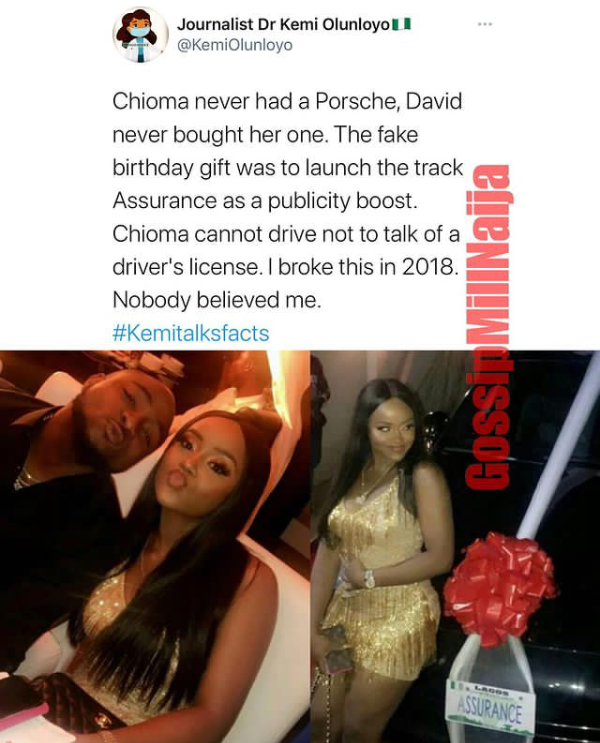 Also she went ahead to say that Chioma can't drive not to talk of owning a Porsche. This caught the attention of people. People like Chioma's neighbor whose name wasn't mentioned. She had to prove the lady wrong by posting the video of Chioma driving the car in her compound.

Kemi seems to be Chioma alot that's why she keep making stuff about Chioma.

"You don't expect everybody to live their life on social media. Chioma is not a type to brag. So whether she drives the car or not is nobody's business". This where the words of a fan .

Content created and supplied by: Crystalbella (via Opera News )

Check Out The Photo Mercy Eke Shared That Got Ankara Gucci, Annie & Other Fans Talking On Instagram

Check Out Some Of The Most Beautiful Cars In The World

The 5 Most Common Causes Of Lower Back Pain

UEFA Euro 2020: Austria Join The Netherlands In Round of 16

3 instances where you can wear sneakers on a cultural attire

[Opinion]: Kano, 3 other states PDP must win to reclaim the Presidency in 2023