RIP: Not Again! A Nollywood Actress Just Lost Her Mum, See Who It Is

By NigeriaCinemas (self media writer) | 1 year ago

Not again! A Nollywood actress just lost her mum. 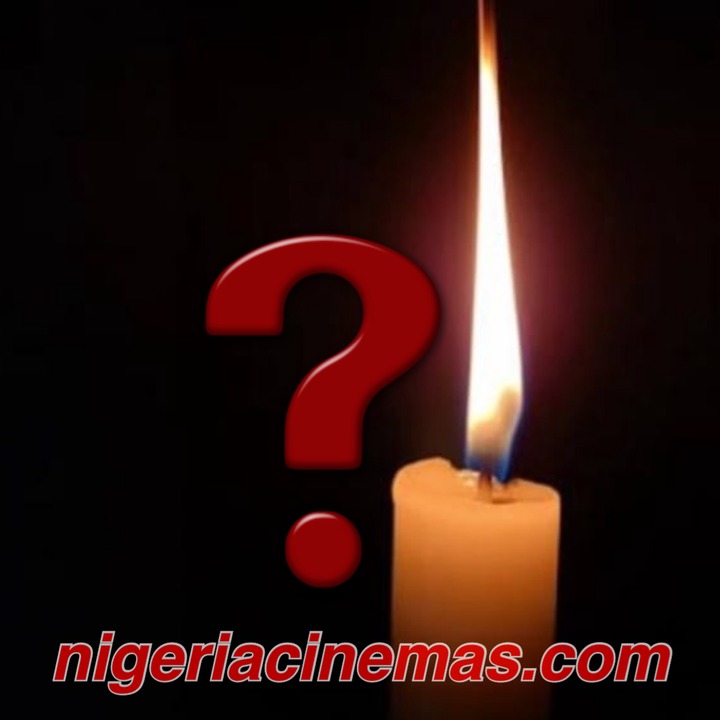 The Nollywood actress Recheal Okonkwo reportedly just her mother at the early hours of today. The actress who is a single mum lost her father when she was 13 years old, and her mother had to take care of her and her two brothers as a single parent. When she was a little child, she had to do menial jobs like selling groundnut in order to support her mother.

She used to be a child actress but due to to lack of movie roles, she switched to dancing for gospel musicians, before she joined Nollywood in 2007 and later became famous. Recheal Okonkwo is a known philanthropist, in her own way of giving back to the society, she hosts an annual carnival for kids. Her aim is to provide gifts and entertainment to the people and also interacts with her fans.

She hosted her first edition of the children Easter carnival in 2015, during the Easter celebration in Enugu. Recheal Okonkwo who is also an award winning actress has starred in so many movies like: Small Chops, The Ghost And The Tout, Left Over, Nkoli Nwa Nsukka, Royal War, Open and Close, Tears of Betrayal, The god's Anger and many more. 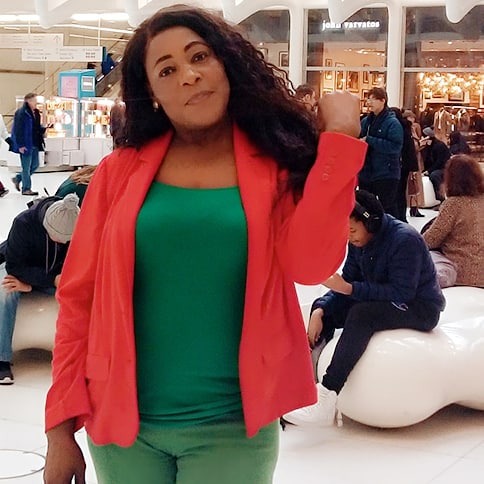 At the early hours of today, precisely 13 hours ago, her very good friend who is like a mother to her and also a Veteran Nollywood actress Joy Helens, took to her instagram page to announce the demise of Recheal Okonkwo's mother, who's name is Edith Okonkwo.

She posted a picture of a candle with the caption: " My heart is broken" and tears emojis. 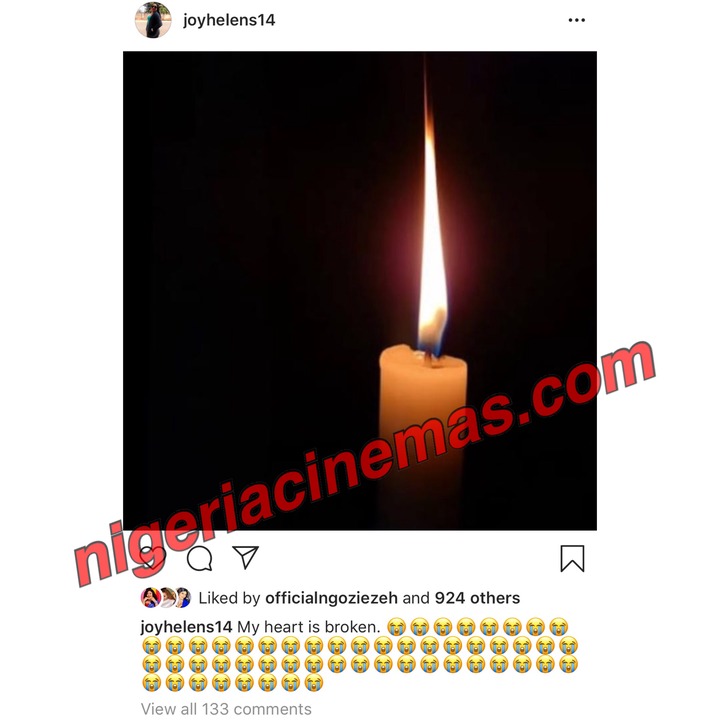 Just two hours ago, she posted again to clarify us on her previous post. This time, she posted a picture of Recheal Okonkwo and her mother Edith Okonkwo's picture with the caption:

" Life, Life, Life, RIP Nwayioma, Your daughter cares for you, she makes sure you are happy always. You told me that in your next life that Recheal Okonkwo will still be your daughter.

You are full of life, always calling me mama mama, chai chai chai, we can't fight God. May your peaceful soul rest in peace my sister Madam Edith Okonkwo". 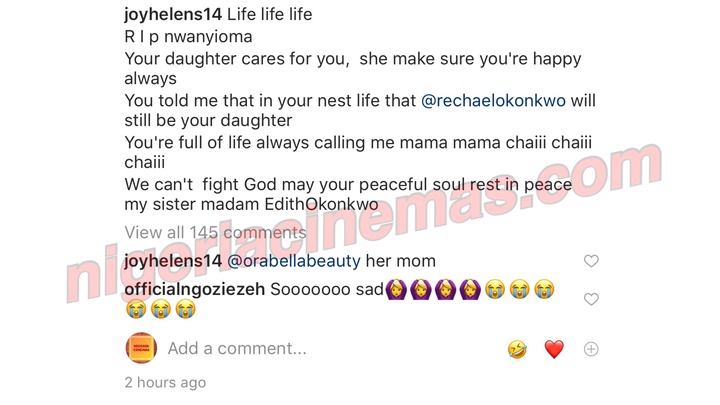 Other Nollywood actors like Ngozi Eze, Ruby Ojiakor, e.t.c also reacted to this and commented, paying condolences to the bereaved.

I guess Recheal Okonkwo will be broken at this time as she just lost her precious mother and also her good friend. 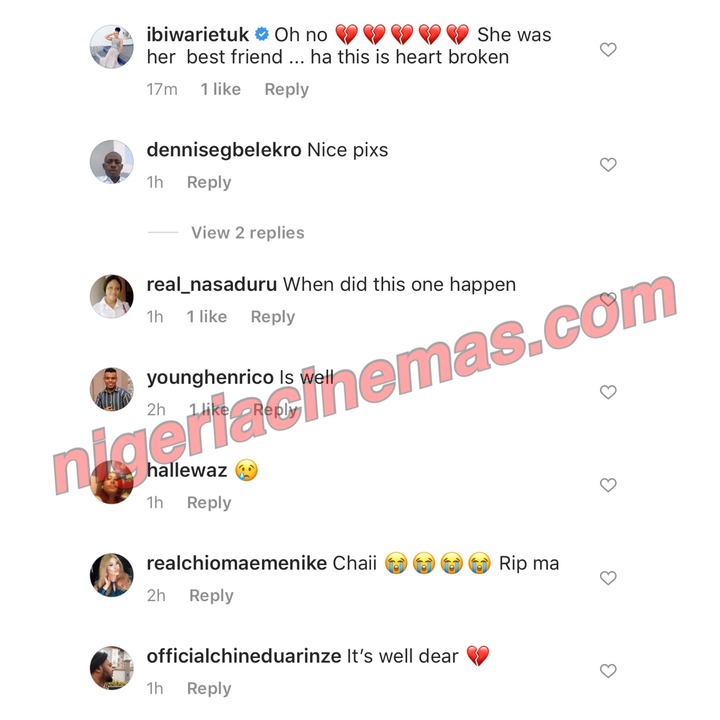 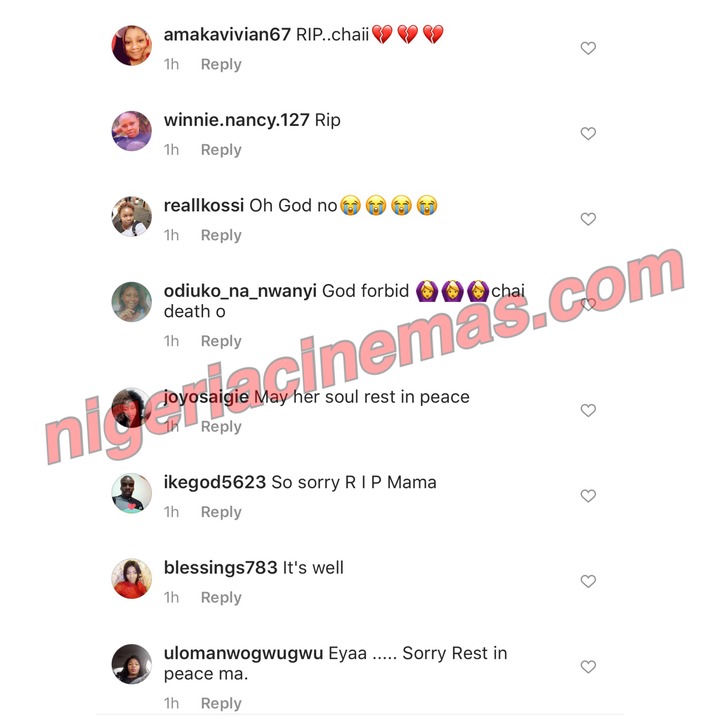 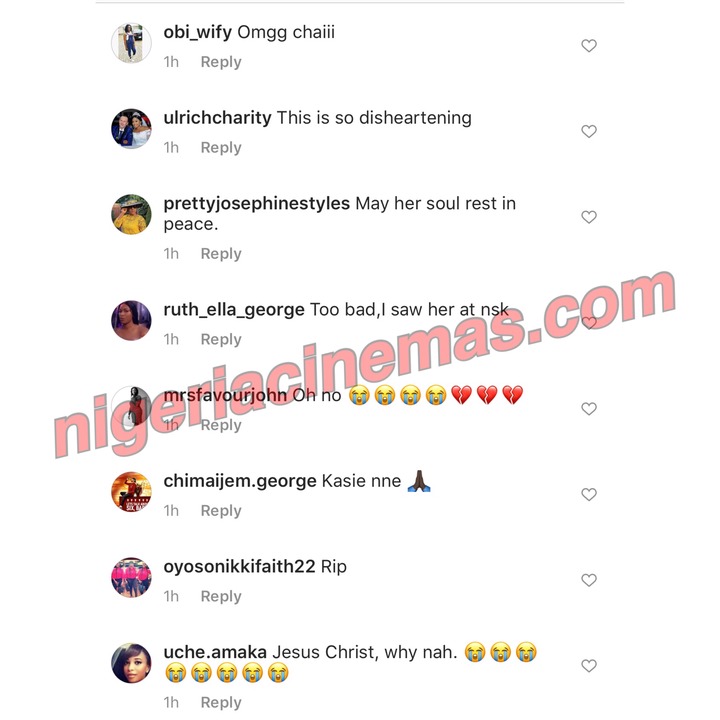 May her soul Rest In Peace.