By SportsBlitz.ng (self media writer) | 2 years ago

Popular Yoruba Actress, Liz Anjorin is in the news right now for the wrong reasons. The actress' new husband has been accused of abandoning his wife and his children.

According to his accusers, he reportedly left them to marry the beautiful actress.

It was also reported that Lateef Adegoyega Lawal welcomed a baby with one of the wives just three months ago.

He was called out on social media for his "wrongdoings".

Here are some of his photos with his allegedly abandoned wives: 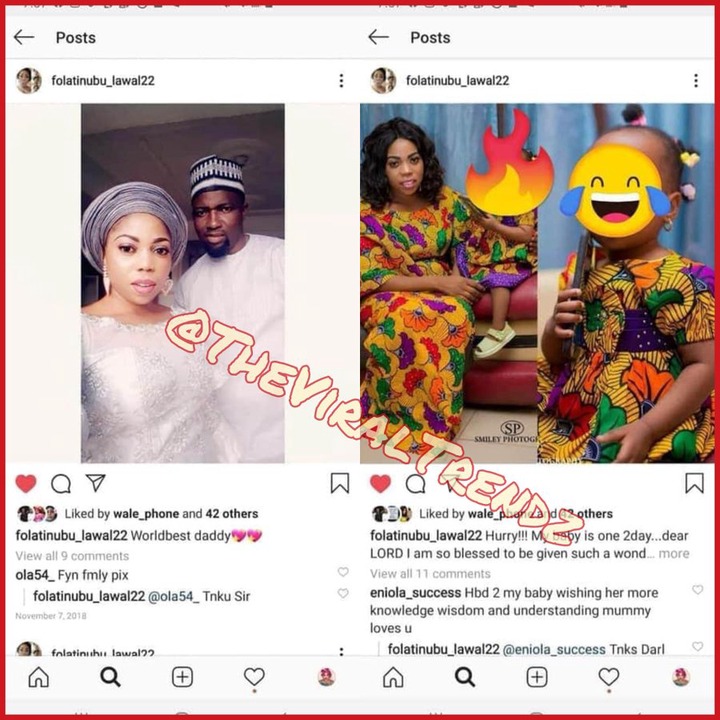 Some of the he wives names are: Kemi, Fola, Jumoke and Femi. According to Ade Williams, he posted on his Facebook page that Lateef is legally married to the women with who he has children. She added that one of his wives gave birth 3 months ago before he moved out to marry the actress. Sharing the information, she wrote a lengthy caption blaming Lizzy for snatching her sister’s husband.

According to some of the accusers, they accused Liz Anjorin of snatching Lateef from his wives. They claimed marrying Liz forced him to abandon the others.

Announcing the marriage just few days ago, Liz claimed he and Lateef have been together for 14 years.

She wrote "14yrs with no flaws. Saying YES is like paying back 1% of your 1001 good deed to me and my late mother. My father, My brother, My comforter, My gist partner, My paddy, My alabaro, My husband. None of the good deed you gave me spread to 3rd party or internet till tomorrow. But I thank myself for keeping a promise,".

The duo have not come out to speak on the issue yet but we expect them to address it in the coming days.