By newscontent (self meida writer) | 9 months

Investigative journalist Kemi Olunloyo, is not on speaking terms with Linder Ikeji, for making her lose a 30M deal with etisalat. In a series of tweets, she vent her anger on Linder ikeji. According to her, she said Linder ikeji stole one of her pics where she was holding a gun, created a fake story, and blogged lies about her, which made her lose her reputation. In the process, lost the deal.

According to her, she was only helping the Toronto Police display seize guns because they supported her works.

In her tweet she said "Toronto Police Supported my work and I was a volunteer displaying seized guns at the police dinner."

"Ikeji stole a picture of me holding an M16 rifle" "Linda took that gun picture and created a fake story". 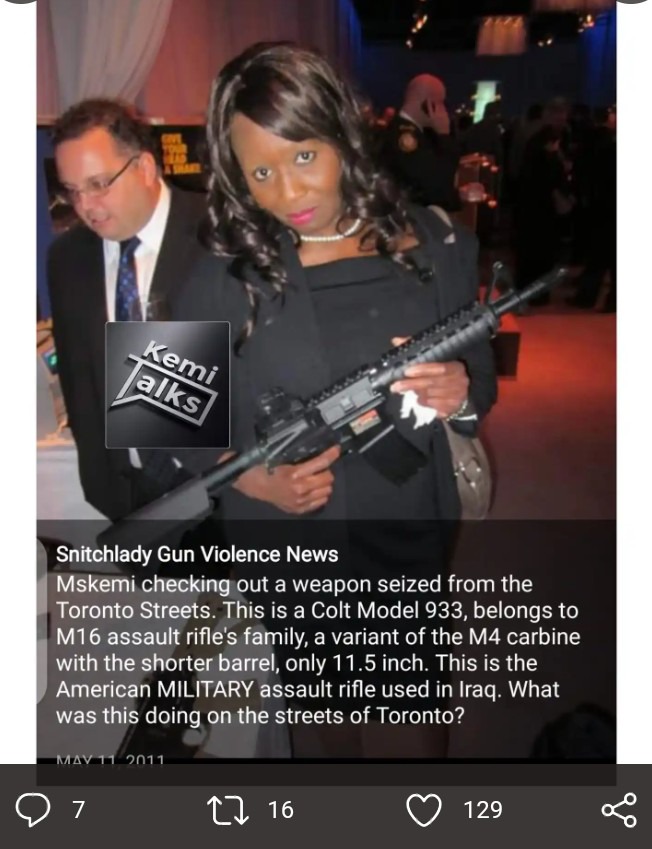 Apparently, this led to her home almost raided in Ibadan by the Nigerian Police, and made her lose Etisalat endorsement deal of N30M. Content created and supplied by: newscontent (via Opera News )

Nigerian Comedian, Mr Macaroni Reveals What Happened To Him When He Was At Adeniji Police Station