Juice Wrld's first posthumous album, ''Legends Never Die'', proves the fact that even though he is no longer with us, he still has a great impact on us all. As the late ''Lucid Dreams'' singer who frequently brought out hits after hits, his first posthumous release, ''Legends Never Die'' is officially the strongest first-week sales of any artist this year, accumulating over 500,000 copies to start.

According to Chart Data, the record is set to make its debut at #1 on the BillBoard 200. It passed the Weeknd's ''After Hours'', Lil Uzi Vert's Eternal Atake. All in total, ''Legends Never Die'' had 508,000 sold at the first week of its release.

Coupled with having the highest selling debut of the year, the album is also apparently in the Top 5 as far as first weeks in the era of streaming go.

Juice is making history once again proving he is in fact and will always be legendary. His team has announced that a deluxe edition is stirring, as well, as future posthumous releases from Juice Wrld. 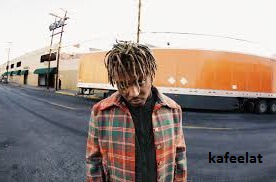