Singer Who Got Married At Age 19, Reveals How She Got Divorced After A Game Of Scrabble.

By ProwriterNG (self media writer) | 1 year ago An American voice cover actress, comedian and singer-songwriter Grey Delisle sometimes credited as Grey Griffin has taken to her twitter handle to reveal how her marriage ended during a game of scrabble with the husband.

In the post, Griffin who has lent her voice to countless iconic Characters and is best known for voicing Daphne Blake in over 50 television shows, movies and video games including Scooby-doo! Mystery incorporated stated that; she got married at age 19 and things ended when she and the husband were playing scrabble, the husband asked if she was cheating and she immediately broke down crying and tearfully confessed everything because she didn't realise he was talking about the game. 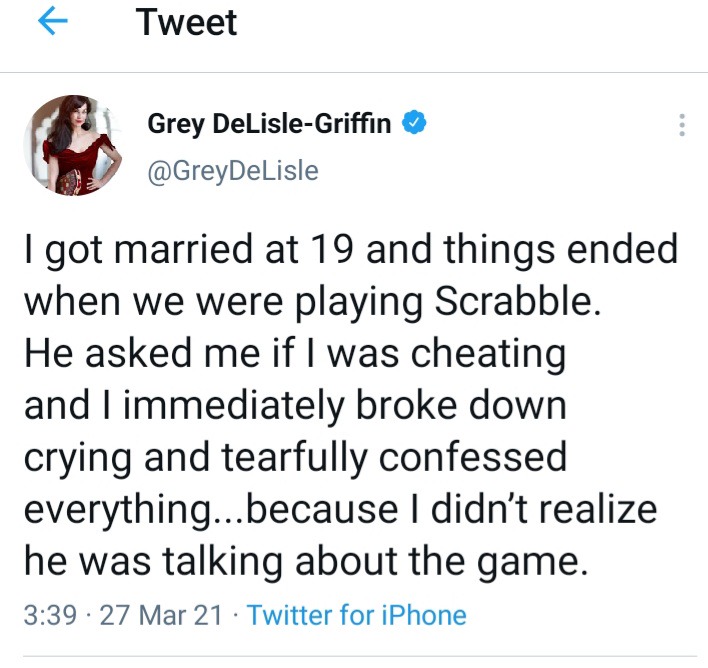 She has 3 children in all

Content created and supplied by: ProwriterNG (via Opera News )