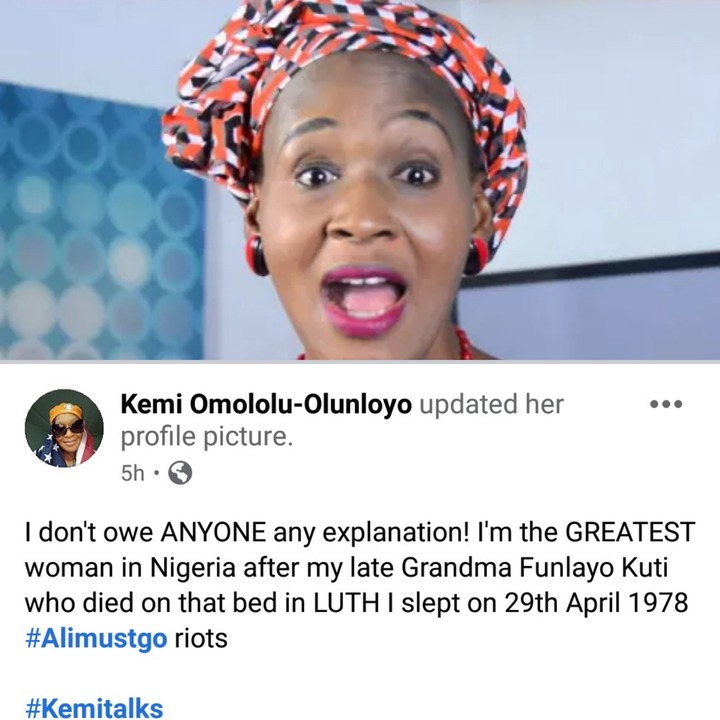 The renowned Nigerian investigative journalist, controversial blogger, female activist, and social media celebrity, Dr. Kemi Olunloyo (Pharm.D) who is known for influencing outcry in the society with her investigative journalism has made a questionable claim that she is the greatest Nigerian woman after her grandmother, late Funmilayo Kuti, the Nigerian educator and activist who fearlessly campaigned for women’s rights and the liberation of Africa from colonial rule and gave up the ghost in Lagos University Teaching Hospital (LUTH).

Dr. Kemi made the claim through her official Facebook page which gathered many reactions from her following followers. She also said she did not owe anyone any justification for the claim (with an emphasis on "anyone").

Whereas, in the claim, she has indirectly justified her statement by saying she slept on the bed which one of the Nigerian influential women who was also her grandmother, Funlayo Kuti lost her life on April 29, 1978 during the Ali-must-go riots. According to Dr. Kemi she said, "I don't owe ANYONE an explanation! I'm the GREATEST woman in Nigeria after my late Grandma Funlayo Kuti who died on that bed in LUTH I slept on 29th April 1978 #Alimustgo riots

Following the declaration, her followers appeared with various reactions. You can see them in the screenshots below; 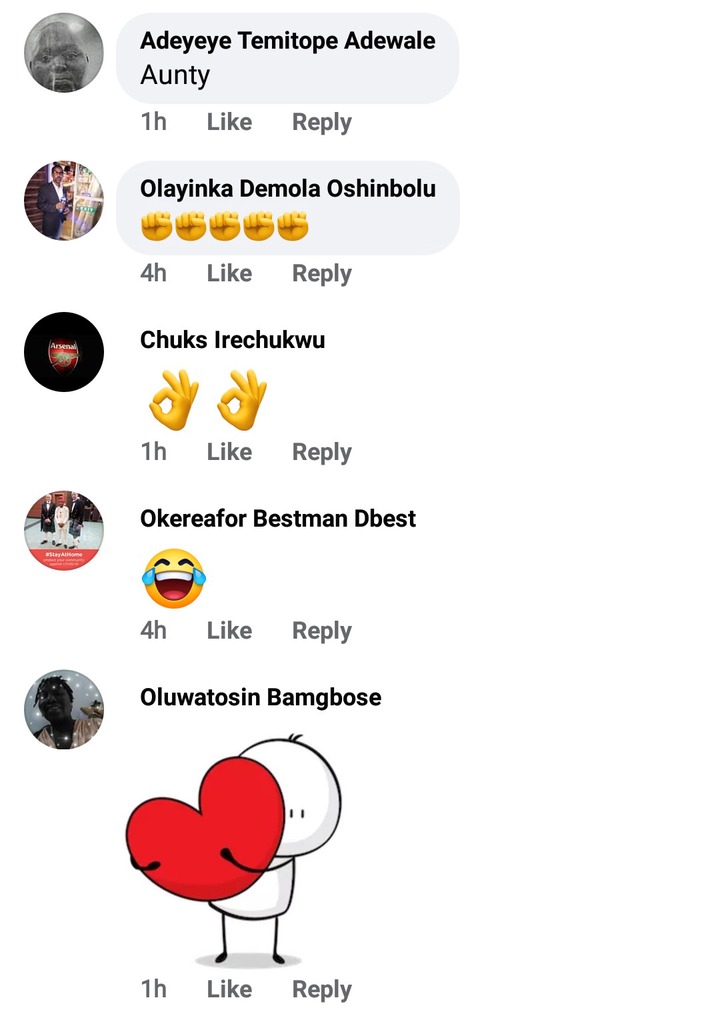 • Does she think that napping on the bed where an influential person dies on makes one influential as well?

• Or, she thinks that her popularity, true prophecy, and thorough investigation in journalism can only make her the greatest woman in Nigeria today?

• Is her claim true or not?

• Who can we compare with her among the influential women of nowadays in Nigeria?

Kindly leave your opinions and answers in the comments section below.