This Protester Tweeted "Nigeria Will Not End Me Few Hours Ago", He Later Died During The Protest 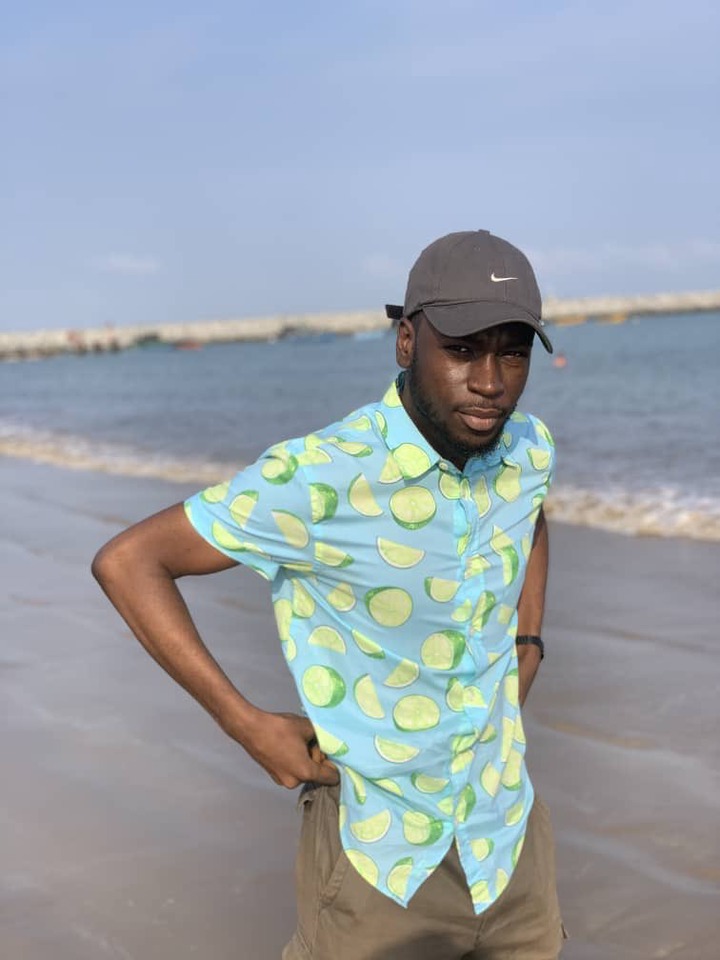 A picture of the deceased person, Oke.

A young Nigerian man whose name is simply known as Oke took to his tweeter account on September 21, 2020, and tweeted that Nigeria will not end him. Few hours after posting the tweet online, Oke was shot dead during the ongoing protest. The deceased was an upcoming designer. Oke was also one of the best student at Bosworth College International. He was the head boy at the institution.

Before Ike's death, he took to his social media account and posted that Nigeria will not end his life. Oke never knew that he will be a victim of the ongoing protest. According to reports, Oke and his brother were shot during the Lagos protest. Unfortunately for One, he died in the spot, and his brother was badly injured as well. One of Oke's friend identified as Wuraola took to her twitter account to mourn the painful death of One. According to Wuraola, Oke was the head boy at Bosworth College International and she was the head girl. Wuraola also disclosed that One was one of the brightest minds in the school.

Another close friend of the deceased, Halli, also disclosed that One was a very bright young man. He was an upcoming designer who was also eager to learn new things. Oke is one of the young youths who have lost their lives during this protest. There are reports that his dead body hasn't been seen since the day he was shot dead. Pictures and videos of the deceased which have long circulated online is a clear indication of his death.

Popular Nigerian music star, Davido, took to his social media account and mourned the deceased. Davido also stated that his death will not be in vein.

Below are some screenshots of the tweets from some of Oke's friends who took to social media to mourn him: 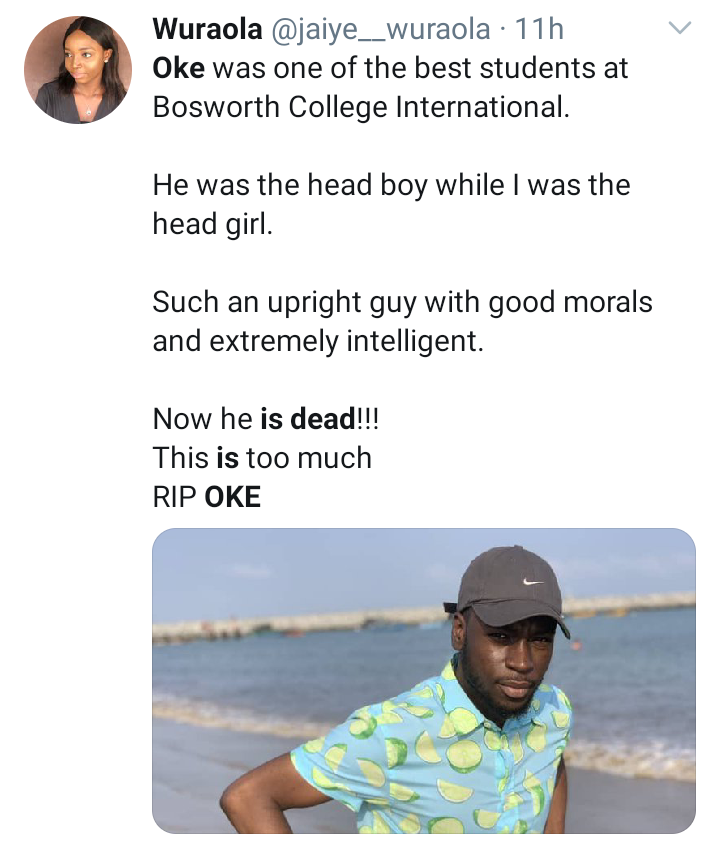 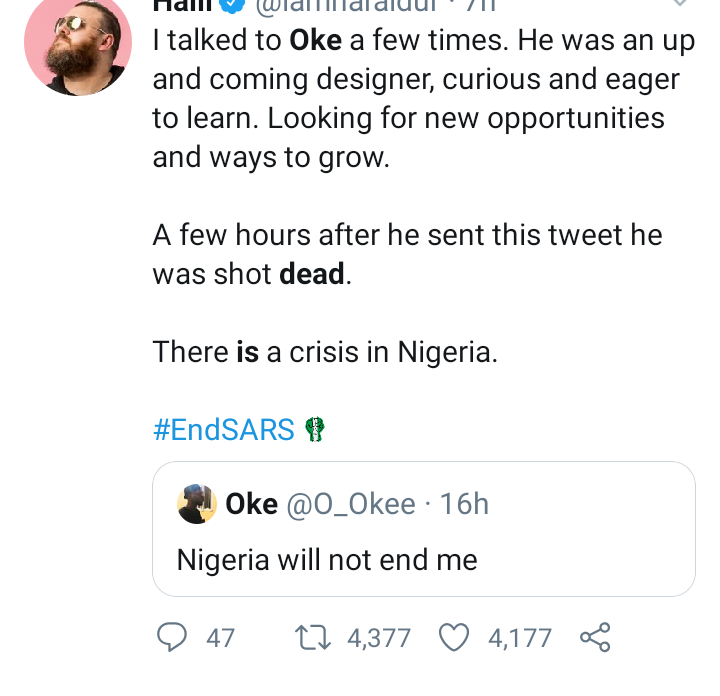