Are Nigerian Celebrities Really Worth The Hype?

HELLO my beautiful people. It really feels good to be back. This time, I am back, bigger (literally, cos I've added weight) and better.

So, it's been a crazy couple of weeks in every part of the world and wherever you are in the world, I hope we all defeat this common enemy and go back to our lives! Please stay at home and obey all health guidelines!

Let's get down to business!

What we will be discussing today is as a result of some things that have happened over the past week. In the past week, we saw a celebrity arraigned in court for breaking a stay at home order by the government and we've seen different celebs talk bad. So, what we will be talking about today is simple

THE NIGERIAN CELEBRITY AND ACCOUNABILITY. 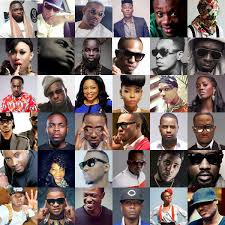 (It may be a long read but please stay with me)

It has been a common thing for a Nigerian celebrity to act a certain way that doesn't go down well with the Nigerian people and instead of owning it and apologizing, they only come out to give excuses and why they did what they did. It's not once we've seen that and neither is it twice. But stay with me. Most Nigerians don't even know what accountability is, we don't understand that we are supposed to hold people in positions of powers accountable for every action they take and this is partly why we are badly governed.

We feel every bad governance should be forgiven when there is a sprinkle of good.

For example a politician can be terrible for 3 years and 11 months but let them do good for one month and we feel it has written off the other times they've done terrible.

We don't understand that actions come with consequences and holding people accountable seems to us like hating on them. No! They are two very different concepts.

So, in simple language, accountability is simply understanding the fact that Actions always come with consequences and as somebody on a pedestal, every of your action is being scrutinized.

Let's move to the Nigerian celebrities. 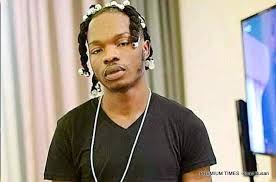 Now, Naira Marley came out on social media to call the same people that made him relevant "broke asses" and made a grand mockery of people. I do not blame him, he is a lunatic that people have given voice to.

See, it is our inability to hold people accountable in this country that gives people like Naira Marley wings so they can fly. If we had a proper cancel culture in the country, they will get to pay through a decline in their content sales. 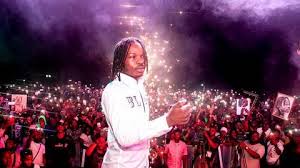 ABOVE IS AN IMAGE FROM ONE OF NAIRA MARLEY CONCERT CROWDED WITH THE SAME PEOPLE HE ABUSED. 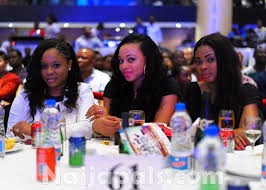 ANOTHER IMAGE FROM A CELEBS LIVE SHOW

It has gotten to the extent that the only insult a Nigerian artist knows is "Broke shaming" the populace and it's really sad because they are literally calling the people buying their content broke.

A proper cancel culture in the country will bring the celebs to their knees and at the mercy of the masses because in all honesty, that is how it should be. 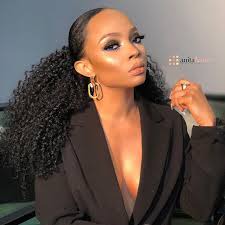 See guys, as long as we are too stupid and naive to realize that we put food on these guys' table, it will always be the same.

All these misyarn came because one of them (Funke Akindele) 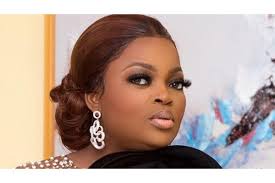 did something wrong and was correctly dragged by people, she was being held accountable for her irresponsible actions and accountability is foreign to Nigerian celebs so they feel it is just hate on them.

They were rattled. They were shook and they resorted to the best thing they know how to do which was to insult the pockets of the people feeding them.

See, if R Kelly was Nigerian, 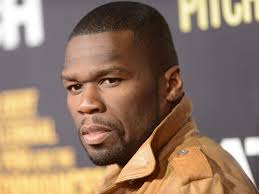 he will still be a free man because when people start talking about the things he had done, some of his "stans" will support him and say people are just hating on him.

This needs to stop. We need to understand that you can pay for your actions regardless of how highly placed you are. Money doesn't buy you out of accountability and that's something that should keep resounding in the ears of our celebs.

•Have you ever seen american artist call the people broke?

•Have you ever seen an American artist take irresponsible actions and not made to pay with lose in endorsement deals?

That is how it should be.

If you fail to be a responsible person, you should fail to earn cash, endorsements and respect.

We need a proper cancel culture in Nigeria, we need people to understand that you can take food from any celeb's table. You can stop streaming their work, delete their songs, unfollow them, stop patronizing their content! That's how it works.

One or two scape goats and they will all learn to respect the people that feed them.

Let me end with this, it is very ironic to come from the poverty capital of the world and be calling the people that feed you broke. You are one of us and whether you like it or not, the dysfunction of Nigeria is enough to go round.

That's it from my desk this beautiful Saturday morning and of course, I want to hear your thoughts. I want us to discuss on the topic and I want to know what you think about it.

Have a great day and remember to stay safe.