Femi Fani-Kayode's son is just a cutie to behold. The love that bound them together is too strong. They both look inseparable and happy. Truly, FFK loves his son so much that he gives him attention. He pays attention to every of his needs, especially now that his mother is no longer with them.

FFK and Aragorn before now. 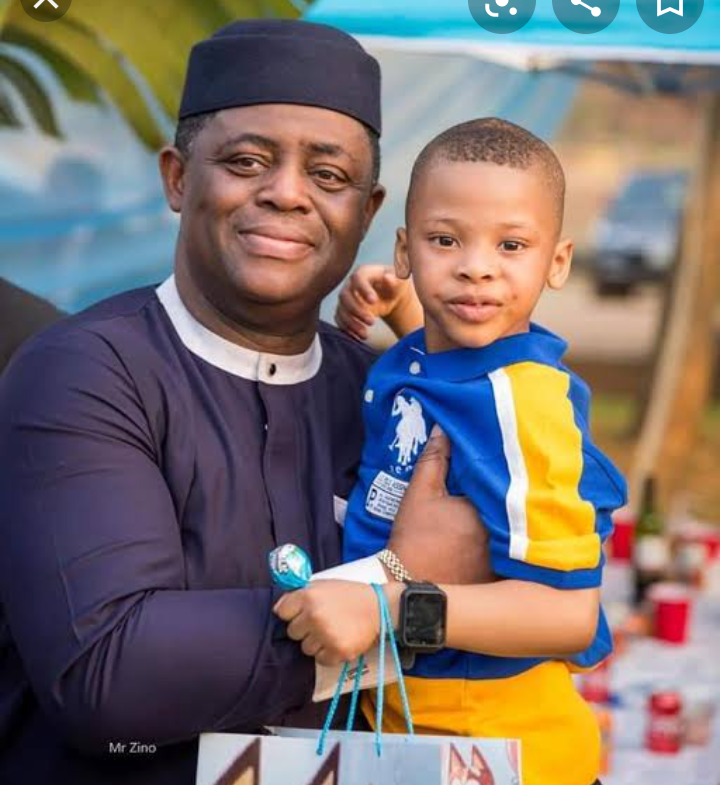 To tell you that FFK so much love his son, the other day, FFK shared pictures of him and his son together, sitting in his sitting room while his son who was holding a bundle of naira notes wrapped himself around his father. That was love of a father to his son and love of a son to his father. 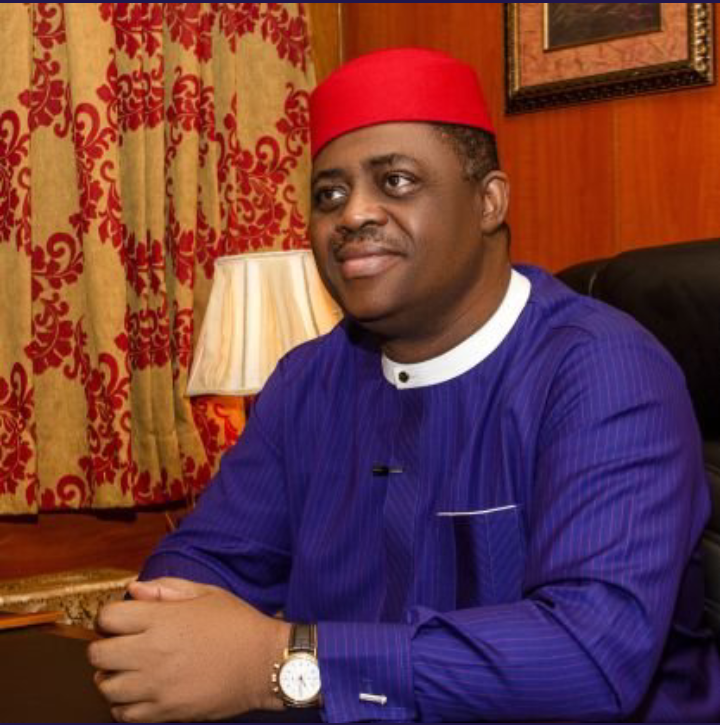 Indeed, everything FFK has been doing for his son has made him stay comfortable without his mother. The boy always appear unworried, happy, healthy and well fed even without his mother around. FFK is really good to his son.

In a video posted on twitter by FFK, FFK was trying to step out of the house without his son, but he refused him from doing so as he wrapped himself around him with a serene mentality. It seems like Femi Fani-Kayode was about to go to somewhere very important but his son refused him to step out without him. 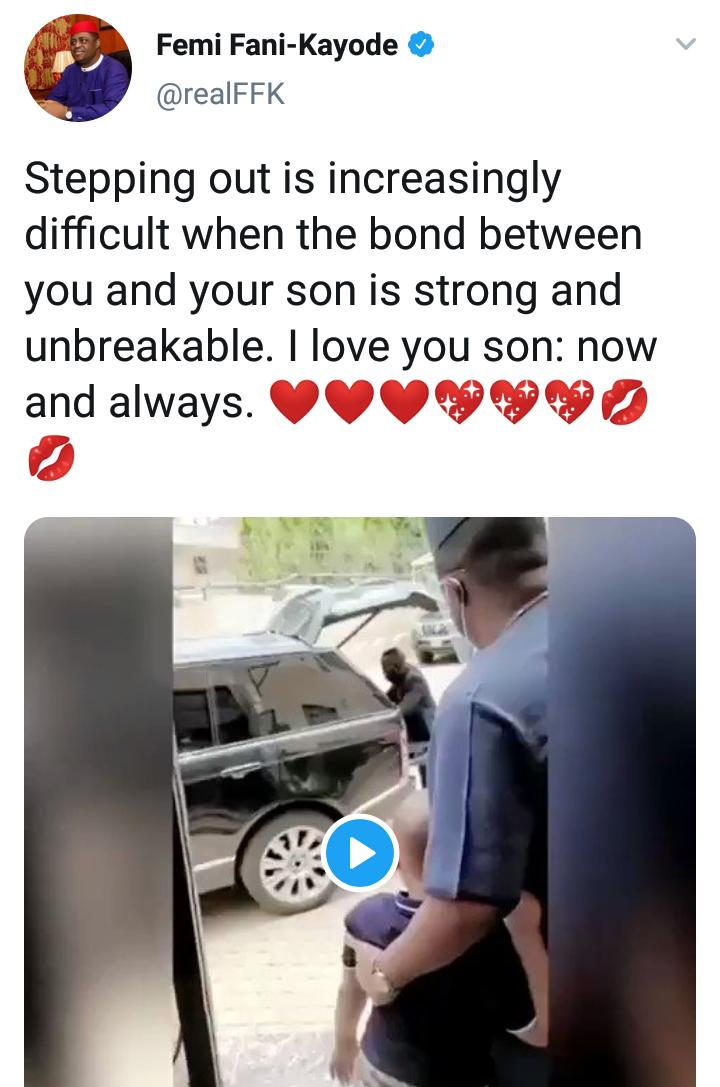 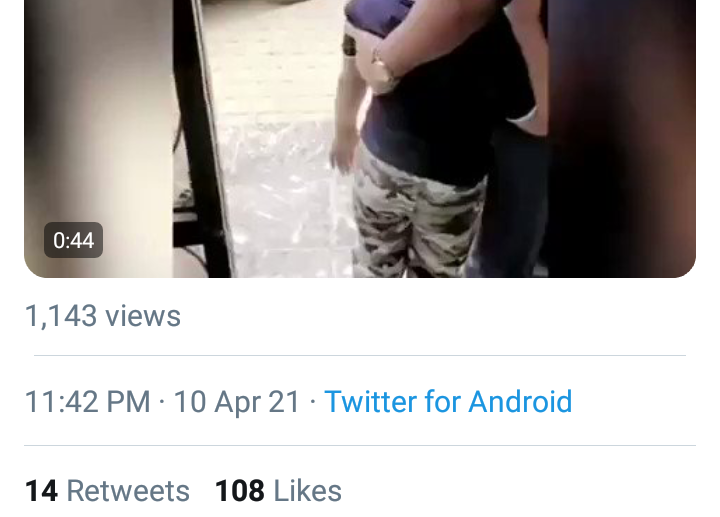 The little boy who look very emotional cries silently as his father tried to maneuver his incessant emotional stubbornness. FFK tried severally to escape from the grip of his emotional loving son but failed several times. The child really do not want him to leave the house without him so he held him firmly.

FFK being a loving father who do not want to hurt his son or his feeling wasn't aggravated by his loving son's incessant hesitation on his movement, instead, he understood his son's feelings and the mood he was in at that moment. He showed him love by petting him like a good father should. He petted him severely amidst sweet words to calm him down but it didn't work. 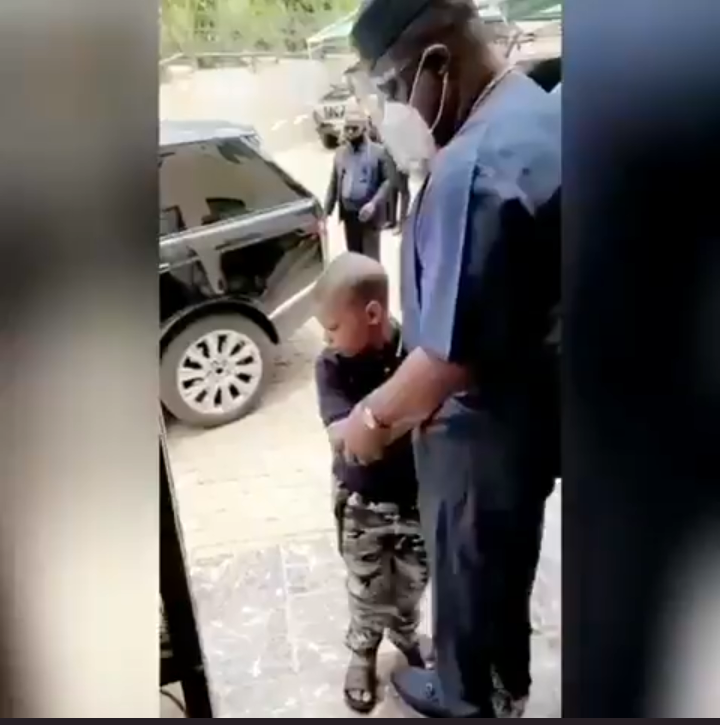 He tried to tell his son that he is grown up already that he has to be a man now to boost his esteem, but the child was not moved by any of those words, rather, he insisted on he wants which may be that he does not want his father to leave the house, or that he wants to step out of the house with his father but his father does not want to go with him.

People around at this time tried so hard to convince little Aragorn to let his father go but all their attempts proved abortive. When FFK couldn't bear his constant silent cries, he lifted him up to his chest while caressing his tender back to make him feel better.

The video isn't long enough to show what happened next, but of the two things must happen. It is either FFK later took him with him, or he was letter convinced to let his father step out without him.

This is love and FFK deserve to be applauded for treating his son with love. 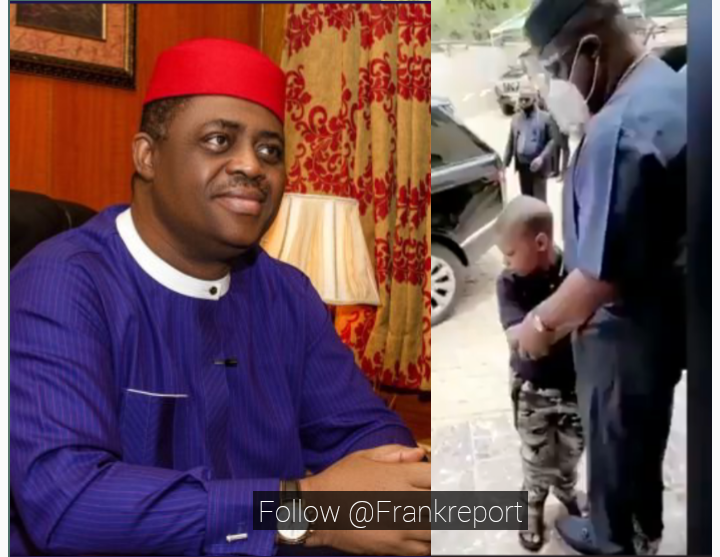 There Will Be More Military Actions In The South East Nigeria, Others- Chief of Defence Staff

FG Wanted To Build 94 Ranches For N179 Billion But Some Governors Rejected It.