By Ozyangel (self media writer) | 1 year ago

The social media has a way of impacting lives of people, especially when news of such people goes viral and is trending. This is what happened to the little school girl Success known for "Dem Go Flog Tire'. Below is the picture of her captured then 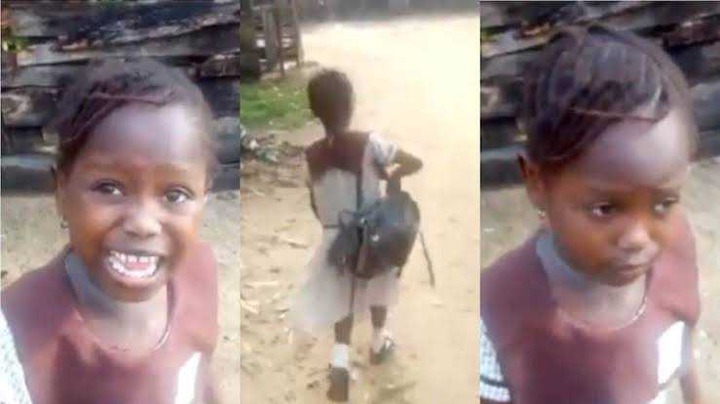 The small school girl Success Adegor who came to lime light through Internet sensation after someone took a picture of her raining insults has been exposed.

This happened after Success started trending again causing Internet sensation as a result of a viral video she posted recently. According to Success in the video, she claimed that the promises people made to her and her family were false promises, as they were not given anything after the heaven and earth people promised them.

She also claimed in the video that her father was still riding okada as he was riding before she became popular. See the screen shot of the video here 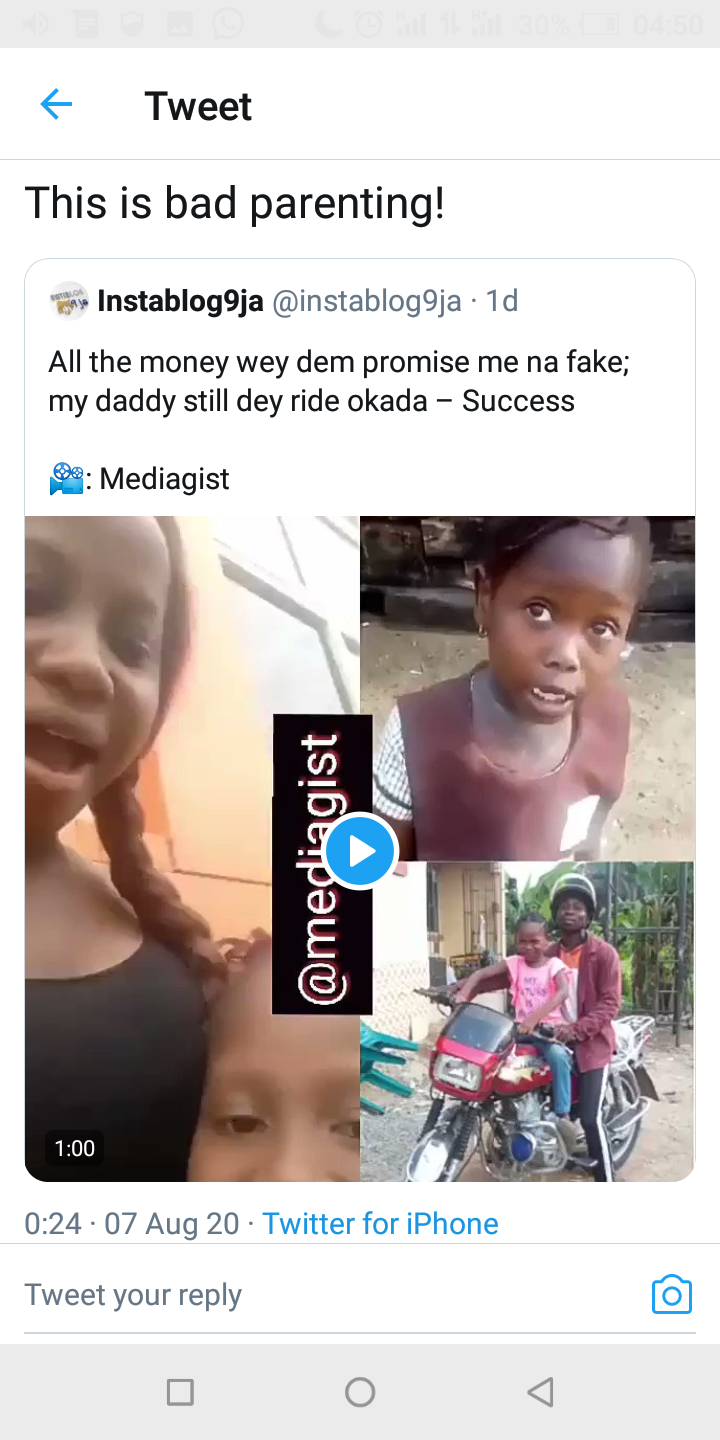 This video caused a huge sensation on the internet as people were very unhappy with the situation of Success Adegor's family as people termed those promises "audio money" not until began to debunk the news as untrue.

Some of the people who made the promises began to open up and denied the claims of Success. This brought another twist to the story as people began to lambast Success and her Family for telling lies and being ungrateful to their benefactors.

Mr. Jollof, one of Success Adegor's benefactor posted a video on his Instagram page berating Success and her parents for being on grateful, he also said how he gave Success" mother N100000 . Below is a screenshot of the video 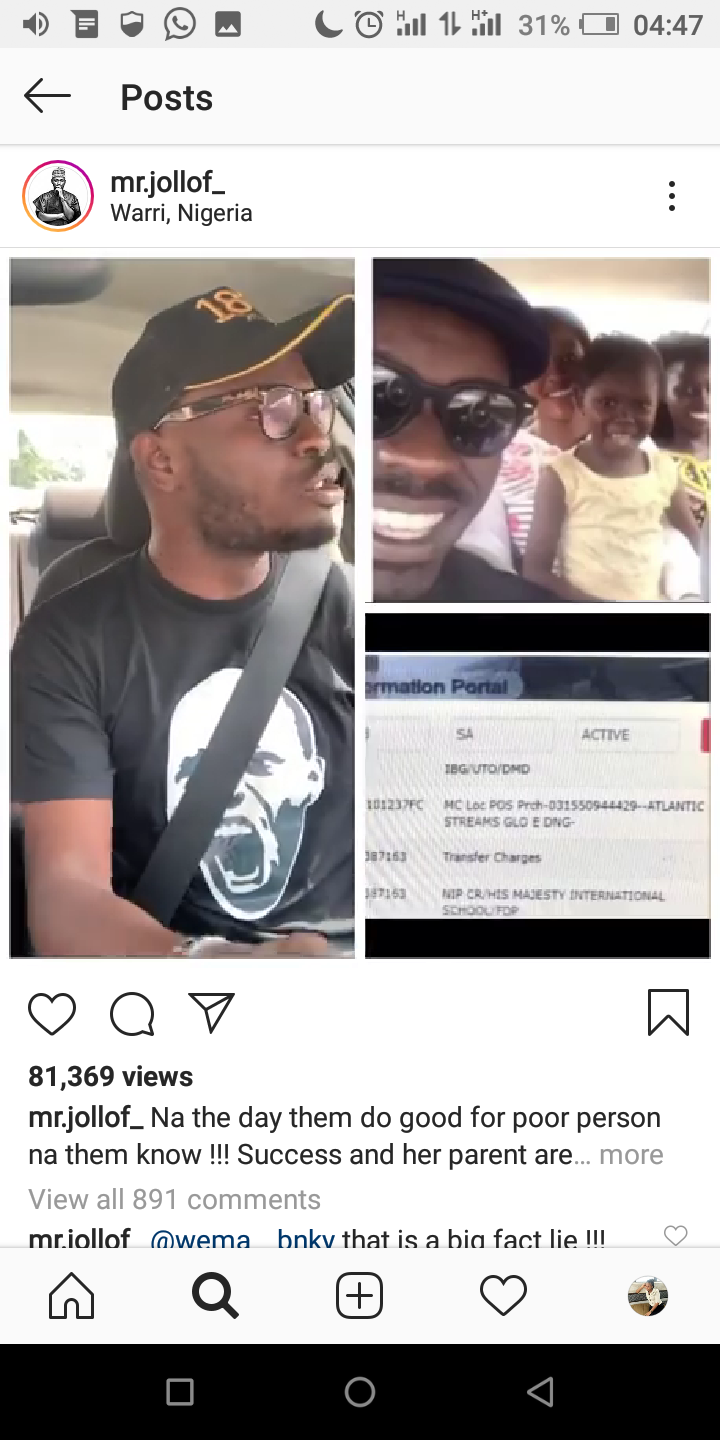 After the video of Mr. Jollof, a lady also posted on her Twitter account criticizing what Success said. The lady identified as Adetutu Balogun according to her Twitter handle, said the small Success and her family were not grateful and appreciative of the help some good Nigerian gave to them, she also tweeted on how her campaign for Success yielded over N1million.

According to her tweet, she also said that this has taught her a lesson as she will not be throwing money at poverty. Below are screenshots of her tweets. 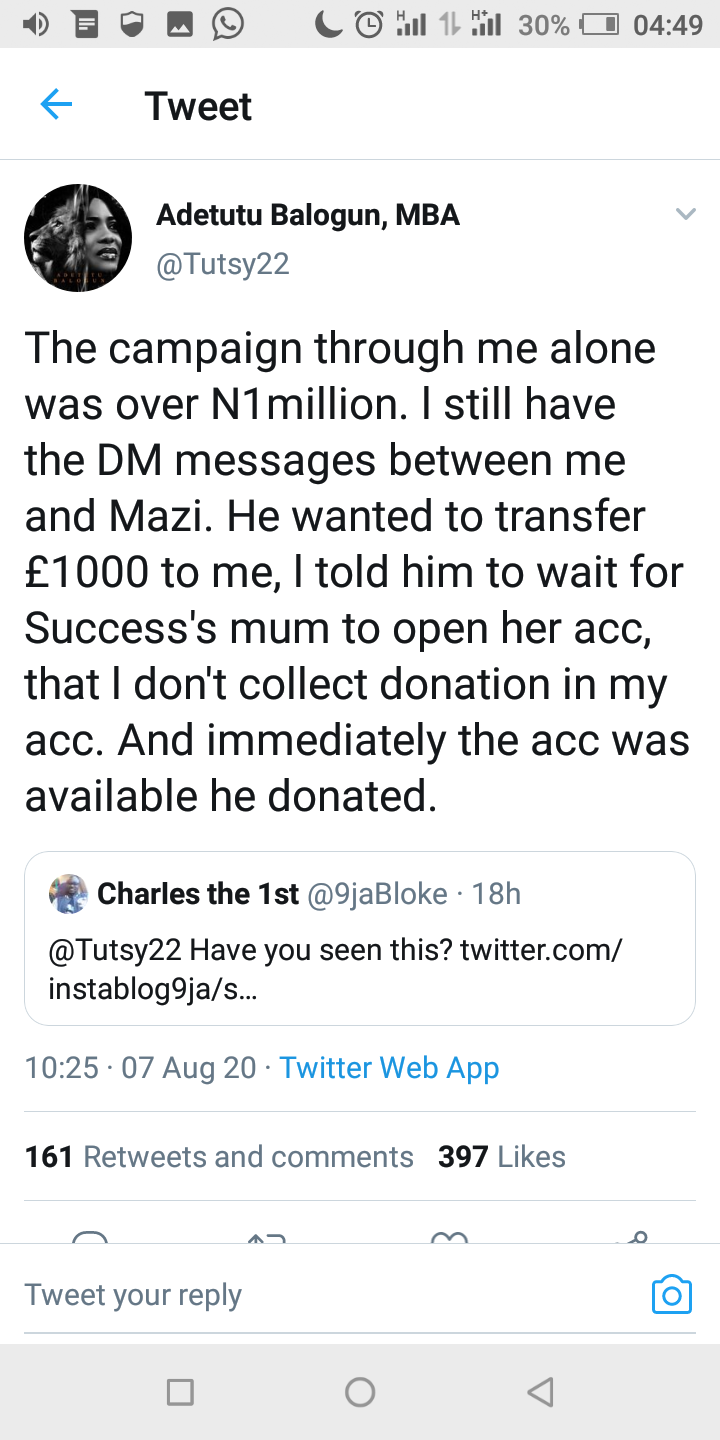 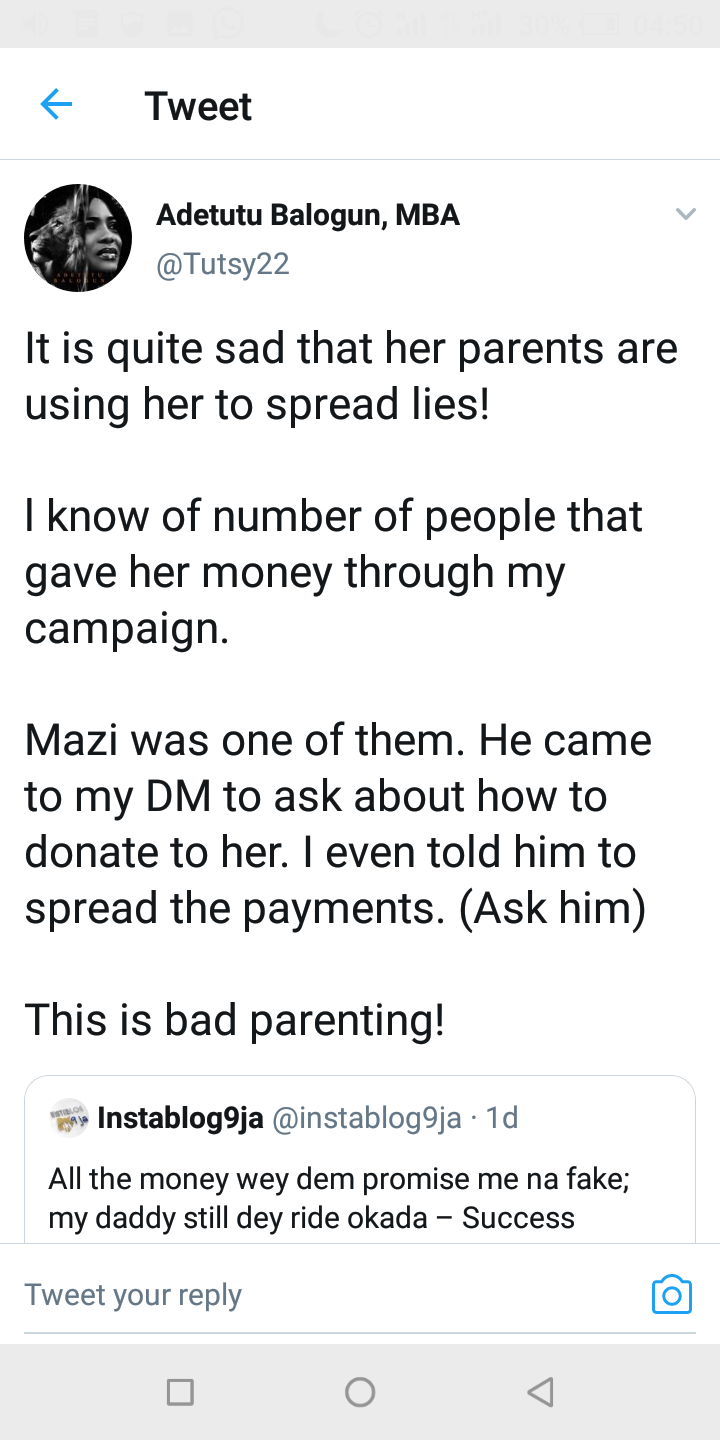 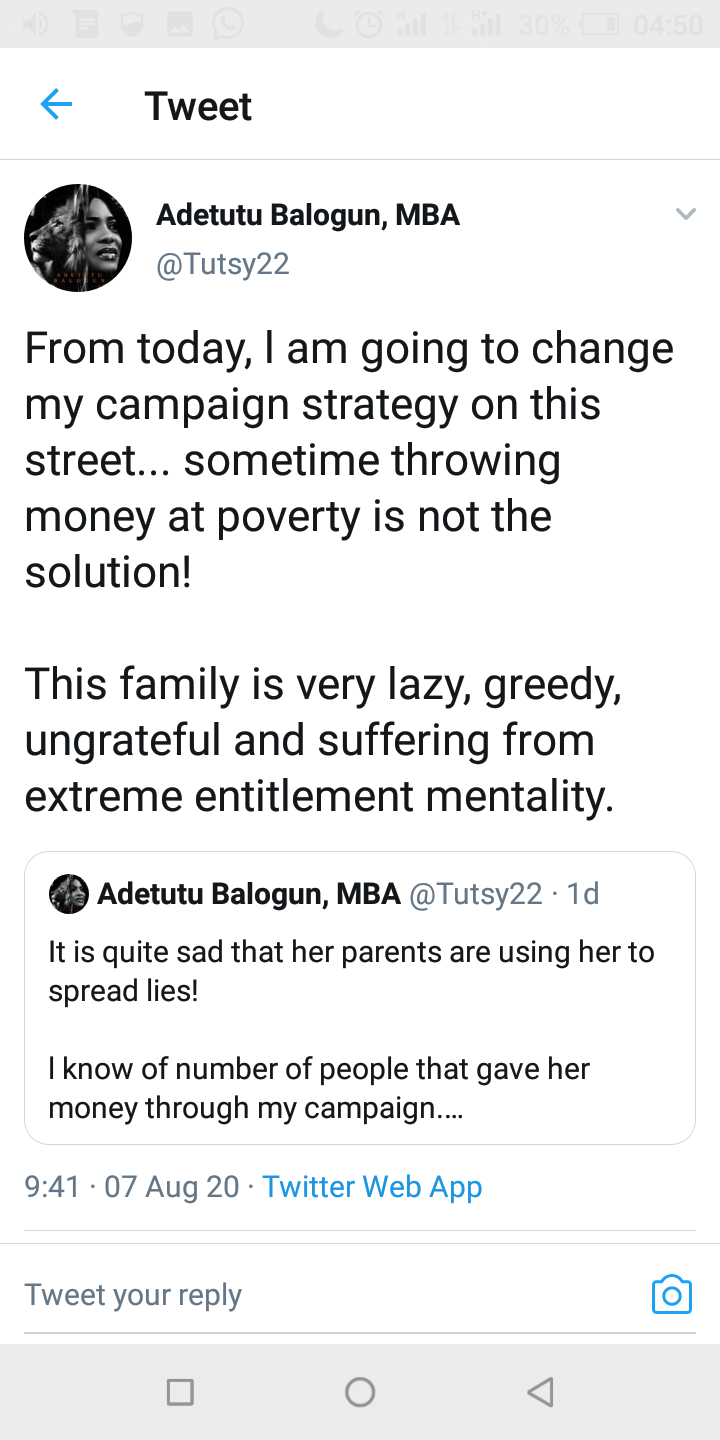 With these sensations going on the internet, pictures of when Success was captured with wads of cash resurfaced. These pictures were taken when the Asaba Int’l Airport Project Director, Mr Ayemidejor Austine visited the family of Success Adegor.. Here are some of the pictures 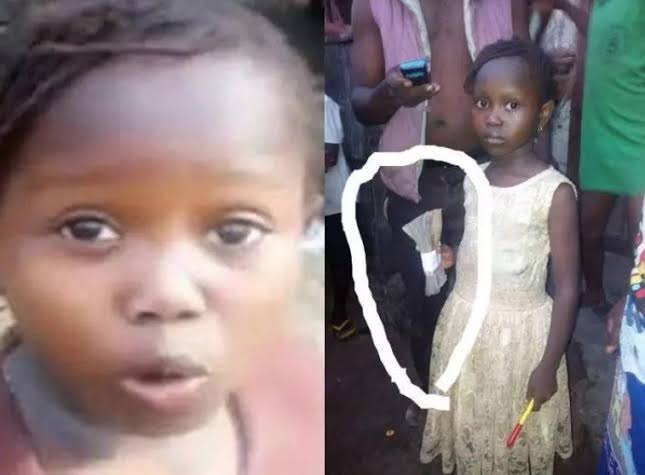 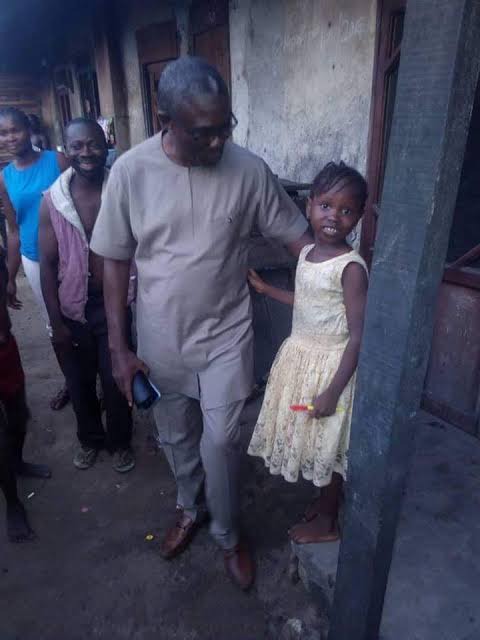 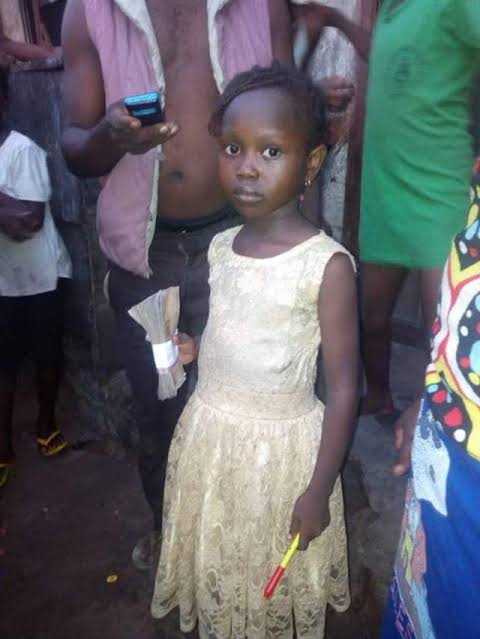 What do you think about Success and her family?

Content created and supplied by: Ozyangel (via Opera News )