By Premiumnews24 (self media writer) | 1 year ago

Afrobeat pioneer Fela Anikulapo Kuti has been awarded a posthumous honor as the "Fearless Man of Africa" for his boldness through his strident, satirical numbers that made him both a hero to Africa's poor and a renegade to governments. 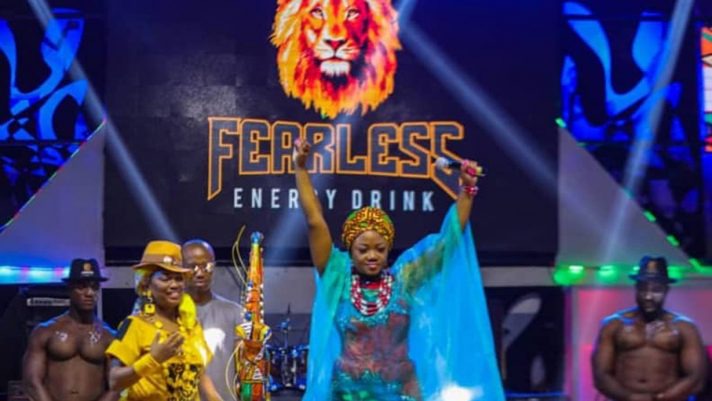 Fearless energy drink, a Rite Foods premium brand, honored the late Afrobeat monarch as a creative genius and the continent's top talent with positive energy, a premium quality brand that connects with the Fearless energy brand's value chain. It was also because of his musical prowess and the legacy he left for future generations.

The posthumous award is based on the Fearless energy drink brand's latest findings on daring people in many fields, including music, where the late Afrobeat monarch was named Africa's Most Fearless guy in ideas, performance, courage, and leadership, according to the organizers.

The Managing Director of Rite Foods, Seleem Adegunwa, was represented by the Brand Manager, Boluwatife Adedugbe, at the grand finale last Sunday, October 17 at the New Afrika Shrine in Ikeja, Lagos, and said the late Fela, also known as the Abami Eda (Weird one), deserved the honor for the impact he made in the music industry and for fighting a good cause for the people.

Yeni Kuti, daughter of the late Afrobeat maestro and founder of Felabration, was astounded and delighted by the attractive symbol that symbolized his father's greatness in his sphere of music genre and his giant stride in bringing about social change through it. She accepted the award on behalf of the Kutis and expressed her joy for the very important recognition of her father's effort.

Yeni praised the energy drink company, calling the honor "the nicest thing that has ever happened to the Felabration since its establishment." She explained that the award is noteworthy since it comes from a leading brand that has been fostering human and economic growth, particularly in Nigeria's expanding entertainment industry.

Content created and supplied by: Premiumnews24 (via Opera News )