Arin And Princess Evicted From The BBN Season 6 Reality TV Show, Check Out How The Viewers Voted

By TheAmeboGuy (self media writer) | 5 months ago

Arin and Princess have been evicted from the Big Brother Naija season 6 reality TV show. The two housemates who were nominated by most of the housemates saw themselves out of the house on Sunday.

It was however amazing that out of the 5 housemates that were put up for eviction only two were evicted. Emmanuel, Nini, and Tega were saved by the viewers while Arin and Princess were voted out.

Below is a screenshot of the viewer's vote. 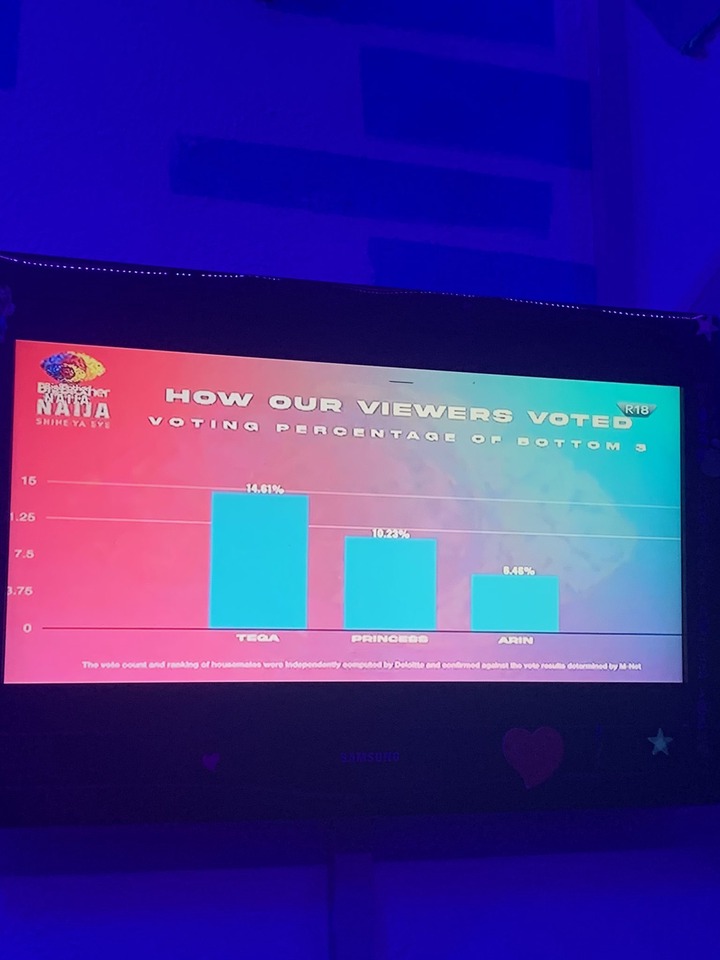 From the way the viewers voted it was evident that most of the viewers disliked the attitude of Arin, hence, the reason she was voted out by the viewers. Recall that during the first eviction nomination by the wild cards, most viewers were upset when Maria and Pere didn't nominate Arin for eviction.

Content created and supplied by: TheAmeboGuy (via Opera News )