BBN Star, Hazel Oyeze Onou, popularly known as White Money, is one of the most influential celebrities in the Nigerian entertainment industry at the moment. After winning the BBN Show, White Money seems to be the most talked about personality on social media.

Earlier today, White Money sparked reaction from his fans after dropping a new video on his official Instagram timeline. The video was taken during White Money's interview with the officials of Pepsi.

You would recall that during his time on the BBN Show, White Money was one of the Housemates who won the Pepsi Task. He was awarded with a sum of #500,000 and also a vacation trip to Dubai.

While speaking during his interview with Pepsi yesterday, White Money said Pepsi has given him the opportunity to fly out of the country for the first time in his life. In fact, the BBN Star pointed out that he had never been on a plane before going for the BBN Show.

He said, "I'm very grateful for this amazing opportunity. You are the first to fly me out on the country and it means a lot to me. Even before I went to the BBN House, I had never been on a plane. Thank you such for this great reward".

After White Money made the claim that he has never travelled out of the country, some fans believe it is false. However, I think this set of fans didn't take their time to watch the BBN Show.

During the early stages of the BBN Show, White Money told Queen that he has never been on a plane before. That statement wasn't convincing to Queen who immediately asked him the reason behind it.

In reaction to Queen's question, White Money said he became very rich in 2018 and he can actually afford to buy flight tickets. However, he decided not to because there was no reason for him to travel out of the country. 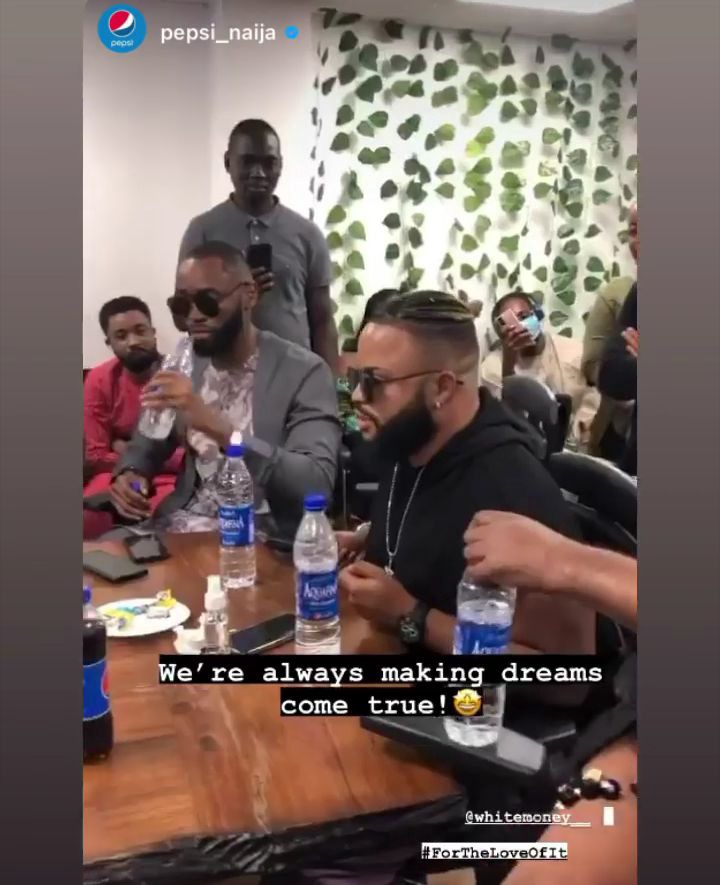