Cross says, "I want the world to know my tale." 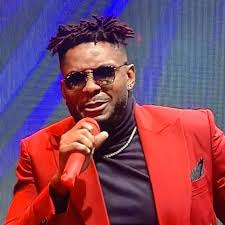 Ikechukwu Okonkwo, also known as Cross, one of the Big Brother Naija Shine Ya Eye finalists, has stated that he would like the world to hear his narrative.

Saturday Beats was listening in on his radio show when he made this statement. "I want the world to know my story and what I've been through, especially myself and my mother," Cross added. I'd like to turn it into a TV show or a series once the rest of the world knows about it." 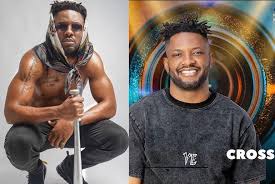 While in the house, Cross, who is also a fitness coach and entrepreneur, discussed some of his toughest opponents as well as his future aspirations.

"Naturally, I have a lot of energy," he explained. "It's not a strategy; it's just my personality, and that's my strength." First and foremost, I viewed Boma as the most formidable opponent capable of advancing to the show's final. Maria became a serious contender for me after that. Then I realized who Liquorose, Emmanuel, and White Money were. As time went on, I began to see other people as strong challengers.

‘’ I am a person who enjoys having a good time. I'd like to travel to different countries throughout the world. I'd like to devote more time to my fitness brand. I'd like to do more of that in the future, focusing on the fitness and health industry. Certain foods are off-limits to me due to health concerns. I own and operate a restaurant in Abuja with my partner. I'd like to push this even harder and establish more branches in various states and towns. 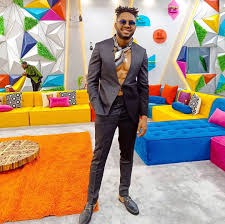 "I'd like to get involved in real estate as well." All I want to do is have a nice time. I want to have a self-contained event in every city and country. I'm not a great vocalist, but I know how to get people excited. As a result, I intend to work with someone. Before the house, I did something related to music. I'm hoping to push that one as well. I'd like to work with brands as well."

"I knew Angel had wonderful energy within the house," Cross remarked. That piqued my interest. You can be attractive and have other traits, but I am most interested in your energy and heart. Angel was misunderstood by many people. I was able to get a sense of who she was. I observed she was going through a lot at the time. Whatever position we found ourselves in at the house, I had to watch after her. I grew closer to her as a result of that procedure.

"I knew she was just catching her cruise, but one thing about her is that she is like me, but I'm not sure if she has the inclination to fall in love or to stay in love." She seemed to be the type who would get married today and then leave two days later. She may not even inform you that she wishes to depart. She'll simply leave. I believe she will be able to join such a voyage."