Meet The First Supermodel To Wear Hijab and Pose in A Burkini, Halima Aden (Photos)

The story of Halima Aden is full of inspiration, courage, and hope for those who think some things are not possible or dreams can't come through under certain circumstances. She changed her perception and be able to express herself in an environment generally believed to be hostile to the religion of Islam. 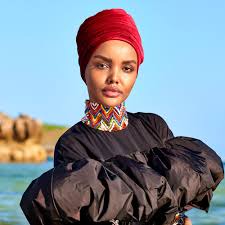 She believed that something could be done to change the indecency associated with the modeling or fashion business. Halima strongly held that one had to pay the price, go through the tongue-wagging, insults, humiliation, and media backlashes to set the stage for the incoming young Muslim ladies.

Of course, Halima had had all these negative thoughts considering the environment, her faith ethics as regards women dressing, but, surprisingly, things came out good for her, even better than she had imagined.

In the USA's modeling history, Halima became a trailblazing hijab-wearing supermodel or as the first Hijabi model to feature on the cover of Vogue magazine, a feat no Muslim lady has ever achieved in the world.

Halimah is such a lady who knew what she wanted in the business, never allowed to be subjected to pressure to change her way. This was why she used to be selective about her clothing. Because of her stance, most of her brands accepted the way she was. Keeping her hijab on for every shoot was non-negotiable. 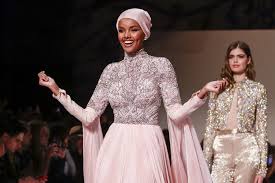 It was so important to her that in 2017 when she signed with IMG, one of the biggest modeling agencies in the world, she added a clause to her contract making IMG agree that she would never have to remove it. Her hijab meant the world to her.

At the start of her career, she would take a suitcase filled with her hijabs, long dresses, and skirts to every shoot. She wore her plain black hijab for her first campaign for Rihanna's Fenty Beauty. The questions are, how did she become a model as a Muslim? Did their parents support her vision?

Modeling was a mere coincidence, never planned for it though. Halima grew up in a refugee camp in Kenya but hails from Somalia. Later, her parents moved to Minnesota in the United States of America with the aid of UNICEF. She then became part of the largest Somali community in the US.

Things suddenly changed for Halima when she was chosen for her high school's first hijab-wearing homecoming queen (an honor bestowed on the school's most popular students). Even though her mum disapproved of it but the news spread like a wildfire. This is how the modeling things began. 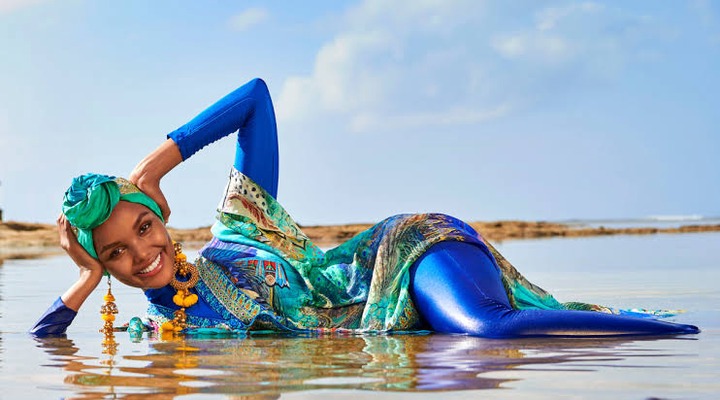 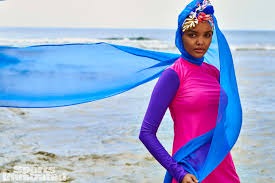 She came into the limelight when she took part in Miss Minnesota USA in 2016. She was the first hijab-wearing contestant and became a semi-finalist. To her mother's dismay, Halima chose to pursue a career in modeling - a career her mother felt conflicted with who Halima was as a person: black, Muslim, refugee!

After Miss Minnesota USA in 2016, she made a lot of achievements and made deals with multi-billion modeling companies. Despite the breakthroughs and brands she had crafted for her name, Halima left all that behind two months ago, saying the fashion industry clashed with her Muslim faith.

Why? As time went on Halima said she had less control over the clothes she wore, and agreed to head coverings she would have ruled out at the start. She hinted: "I eventually drifted away and got into the confusing grey area of letting the team on-set style my hijab."

Later, her hijab started getting smaller and smaller, sometimes accentuating her neck and chest. And sometimes instead of the hijab, she wrapped jeans, or other clothes and fabrics, around her head. 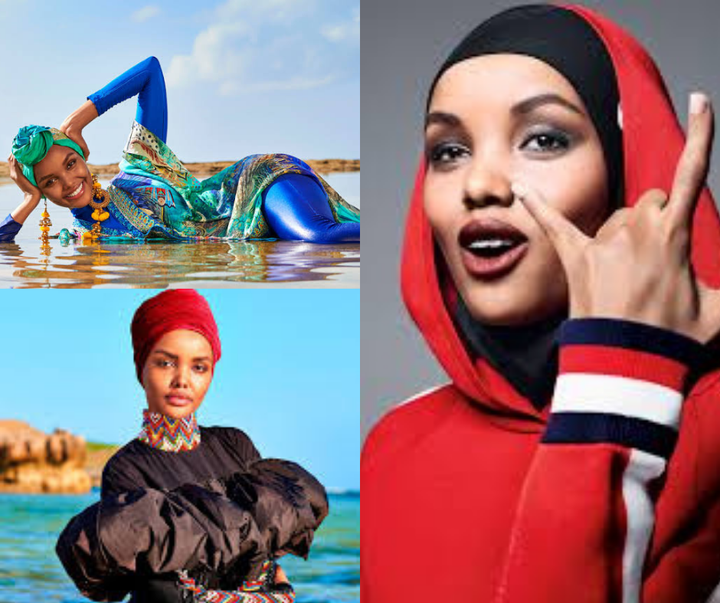 What is your reaction to this Muslim model?