FICTION: The Tomboy and her Bad Boy

By Zuchy (self media writer) | 2 years ago 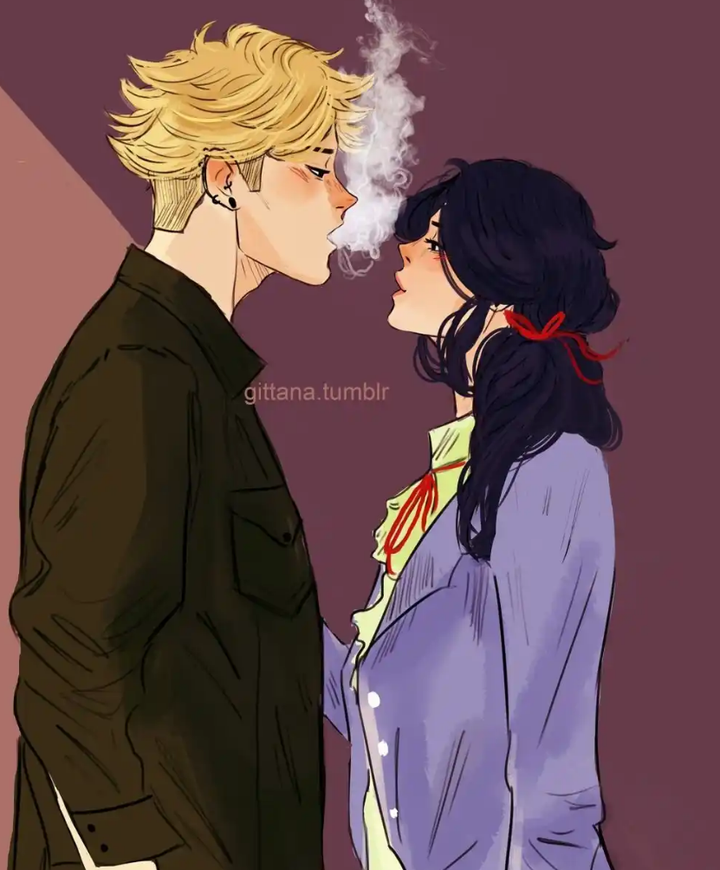 "This is my last warning to you, next time you'll be suspended." The Principal of St. James' Boys Secondary School barked at Andre. Seriously, he would have expelled the miscreant eons ago but the school needed funds. Funds his parents generously donated.

"I'm sorry Sir. It won't happen again." Andre smirked, without remorse. He knew that the Principal would never expel him, the school needed him.

"I've informed your parents of your misdeeds. You may go now." The Principal ordered.

Andre sauntered to his class where his friends were waiting for him. "What happened?" They asked expectantly.

"He just warned me not to repeat it or face suspension. I told you guys, I'm untouchable." Andre said, smiling.

"Andre! Andre! Andre!" His classmates chanted and he waved, like a king being saluted by his people.

Later that day, when Andre got back to the sprawling mansion that was his home, his mother was waiting for him.

"Good afternoon, Mother." He greeted. His mother responded with a slap that left him cradling his cheek.

"You little piece of... how could you? It seems like every time we warn you, it falls on deaf ears. Why did you fight your teacher? After, people will say that your father and I have spoilt you!" His mother yelled.

"In my defence, he told me to shut up in a very rude way." Andre shrugged.

"Probably because you were distracting others with your incessant noise making. Andre, make sure that this doesn't happen again or else, you won't like the consequences!" His mother thundered and left.

Andre was so annoyed. His mother was supporting his stupid teacher and not her son? "So much for motherly love!" He said as he stormed out to meet his friends at their favorite hang out.

Jo tuned out the teacher as she tried to finish a sketch. She really hated Further Math and almost never followed. Who made up such a difficult subject? Anyway, she wasn't missing much. All the wiry man did was to flirt with the pretty girls in the class. Never with her though, but she wasn't bothered. She didn't even want to be considered beautiful. She actually went out of her way to make herself as unspectacular as possible. When other girls tried to make their uniforms short, she made sure hers was knee length. When they made very beautiful hair dos, she just made hers mediocre. She was always a loner. No one accepted her in their cliques because she was different. She wasn't interested in make up, fashion magazines and romance movies. She just wanted to sketch, watch sci-fi movies and listen to music. She was a tomboy and this made her a pariah in an all girls' school like St. Catherine's girls' secondary school.

The bell rung, signifying the end of the school day and she packed her books and ran home. She hugged her father who was watching the TV and after eating, she went back to her sketches.

Her father knocked on her door and entered.

"Josephine, are you sketching again?" Her father asked, sitting on her bed.

"Yes Dad." She said, throwing her pencil down. She actually preferred being called Jo but she didn't mind when her father called her Josephine.

"You are quite addicted to it." He said, frowning.

"Dad, there are worse things to get addicted to." Jo said smiling. The walls of room were covered with posters and drawings, most of them self-made.

"Well, you need to have a life. You know what? Why don't you go hang out at Zanny's?" He asked.

Jo rolled her eyes. Zanny's was a popular restaurant where the cool girls in her school met with the cool boys from the nearby St. James' boys. It was always noisy and crowded and she hated it there. But her father was worried about her so she agreed to go.

When she got there, the place was packed, unsurprisingly. She saw the prettiest girl in her class, Nadia and her crew talking to some boys who were probably from St. James'. Jo found an empty table and sat. She ordered a canned Coke and brought out her sketchbook. She plugged in her earphones and listening to a hard rock number, tuned out the background noise and started sketching.

Andre was actually tired of hearing the girl in front of him yap incessantly.

"Sorry, excuse me." With that, he left and went back to the table where his friends were.

"Andre, what was that? Did you just blow off the hottest girl in St. Catherine's?" His friends asked, mouths agape.

"Yup! She was boring." He said, putting his hands behind his head.

"That's what you always say." They said.

He lit a cigarette and shrugged, "Guess I've seen them all."

"What do you mean?" Andre asked, puffing out smoke.

"Look at that girl over there, I bet you won't be able to talk to her. I mean, she'll blow you off." One of his friends pointed at someone.

At first, Andre thought that the person hunched over what looked like a drawing was a young boy but on further inspection, he found out that it was a girl. A girl in a huge tee shirt and huge jeans. A girl who seemed out of tune with what was going on around her.

"You're afraid." They taunted.

He squashed his cigarette and stood up, adjusting his shirt collar, "Me? Afraid? Watch and learn how it's done." He said and marched over to where the girl was.

Jo was admiring her work, when she felt a tap on her shoulder. She removed her earphones and looked up angrily. She hated when she was interrupted.

She looked up to see a tall, lean boy with a fashionable hair cut and piercings on his ear.

"I'm sorry, I saw your drawing from my table and I just had to come over and tell you how good they looked." Andre said sweetly.

"That's a lie. It would've been impossible to see my drawing from that angle." She said, not looking at him.

"Hah Hah! You got me. Fine, I didn't see your drawing. I saw something better, your face." He said as he sat next to her.

"Seriously? I think you should leave. You smell of cigarettes." She said, wrinkling her nose.

"Well, I just had a smoke." He said, scratching his head contritely. Andre was a little annoyed. Who did this goody two shoes think she was? She was not even as beautiful as the girls he rolled with. He looked at his friends, who were watching them raptly and decided not to leave. His reputation depended on this.

"What did you draw?" He said as he reached for her sketchbook.

Jo clutched it away from his grasp, she hated it when people touched her book without permission.

"Since you won't leave, by all means, excuse me." Jo said, as she stood up and left.

Andre turned to his friends with a smile but he saw them laughing and pointing at him. He vowed to get back at the scrawny girl who had just blown him off.

Content created and supplied by: Zuchy (via Opera News )