Advice on the best way to pick a partner for marriage and marital bliss.

By Leescorfied (self media writer) | 2 years ago 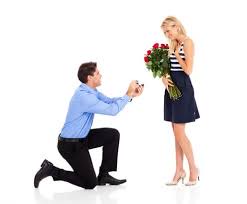 Most people go through life looking and searching for that "perfect" in quote partner that is exactly compatible with them like the nigerian musician Paul Okoye aka Rudeboy sang in his new single "perfect woman"lol, do that really exist?. The word Love has been a controversial issue that people doesn't really know exactly what it portend, it has been subjective, having different meaning and perception to different people.But the question is;

What is the true meaning of Love? The true meaning of love should be the kind of love God exhibited for us all even with our unforgivable sins and blemishes, the sacrifices he made by sending his only son "Jesus christ" to deliver us all of our unrepentant sins, i mean who can beat that?. When you look at this scenario about God's love and sacrifices, you will see how genuine it is and how unconditional it is regardless, this same love exhibited by God was extremely base on "Choice" , thereby, He made the choice and resolution to deliver us all from our sinful ways without condition since we are fleshy men subjected to the body factor which means as long as we leave on earth, we are bound to sin. Bringing this ideology of love to our everyday life should utmostly be the best way to leave comfortably with others in any level of relationship whatsoever. 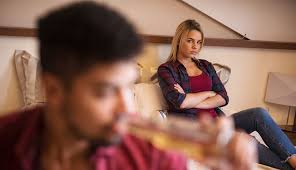 To be more specific, finding a partner for a marital relationship shouldn't be complicated as people make it seem, if we try to apply this Godly ideology sighted earlier, i bet you, it's an antidote for relationship issues when you look at it critically. Love is Choice; as establish earlier, Love is never an emotion but if it is, it becomes LUST, Infatuation and conditional; it will now look as if you never really loved the person in the first place, it was all base on a reason and conditioning and when that reason and condition has not been fulfilled or even fulfilled and maybe your heart has been shattered by the person in question; then you end it or quit without looking at the time, energy and effort spent in growing such relationship. My point is a conditioned emotion is a feeling which comes and go, is like a hormone release in the body,a chemical rush when excited, it's like a rush that is temporary, what will happen if those emotions is no more there? or will it remain there forever? that's why when you think you had love someone and they break your heart or they do something unimaginable to you, you will become broken and quit without a second thought; that's conditioned emotions right there. The genuine love that comes with a choice won't make you quit because at the initial stage you had accepted and chosen to love this person in both the good and the bad times regardless of the gravity of things, you made that choice. Am also not disputing the fact that one won't be broken, it's a natural phenomenon but true love will heal and stick around to the end and that's what God exhibited for us all( all we needed is to ask for his forgiveness only) and same goes with us if a partner who has offended us is remorseful about it.

To play safe as human looking and searching for a partner, "as we are human we can't be like God" there are things we have to put into consideration before taking the bold marital step : since having it in mind that you can love everybody unconditionally and you want to get a partner for marriage, make the right choice of picking someone you can love genuinely and unconditionally without fault regardless of his or her flaws, i mean, someone you have the capacity to cope with, only you yourself know it, yes you! in other to avoid the story that touch when in marriage, pick someone you can manage all the imperfections that comes with him or her without blinking and continue loving unconditionally. The choice you have made shows you have accepted that person in the good and bad times unforeseen occurrence that may reflect while with that person in the long run. Applying emotions which some people see as love will only get you burnt in the long run or even before your relationship or marriage starts, you will never know what you will expect.Human beings change, a good girlfriend can become a bad wife vice versa, but choice is the key in salvaging situations like this, because Love is a choice.

Let me use this medium to paint a describable illustration on this ideology so we can understand better:

A maize farmer having a maize farm with healthy maize ready for harvest in his farm called is son on a specific day and told him to go to the farm, walk through each rows of the farm without going backward and that he should make sure he comes with one maize cob, then his son left and set out to the farm, on getting there, he saw the maize plantation was ripe, mature in different sizes and beautiful, so he was instantly confused about the one to pick. He passed the first row, he couldn't pick any one because is mind was; if he picks any from the first row there might still be better ones ahead, he passed the second still same mindset, same confusion, then he passed the third and this he did through all the remaining maize farm rows thinking there is always a better one ahead than the one he has seen, without picking any one atall. Then he went to his father and told him he couldn't pick anyone because all the maize he saw was good enough, on hearing this, his father sent him back to do the same thing, with the instruction of coming back with a maize cob by compulsion. So he left and this time around he picked the one he finds appealing to him without blinking and went straight up to his father to present it, when his father got the maize cob from him, then told his son the real implications of the quest he embarked, by saying;

"The first time you went and couldn't pick any maize cob atall, is an indication of "lust and infatuation" when it comes to making a choice of a partner to marry,in actual sense, you will keep jumping from one partner to another thinking there is a better one to meet ahead till time leaves you. And the second time you went and brought a maize cob for me was an indication of "love " when it comes to a choice of partner for marriage, you chose that maize cob not because its the best among the rest neither is it that you love it or it appeals to you alone from the rest but you picked it just for the fact you chose to in particular, accepting all the quality it has unconditionally without a second thought".

That became a lesson to be hold for the child to go through life when he wants to pick a partner for himself for marriage, a kind of an advice and a word of wisdom from his father.

This scenario depict and explains everything have been saying earlier about the true meaning of love and how to get a partner to engage with maritally without hassle and delay.

In summary, love is a choice, emotions should not be attached in place of love, it shouldn't be your bases of picking a partner for marital bliss, Love should be unconditional before you make that choice of the one you want to spend the rest of your life with, not conditioned.

I hope this appeals to someone.

Expect more inspiring and life filled article from me.

Content created and supplied by: Leescorfied (via Opera News )