BBNAIJA: See How Fans Voted For Past Winners Of Bbnaija (Whitemoney, Laycon, Mercy, Miracle And Efe)

By Olamiju.Daniel (self media writer) | 14 days ago

The big brother Naija season six started on the 24th and 25th of July 2021, and it ended of the 3rd of October. The male housemates were introduced into the house on the 24th, while the female cane in the next day. Four housemates were added to spice up the show after two weeks the show premiered. Whitemoney won the 90million grand prize as the winner of the reality show with the highest number of votes.

Below are results of past winners of the reality show, including whitemoney. Efe was the winner of the second season of the big brother Naija reality show, he made it to the final week as the only male housemate in the midst of Bisola, Tboss, Marvis and Debbie Rise.

Efe had 57.61% of the total votes, leaving the reminder contestants with less than 50% votes. 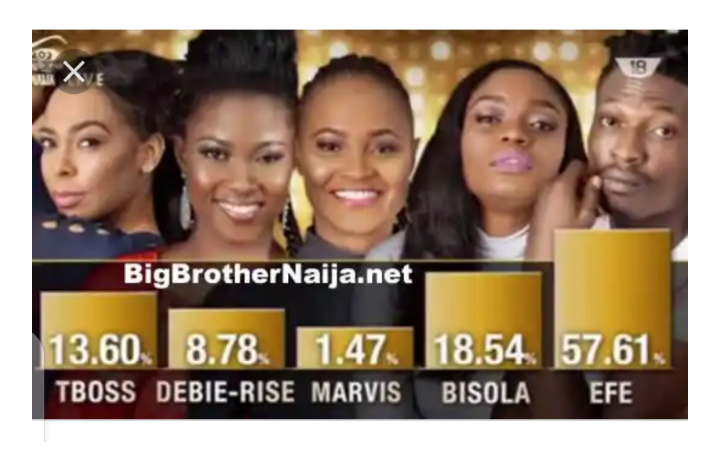 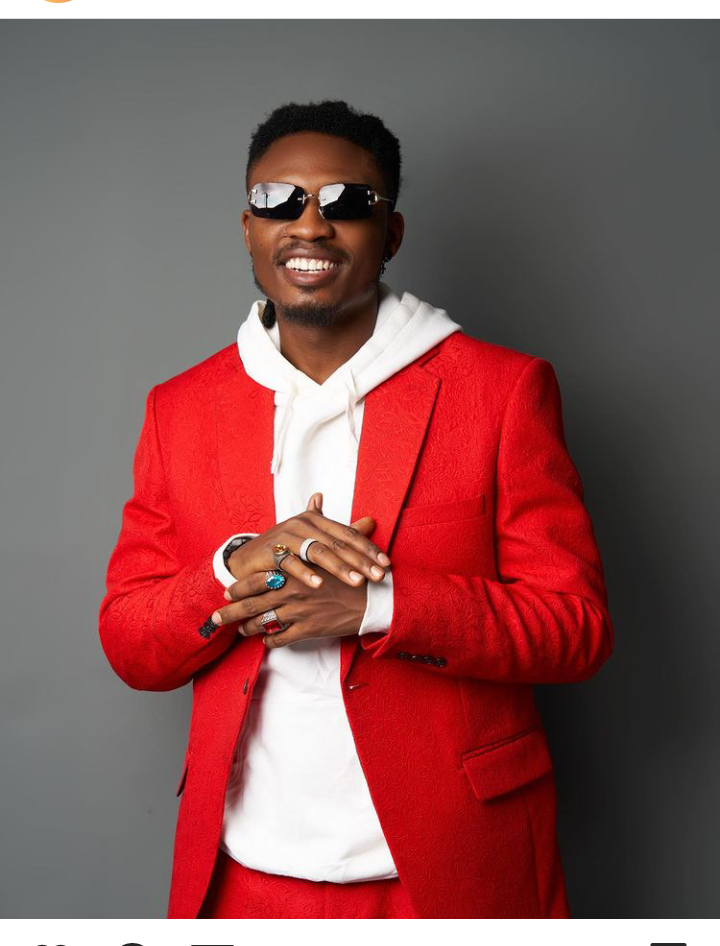 Miracle was a finalist with some of the strongest housemates like Cee and Tobi. He was on the reality show with Nina, Khloe, Bambam, Lolu, Alex, Rico Swavey e.t.c 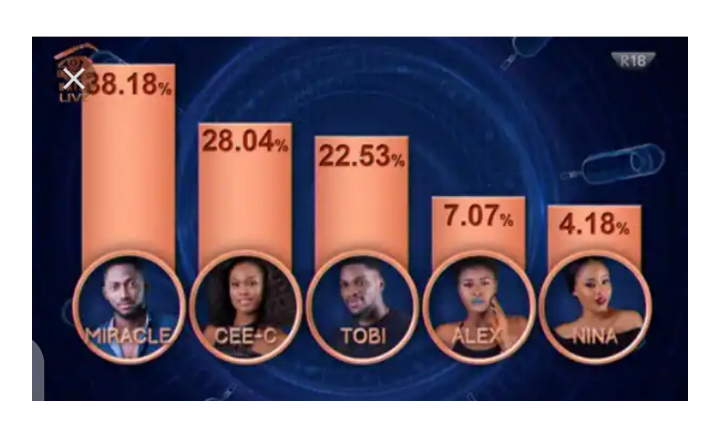 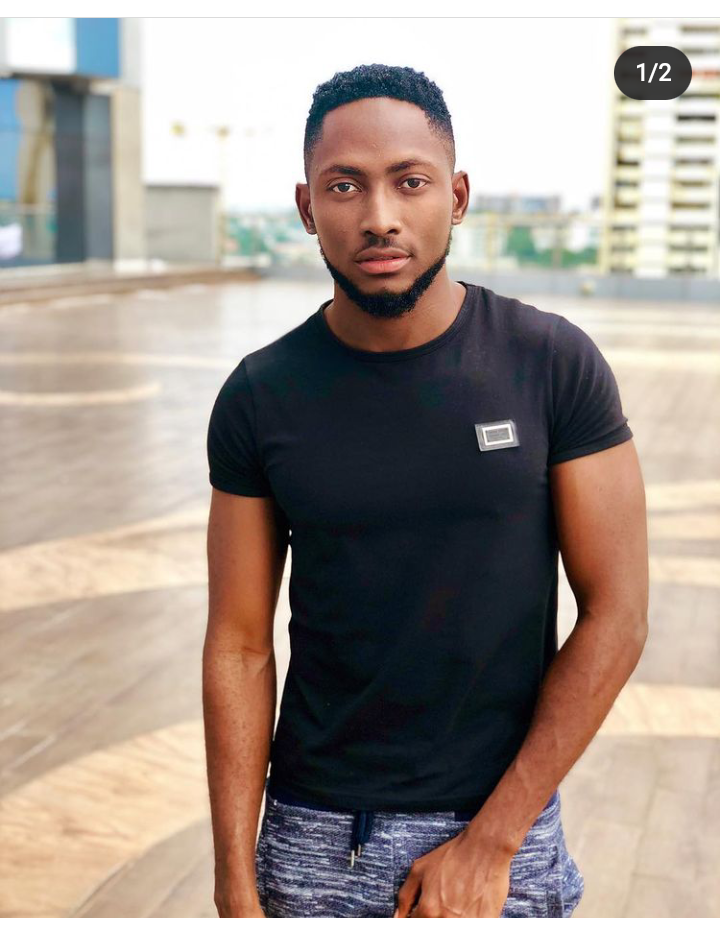 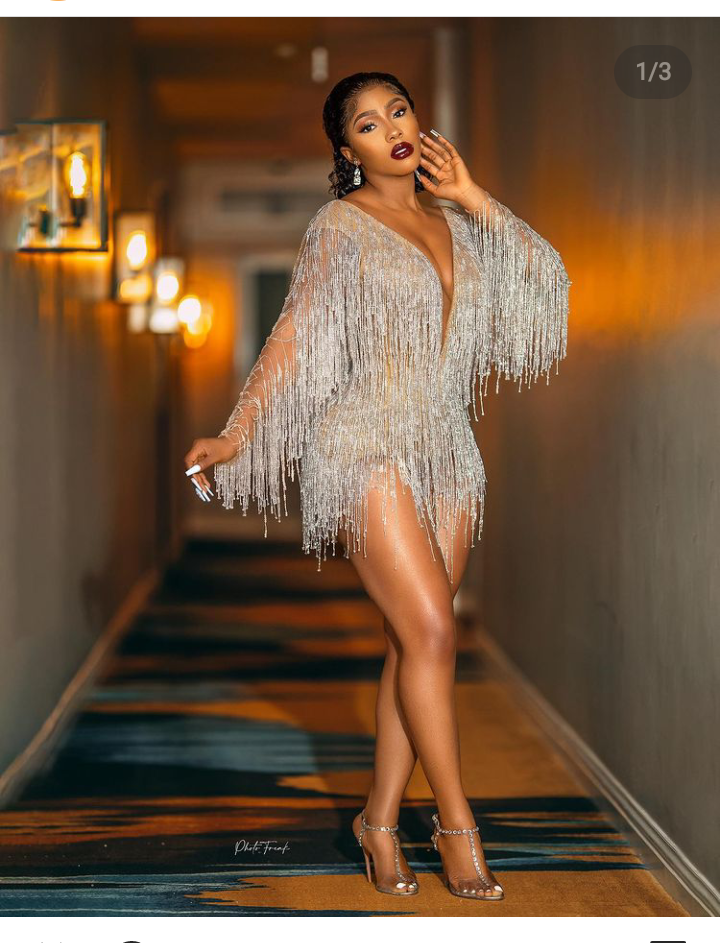 Mercy Eke was the first female to ever win the big brother Naija reality show, and also remain the only female winner.

Her season had all the strongest housemate as finalist, except Tacha who got disqualified. 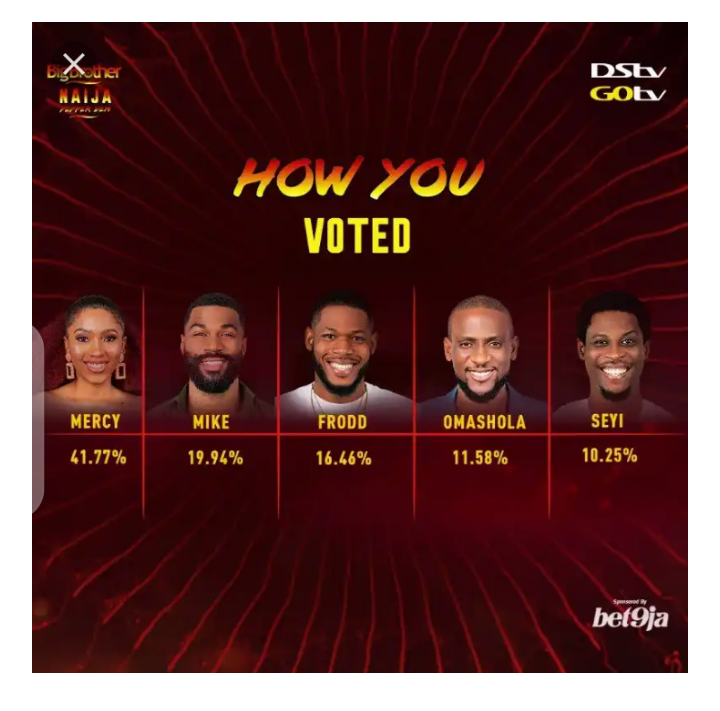 Mercy Eke, Frodd, Mike, Seyi and Omashola were all finalist. The fifth season of the big brother Naija reality show, tagged the lockdown season is arguably the most popular season, due to the global pandemic and lockdown of offices and other business places.

Lot of people were able to watch the reality show, which Laycon merged the winner. 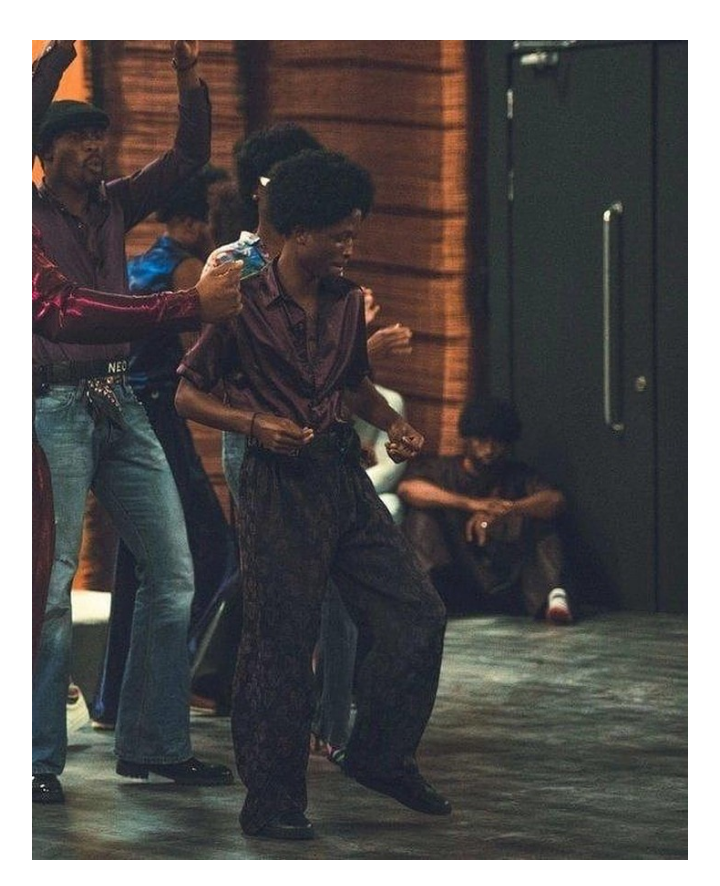 Laycon was in the big brother Naija house with Erica, Ozo, Kiddwaya, Tolanibaj, Nengi, Lilo, Dorathy e.t.c . He won with over 60% votes. 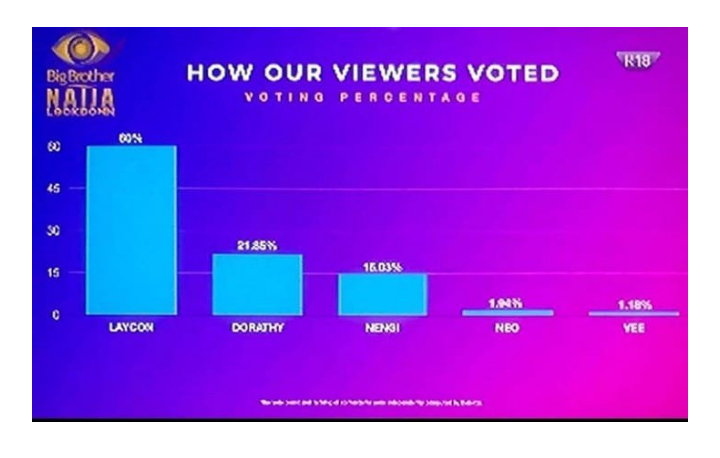 The sixth season which is the latest season of the big brother Naija reality show ended today with white money winning the competition with over 40% votes, which Liquorose came second. 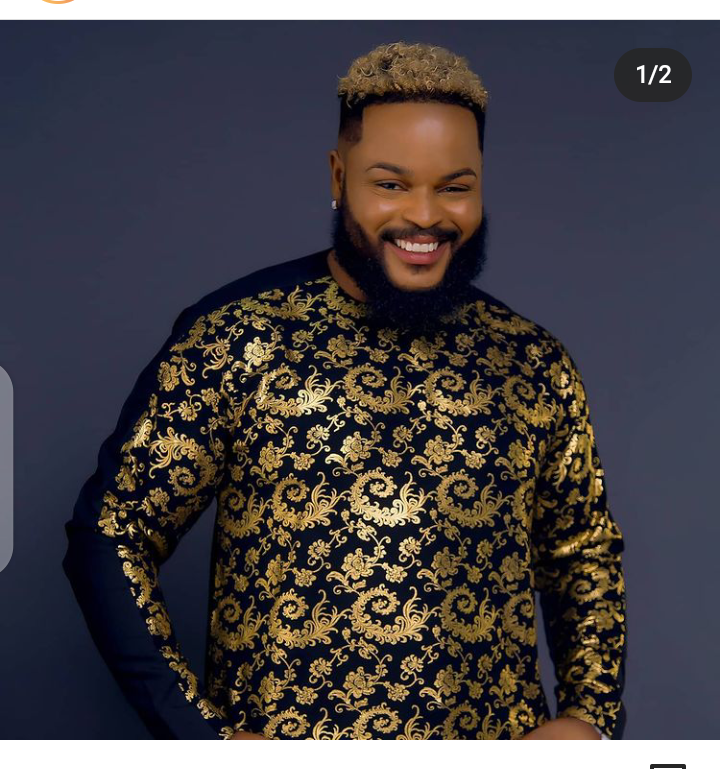 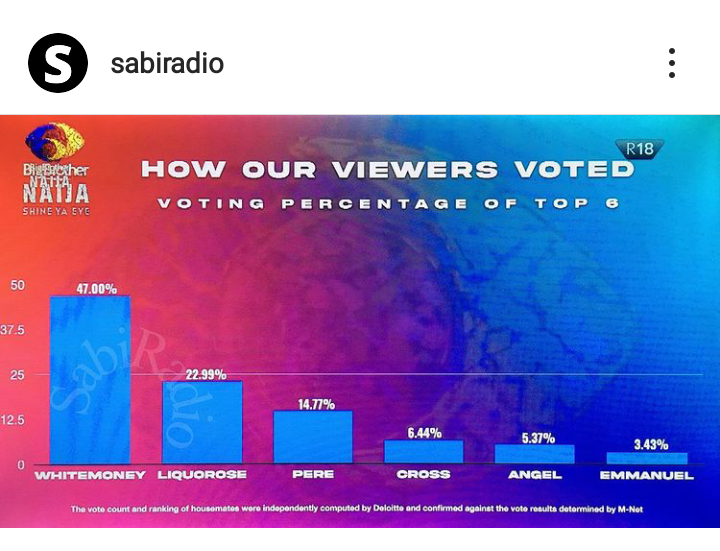 Below is the picture of Katung, the winner of the first ever season of the big brother Naija reality show, which also featured Ebuka Obi Uchende. 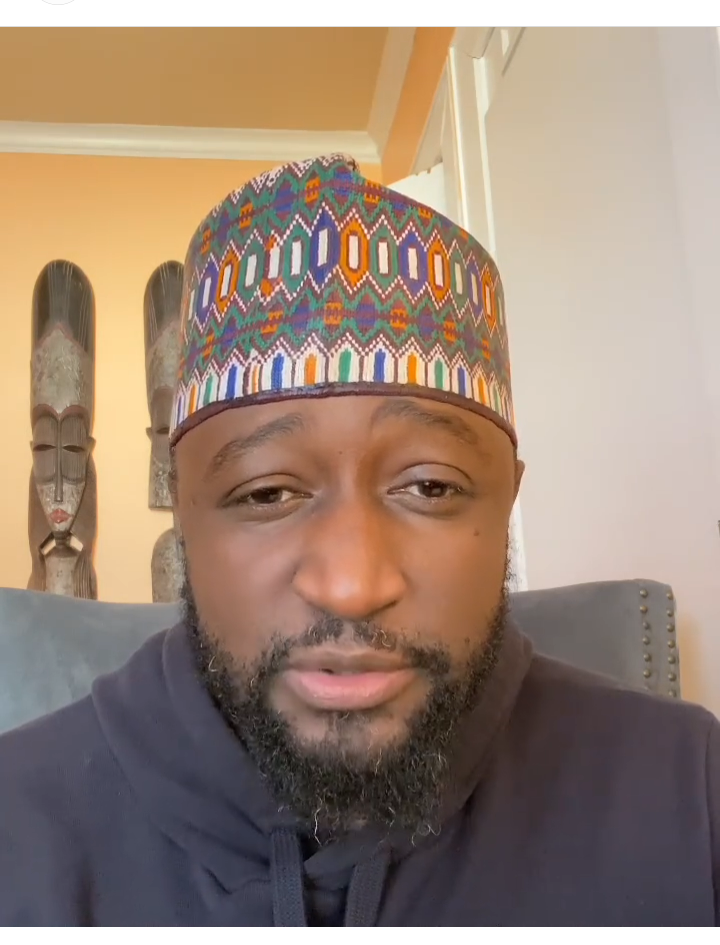 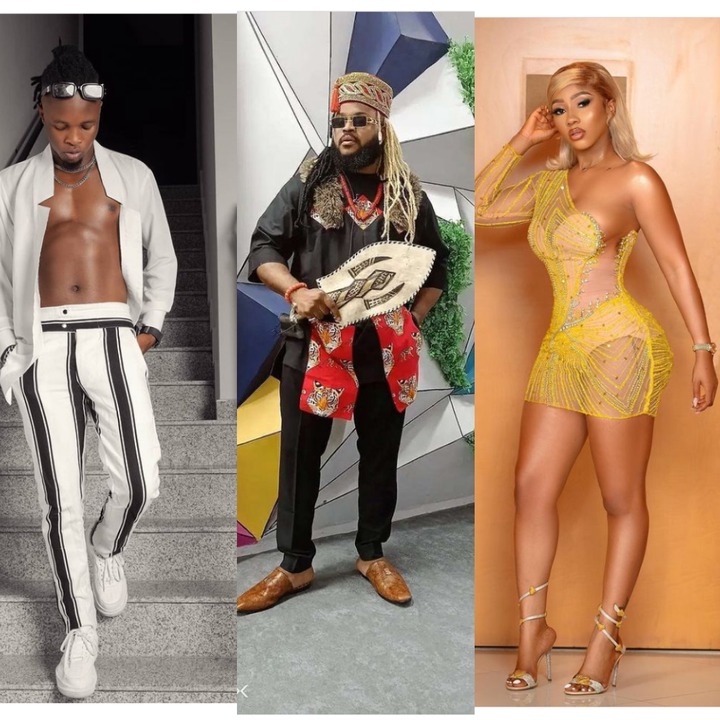