Ada Jesus, who is a social media comedienne sickness has gotten so bad as she could hardly speak. The young lady who has been doing comedy for some time now gained popularity especially among the easterners people because she speaks Igbo in most of her comedy videos. 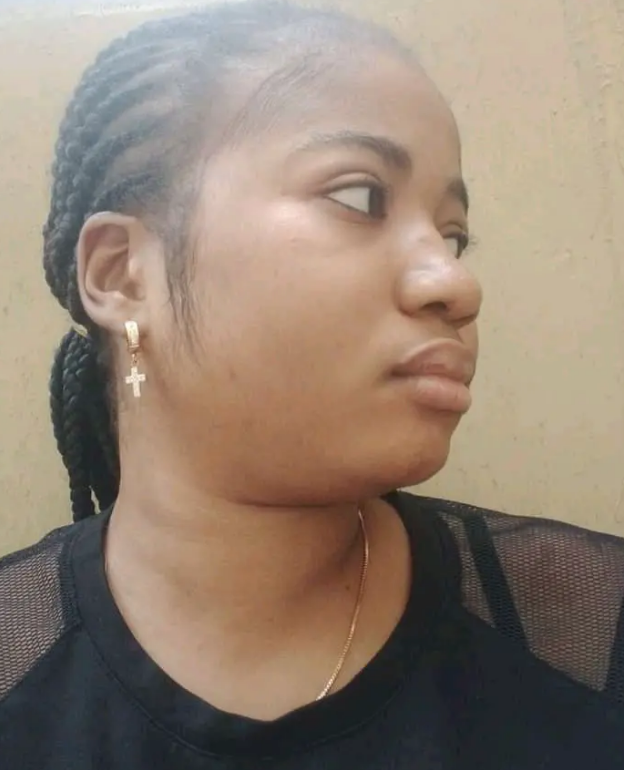 However, the lady called popular Anambra pastor, Chukwuemeka Odumeje, the Indaboski Bahose in some of her videos, accused him of faking miracles, and that she has been helping to bring people to fake miracles for him. She also accused a popular Nigerian actress Títa Edochie that she works hand in hand with the pastor to bring people for fake miracles in Church. Rita Edochie who once said she will never forgive comedian Ada Jesus for lying against her that she works hand in hand with popular controversial Onitsha based pastor, Prophet Chukwuemaka Odumeje, to bring people for a miracle in his church Ada jesus in some videos shared online called them fake, and said Rita Edochie, and her prophet Odumeje were fake, and they perform fake and staged miracles in their church. 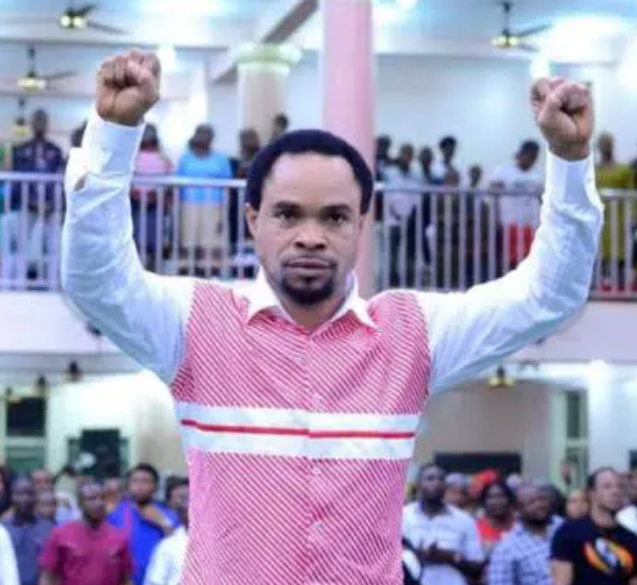 Her family took Ada jesus to Prophet Odemeje church to seek for forgiveness. However, prophet Odumeje, and actress Rita Edochie refused to forgive Ada Jesus, and this has draen lot of reaction from Nigerian. However, the actress has reverse her decision, Rita Edochie who once said she will never forgive comedian Ada Jesus for lying against her that she works hand in hand with popular controversial Onitsha based pastor, Prophet Chukwuemaka Odumeje has decided to forgive her. 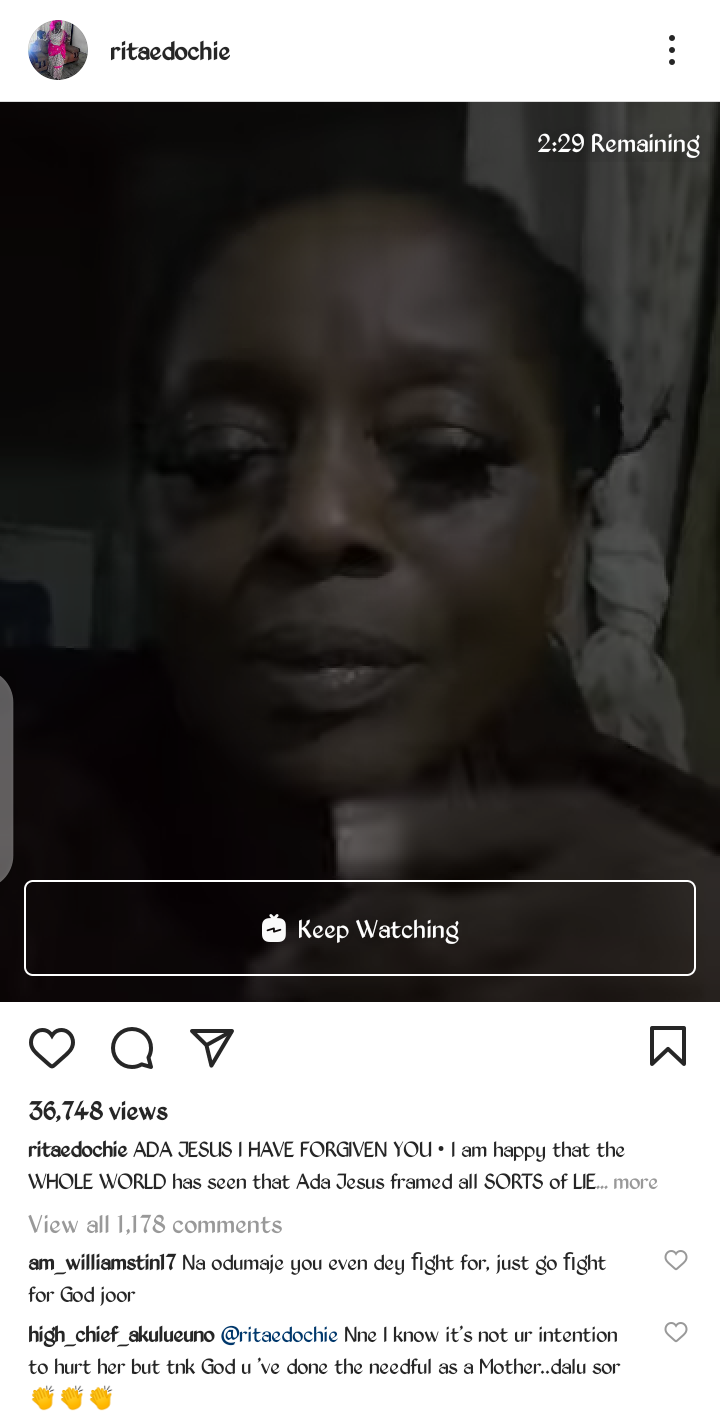 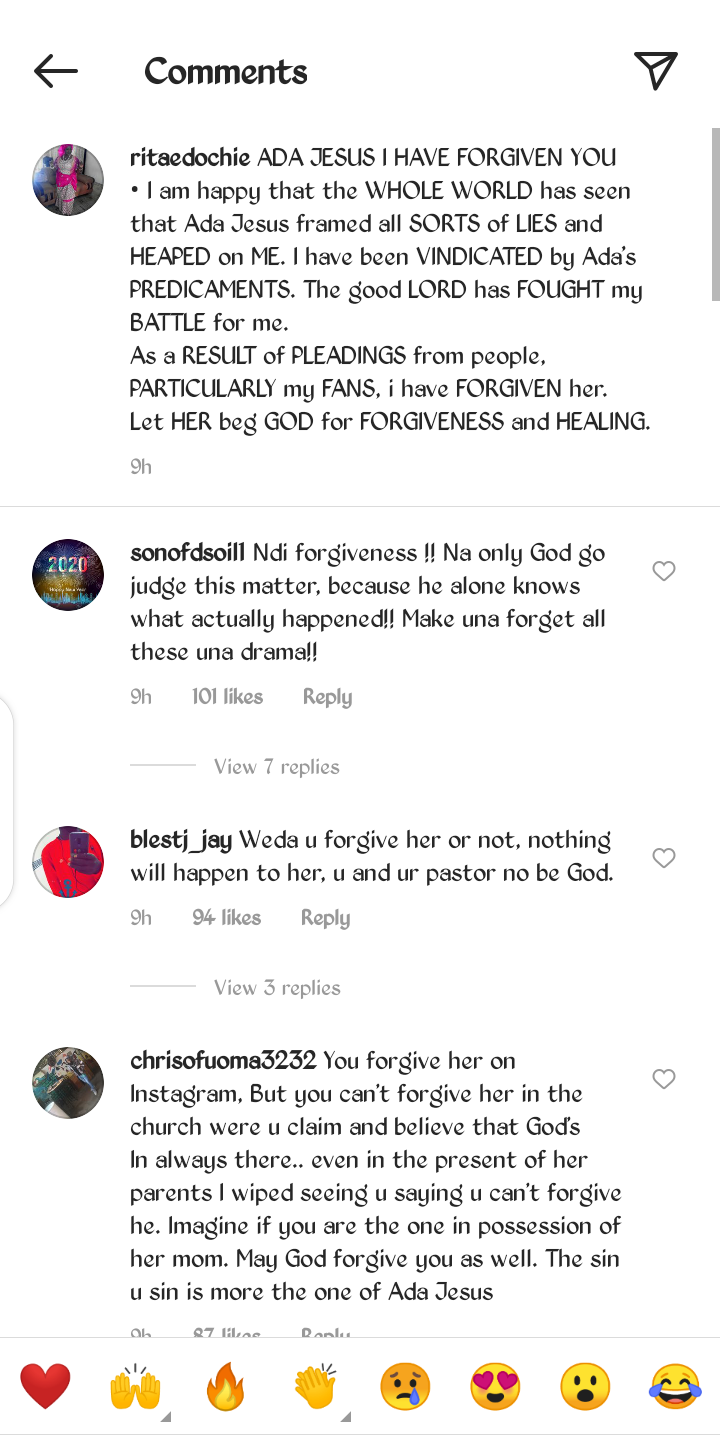 However, her forgiveness didn't go well with some peoole as they criticize her that she only forgives her on Instagram not in church infront of people.

A lady says "Too late, I'm so disappointed". 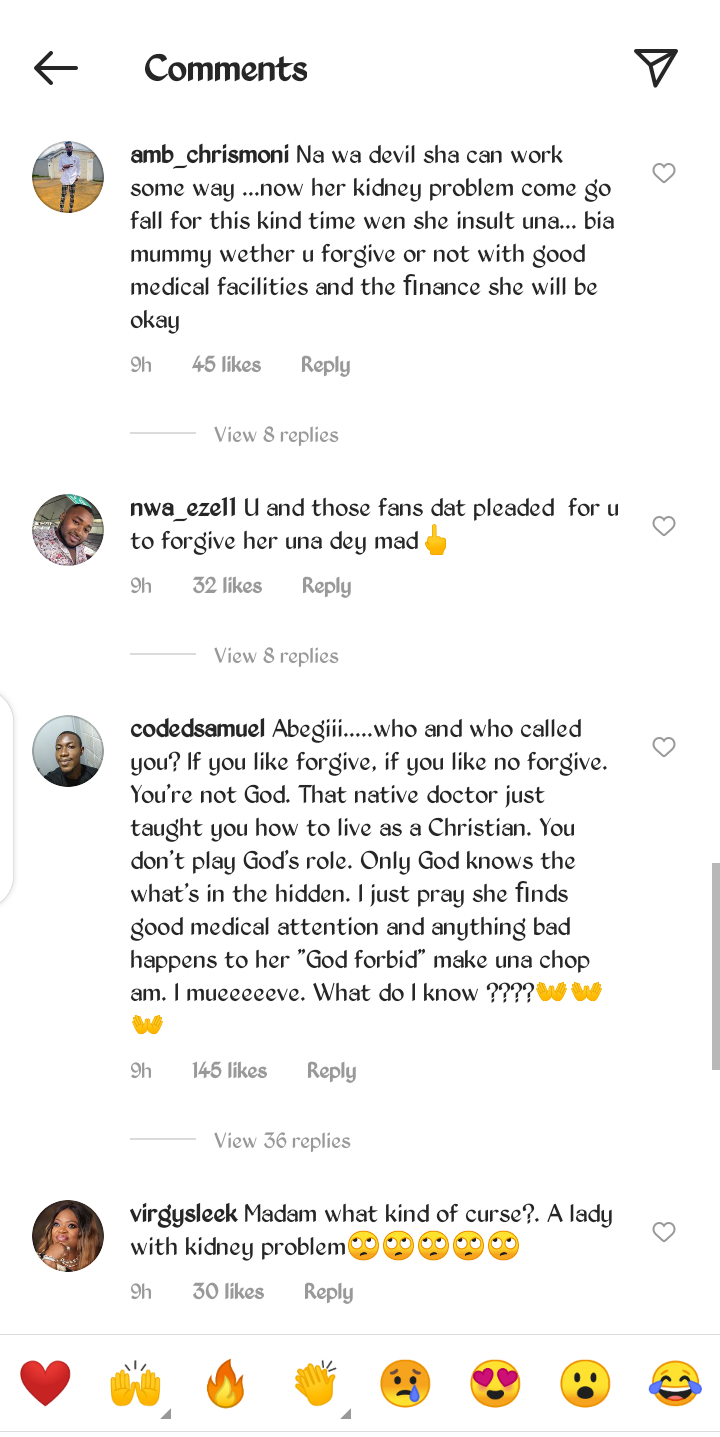 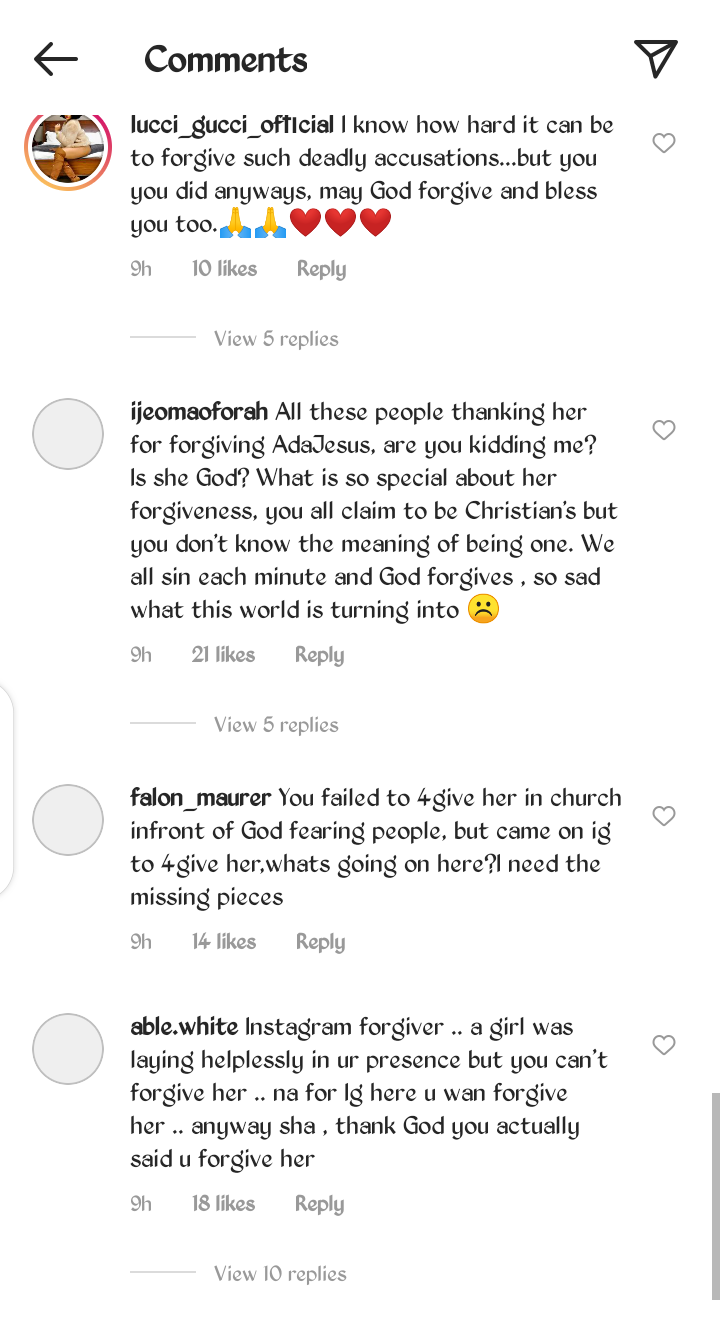 What do you think about her forgiveness, would her forgiveness heal Ada from her sickness after laying curse on her in the presence of God. Let's have your thought in this.