The Afro-pop musician, 2face has 7 children. They are not from the same woman, but all are his kids. 2 kids are from his wife, Annie Idibia while the remaining 5 children are from different baby Mama's.

However, for the purpose of this article we shall talk about 2face, his wife, Annie Idibia and their two beautiful daughters. 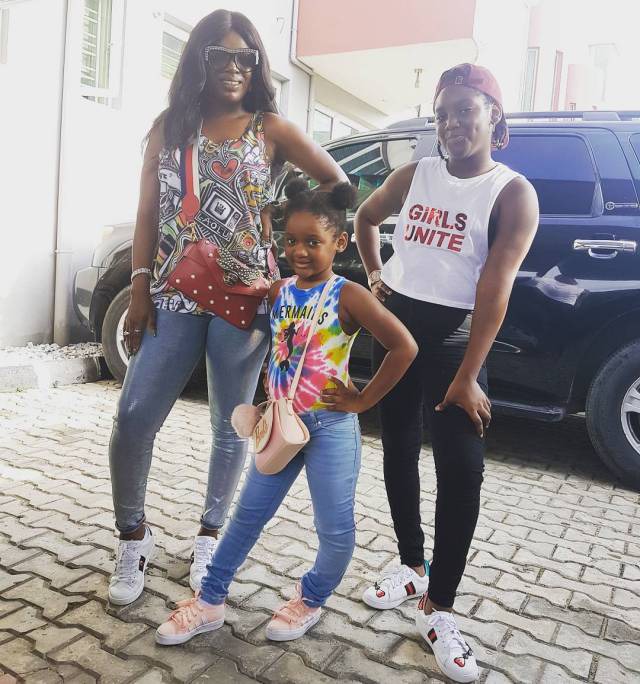 2face or 2Baba are the names that belong to the same person. He is a famous Nigerian singer who writes songs, produces music, and has other businesses.

The celebrity’s real name is Innocent Ujah Idibia. People who listened to Idibia’s music more than five years ago remember him as 2face Idibia. It was his stage name, but it got finally changed to 2Baba in the summer of 2014.

Innocent Ujah Idibia was born in Jos, Nigeria on September,18 1975. He is from the Idoma ethnic group in the southern part of Benue State, in central Nigeria. He attended Mount Saint Gabriel's Secondary School in Makurdi, Benue State. He enrolled at Institute of Management & Technology, Enugu (IMT), where he did his preliminary National Diploma course in business administration and management. While attending IMT, he performed at school organised shows and parties, as well as other regional schools.

He eventually dropped out to pursue his music career. While attending IMT, 2face Idibia started composing and singing jingles at the GB Fan Club at Enugu State Broadcasting Services (ESBS) in 1996. 2Baba released his debut solo album Face 2 Face (2004), which established him as a viable solo artist.

In 2006, his song "African Queen" was used in the soundtrack for the film Phat Girlz , which was released internationally. 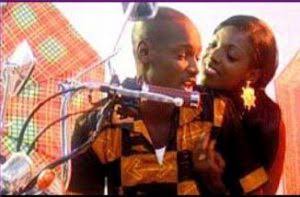 2Baba has also been an ambassador for quite a number of brands including Guinness, Nigerian Breweries etc. He is also the brand ambassador for National Agency for Food and Drug Administration and Control. 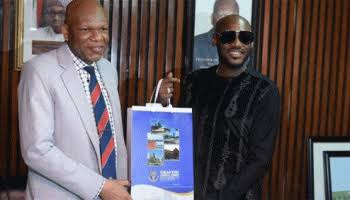 Annie Macaulay Idibia is married to 2face Idibia with whom she has two children. 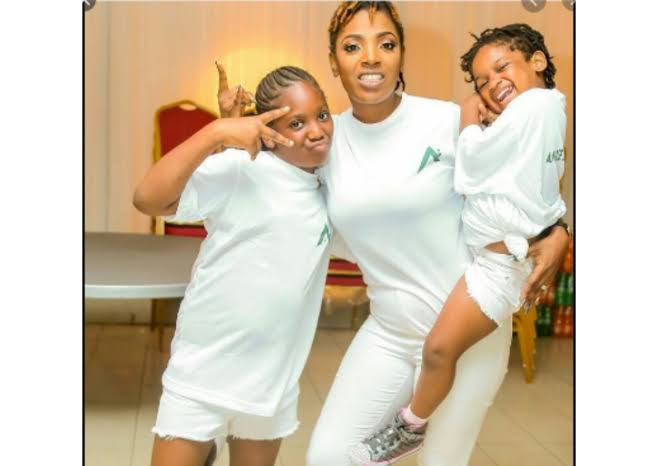 Annie was born in Ibadan but is originally from Eket in Akwa Ibom State. She moved to Lagos with her mother after the divorce of her parents.

She holds a degree in Computer Science and Theatre Arts after completing undergraduate courses at Lagos State University and the University of Lagos respectively.

Annie was one of the vixens in 2face’s first official video as a solo artiste - African Queen - shot in 2004.

The celebrity couple are parents to 2 girls; Isabella Idibia and Olivia Idibia. Isabella is Annie first daughter. She was born December 10, 2008. She is 11 years old and now in secondary school. Olivia is Annie second daughter and 2Face last child and daughter. she was born January 3, 2014. She is 5 years old and very cute.

WRITE UP CREDITED TO MICKYPAULAB70