By Africanews1 (self media writer) | 1 year ago

Burna Boy and Davido are considered to be among the most talented musicians in Nigeria because of their achievements and fanbase but unfortunately it seems that their is fight going between both of them. 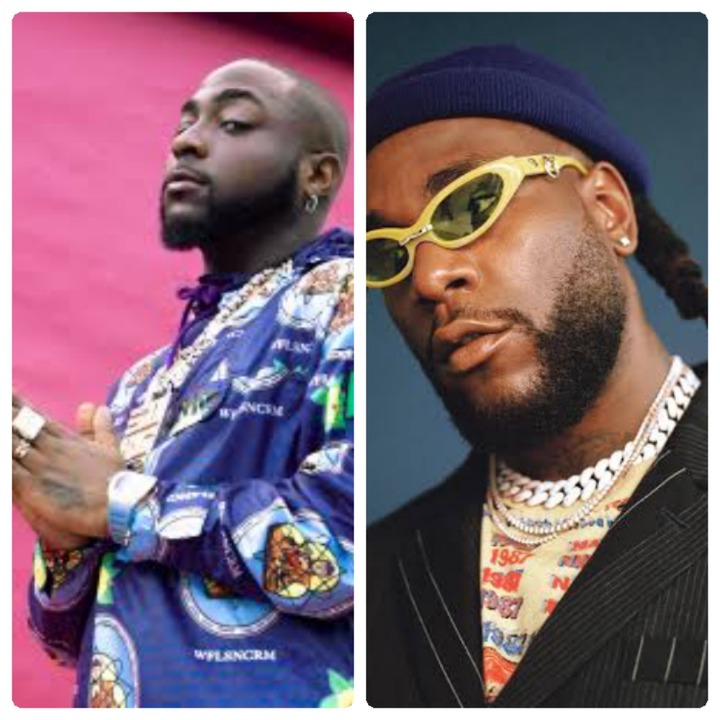 Recall that Davido is about to release an album titled 'A better time' and Burna boy took to his official twitter account to share a post in which he allegedly called Davido "Floppy disk" and many people on twitter believes that he is criticizing Davido's album.

Davido revealed that he was able to record a song with Nas after he met him in the bathroom and Hit boy made the record possible by giving him a free room.

In his word, Davido said "Funny how this record came alive from me meeting @nas in bathroom @Hit_Boy studio session he had like 4 rooms booked that day HIT gave me of the rooms for free and made this record happen !Thank you!!CRAZY DAY IN LA! Oh yea we shot the video two days later .. can’t wait for ABT". See the screenshot of the post below: 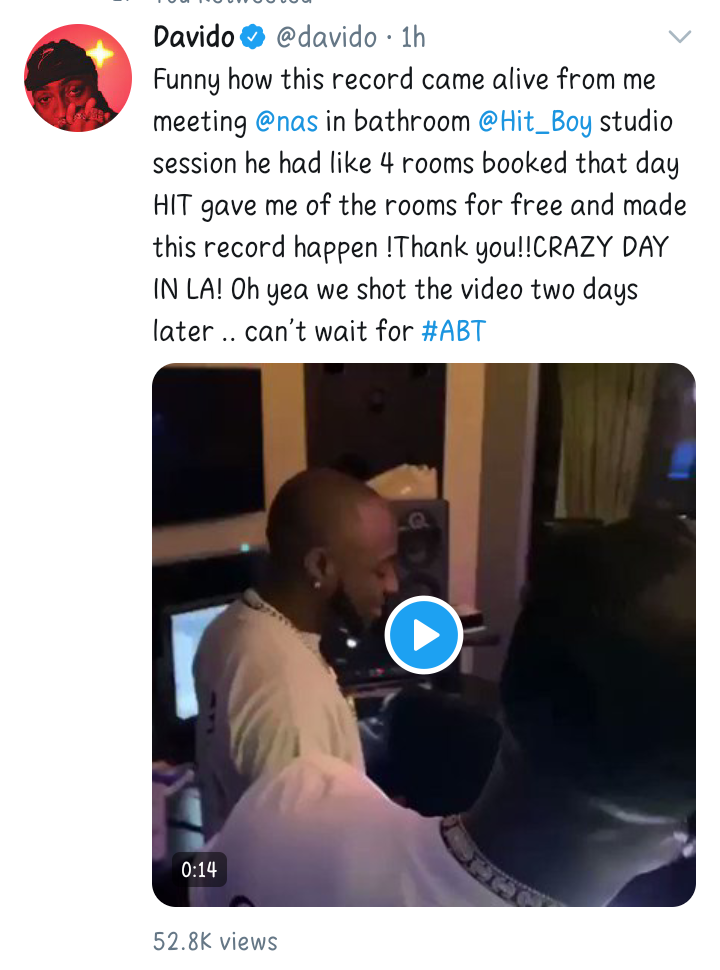 Kindly drop your opinion on this article in the comment section and share it with your friends and family.

Content created and supplied by: Africanews1 (via Opera News )