FICTION: Him, Her And I (A Beautiful Story) 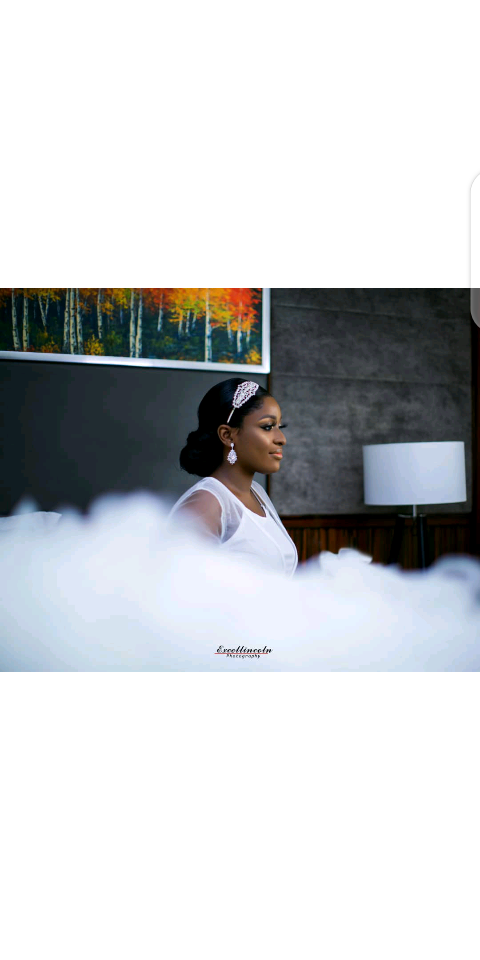 “So what’s up? Did he get a positive answer?” Papa said as he was obviously teasing me.

“What were you expecting?” I asked very angry at him for not opening his mouth to propose me. If he had done the right thing, over-confident irritants like Bro Kennedy won’t have the effrontery to splash saliva on me in the name of asking me out.

“Well, I believe you know what you want and when what you don’t want comes your way, you discard them,” Papa said with a serious tone though he had a smiling countenance.

“Why is Papa behaving this way, it is obvious he likes me and wants me to himself, but he is not opening his mouth to say it. Here he is, speaking in parables,” I reasoned silently with pain in my heart.

“Papa, what do you want?” I asked very frustrated. If he wasn’t going to talk, I was going to force him to.

“I know what I want and I know when and how to get it,” he said still laughing. This was getting really annoying... If not that God told me He was His will for me, sometimes Papa’s unserious attitude could make you hate him.

“Am I the one you want or am I just hanging around you deceiving myself?” I blurted out...

You should have seen the shock on his face, but he asked me to sit.

“Timi, wow, you really have some guts. Well... I like you, but I am yet to get a confirmation from God concerning us. You are the kind of woman I want to spend the rest of my life with... you have been my friend for two years and you know me in and out, but I still need to hear from God.”

“Wow! Are you serious?” he said laughing again and jumping...

“That is amazing... I hope God speaks to me soon. In the meantime, pray that God reveals His perfect will for us.” With that, Papa stood up and took me by the hand in abway to show we were going to the altar...

“So, Mrs Ayorinde to be, can we go eat?” he said jokingly.

Hand-in-hand, we walked out of the fellowship center and I took that as a validation that he had accepted me as the will of God for his life.

I took up the full responsibility of caring for him more, washing his clothes, cooking for him and chasing away the roaches, until a tiny little roach came in.Her name was Mmesoma.

Mmesoma was a transfer student from one of those Christian Private Universities. From what she told me, her parents could not afford her school fees anymore and since the fees was way too expensive, she opted out and volunteered to complete her university education in a federal university. Her uncle was the Vice Chancellor so the transfer was quite easy.

Her cousin who was my friend from way back secondary school was the one who contacted me to please accommodate her till she could find her own apartment. I obliged her.Mmesoma looked very beautiful and very harmless. I was the one who caused the trouble. I invited her to join our fellowship as I saw her devotion to God.

She never missed her 5am to 6am devotion every morning. She was so grounded in the Word and she carried herself in a very attractive way. She wasn’t seductive but she had an aura around her that attracted people to her.

The day I invited her to the fellowship and introduced her to Papa, I saw the instant connection. Papa kept casting glances at her throughout the service.

I knew there was trouble in my paradise and I needed to act fast.

After service, I noticed people were saying “hello” to Mmesoma, but I wanted to get her out of the center before Papa reached her. I saw it, I saw Papa going close to her, so I stopped talking to Sis Grace who was trying to show me a new video of a song. I was walking towards Mmesoma in a rush and yes I got to her in time before Papa.

As I was stylishly pulling Mmesoma out, Papa and the last person I wanted to see in my life walked up to me...

Your guess is so right! Bro Kennedy!

“Sis Timi, can I have a word with you privately?” Bro Kennedy said.

“I am sorry, I don’t want to keep our new member waiting, I brought her for the service,”I said.

“It’s ok, I will just hang around,” Mmesoma said.

“I will keep her company instead,” Papa said while speaking to someone else. How did he hear our conversation?

There was no way out, Papa was going to speak to Mmesoma, while Bro Kennedy was going to bathe me with saliva all in the name of talking...

Content created and supplied by: Peace27 (via Opera News )